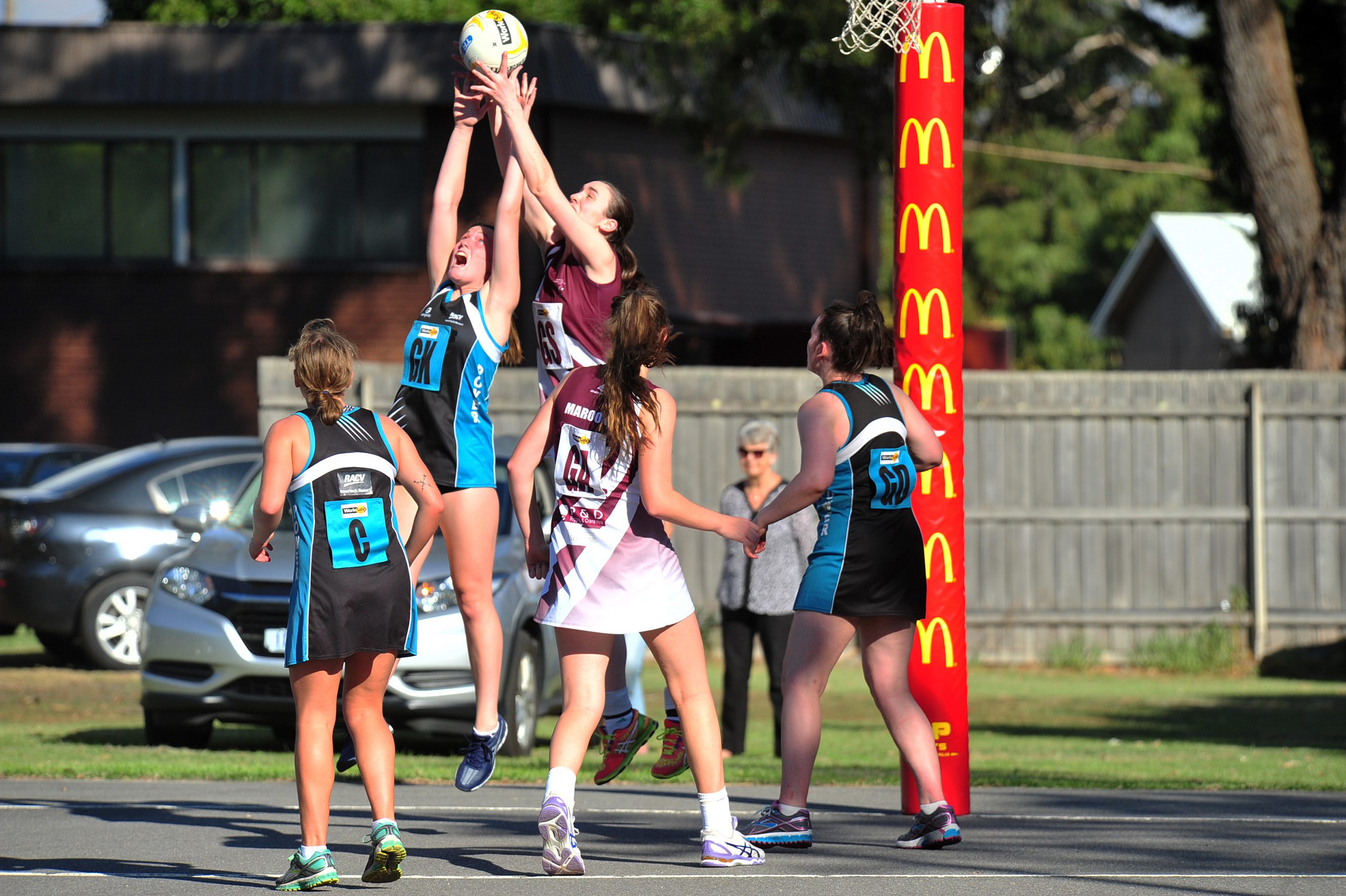 A win, a draw and a loss is the wash up from the first round of Gippsland League netball for the Latrobe Valley teams.

Hosting the Wonthaggi Power, Traralgon came away with a huge win, more than doubling the opposition score, 68-33.

“It was exciting to come away with such a large win,” Maroons coach Kate French said.

Traralgon powered away in the first quarter, only to see the young Wonthaggi side, led by Courtney Blair, push back in the second French took the privilege afforded by a large lead to mix up positions in a test of versatility.

Yet the Maroons’ shot again in the third and by then it was pretty much all over bar the question of how big the win would be?

Taylin Gourley was strong in her first competitive game for the club, taking high balls and using her reach to advantage.

Bec Jennings and Ally Petrou – who’s back at the club for the first time since lifting the 2015 premiership showed reliance and strength down back.

The match also marked Jennings and Maddi Stockdale’s 100th senior game for Traralgon and French said the win was a great reward for both.

It’s not your grandma’s Warragul A grade side that’s lining up this year, and Moe found that out the hard way.

Before a ball was even passed the Lionesses had a short bench and only two regular A graders in their side.

Despite that Moe took the lead early in the first and built on it at every break.

That was until their short bench and less than desirable experience at the top level came back to bite as Moe’s defenders, who had already played four-quarters in the heat, found the going tough.

Ultimately the Lionesses just ran out of legs in trying conditions against a Warragul side that aren’t easy beats anymore.

HIGH standard netball was on show as Morwell travelled to Drouin and took on the reigning premiers.

The 42-all draw was a fitting end for the Tigresses’ who lost both encounters last year.

Both sides had missed opportunities in what was a physical game but Morwell held their own against an already battle-hardened Drouin outfit who are fresh off second-place in the preseason champion of champions tournament.

With no more than two goals between them at any break, Morwell was forced to fight back from nine down midway through the third.

But they did and went into the final-quarter only a goal down.

As the clock ran out, the Tigresses had the ball in their attacking third, but were unable to get the late go-ahead.

“We had our chance to take the game, but time was against us,” Morwell coach Gail MacFarlane said.

The team, which is still gelling after the addition of new players was wrapt with the result, which the coach would have preferred the win

Samantha Peirce, in centre for the first time, held her own against Drouin’s highly fancied Christy Edwards.