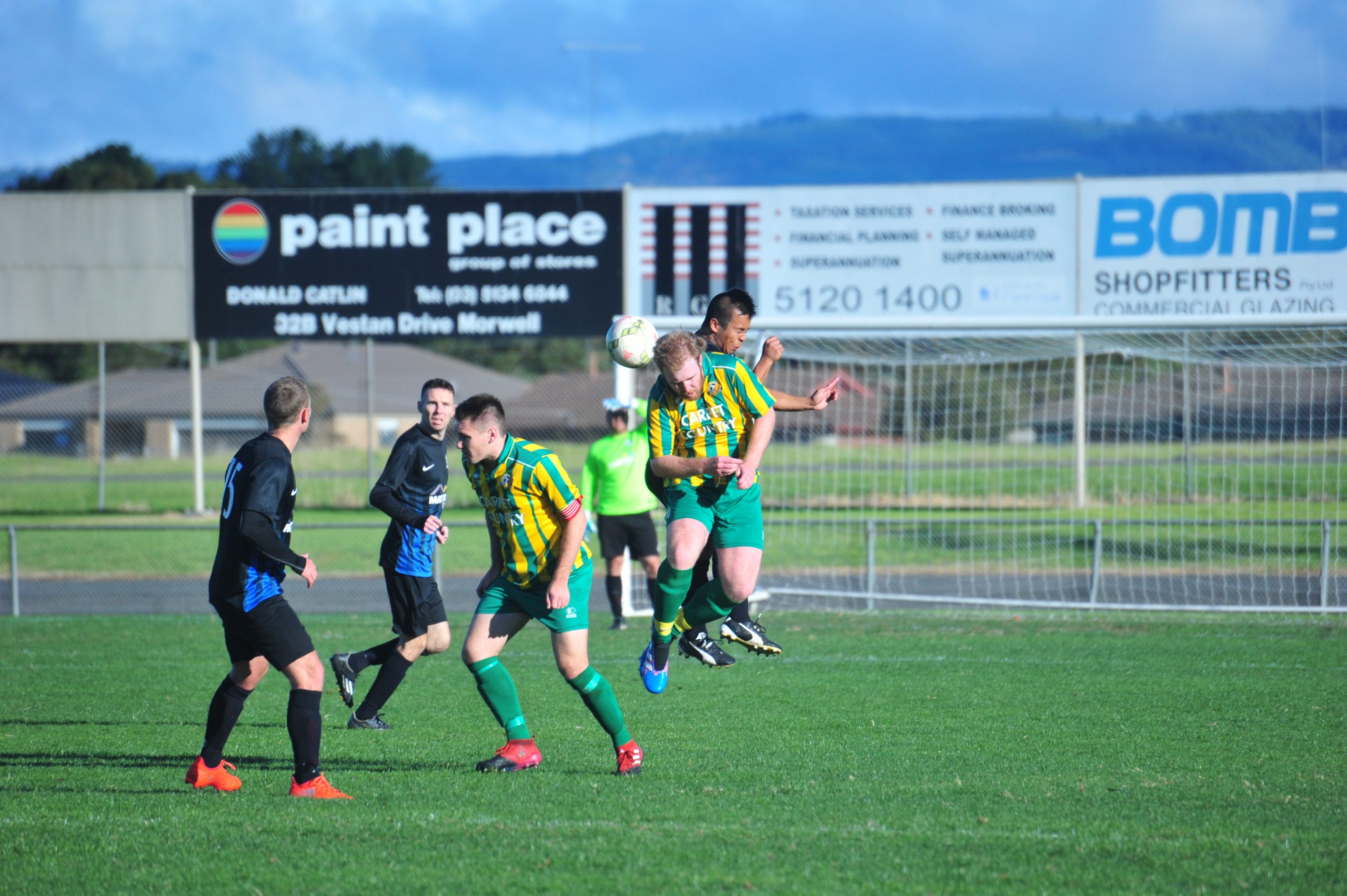 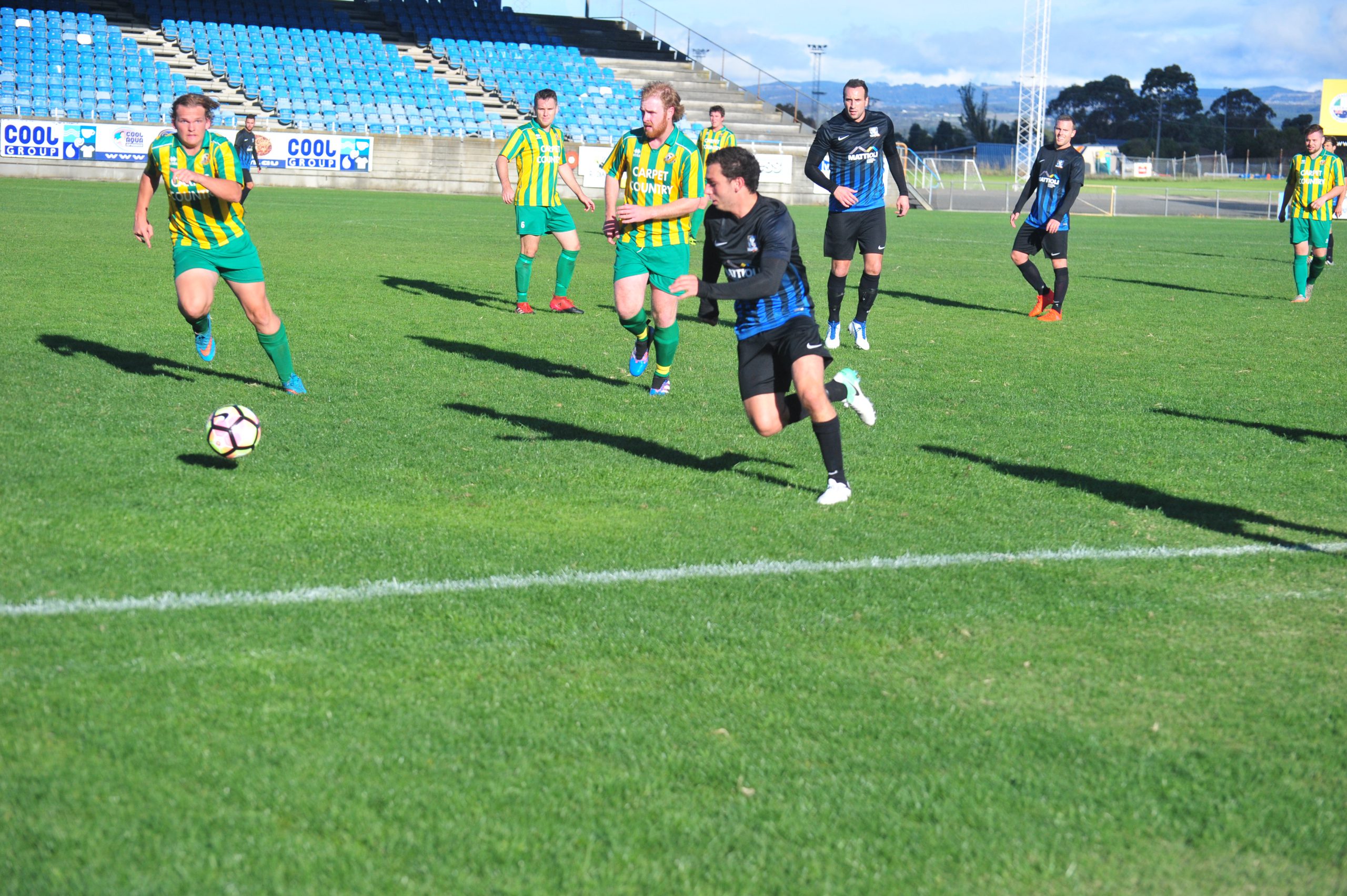 The strong performance means the Birds sit four wins from four games for the season at the top of the table with 12 points.

Six goals rained down in the first-half.

Not to be out-done, star striker Jesse Kennedy also had two, while Andrew Carbone put one in as well.

Falcons pumped home three more after the break, although the Lightning were able to hold out for a while.

Pistrin got a hat-trick with goals at 72 and 80 minutes, as did Kennedy who bagged his third with a few to go.

Clearly the form side of the league, the questions now become how long can Falcons’ winning streak last and who’s going to end it?

Monash squandered a two-goal half-time lead, going down 4-3 in the ‘Boro Derby’.

The visitors took the lead in the second minute, with Ryan Davis firing through a sea of bodies after Newborough Yallourn United failed to clear a corner.

The Wolves were in the box seat when Ethan Lawrence fired home on 10 minutes.

Joel Pirotta’s introduction at the break turned the game in Combine’s favour, with Mark Fairbrother the beneficiary netting a 20-minute hat-trick as the Wolves were left in shock.

Pirotta closed out the result with a sublime goal in the 86th minute before James McHallam gave Monash a glimmer of hope minutes later.

But it was to no avail as the home side claimed all the points.

Nathi Khamchom got two for Sale at 43 and 44 minutes and Nick Buckhoreall iced the cake with 20 left in regulation. The Rams are still winless for the season and sit second from the bottom with a single point.

Trafalgar’s two game winning streak came to a crashing end at home at the hands of Traralgon City, going down 4-0.

City went ahead thanks to DJ Matar with six left in the first and then he doubled up shortly after the restart.

Insurance was added by Alexander Leckeyi at 57 minutes and City bought a second policy four later via Liam Antonelli.

The Baby Red Devils continue to turn in strong performances but have yet to register a win.

This week Moe was on the road to face Fortuna 60.

Keiran Coltman got the go-ahead goal for the Orangemen at 16 minutes and that’s the way it stayed until the full-time whistle blew.

In the other thrashing of the round, Olympians sunk the boots into the Easterners, winning 10-1.

Kuku Mahmoud had a hat-trick before half-time and added one more in the second.

Brandon Scott, Alradi Ali and Ryan Smith all had pairs.

United’s Paul Apostileris got one at 55 minutes but by then the comeback was practically impossible.