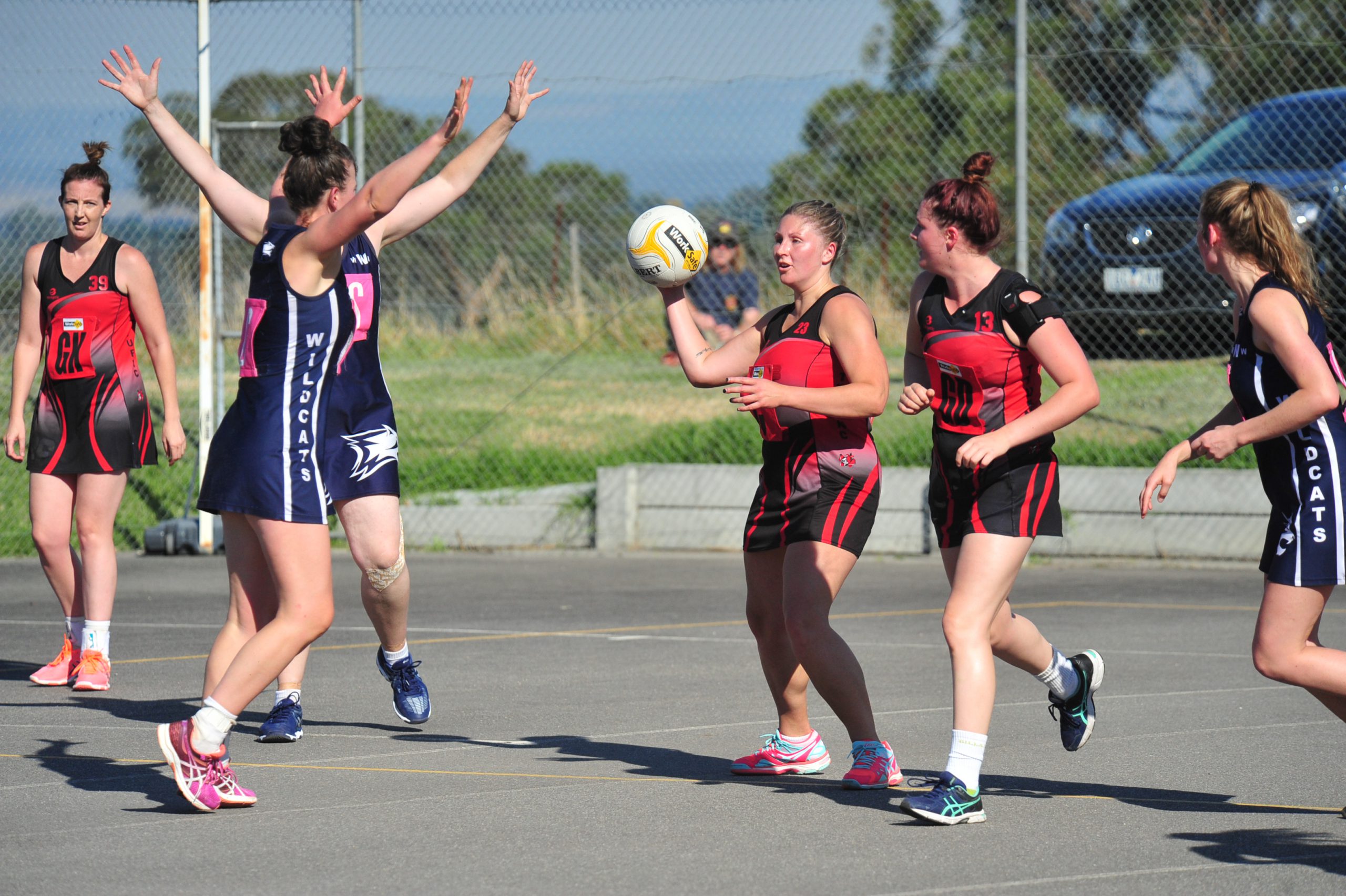 Coming away with a win against reigning premier Woodside was never going to be an easy task for Traralgon Tyers United, and the final scoreline reflected the challenge.

However the Bombers did show glimpses of quality play.

In the mid-court Kerrie O’Bryan and Alesha Rogers were strong, working hard all game to keep the ball moving up court and into the Bombers’ shooters.

Despite the hot conditions, TTU never gave up but came out on the bad-side of a 61-35 decision.

A last quarter comeback fell just short as Rosedale heartbreakingly went down to Cowwarr by one goal, 27-26.

The Blues are still down a few key A grade players and had to field an injured Megan Harrison on the wing in search of ladder points.

In a low scoring game Cowwarr took the lead early and forced Rosedale to chase all game.

But the young Blues never gave up and when the visitors started to tire and Rosedale got some good drops through the hoop the Saints began pushing to go on with it.

Goal keeper Kaity Passalaqua, promoted from Rosedale’s C grade side, had a good game in the first round and went better this week.

She was key in defence, getting in front for intercepts, snatching rebounds and driving play back up the court.

Saturday’s game was the second low scoring affair for the Blues so far.

This time strong defensive play from both teams and inaccuracy at goal played a part in the sub-30 score line.

Complacent from the beginning, Churchill got a shock at the hands of Sale City, going down by 15 goals.

The Cougars were never in it, forced to chase all day but could not find a rhythm.

This was not the best reward for Stacy Sanders in her 200th A grade game.

Still, there were some positives for Churchill and the side will continue to fine-tune their game and look forward to turning in four quarters of hard netball against TTU on Saturday week.

Carlie Woodbridge was best for the Cougars in a 49-34 losing effort.

In other matches Heyfield defeated Yarram 39-21 and Glengarry defeated Gormandale 50-37.