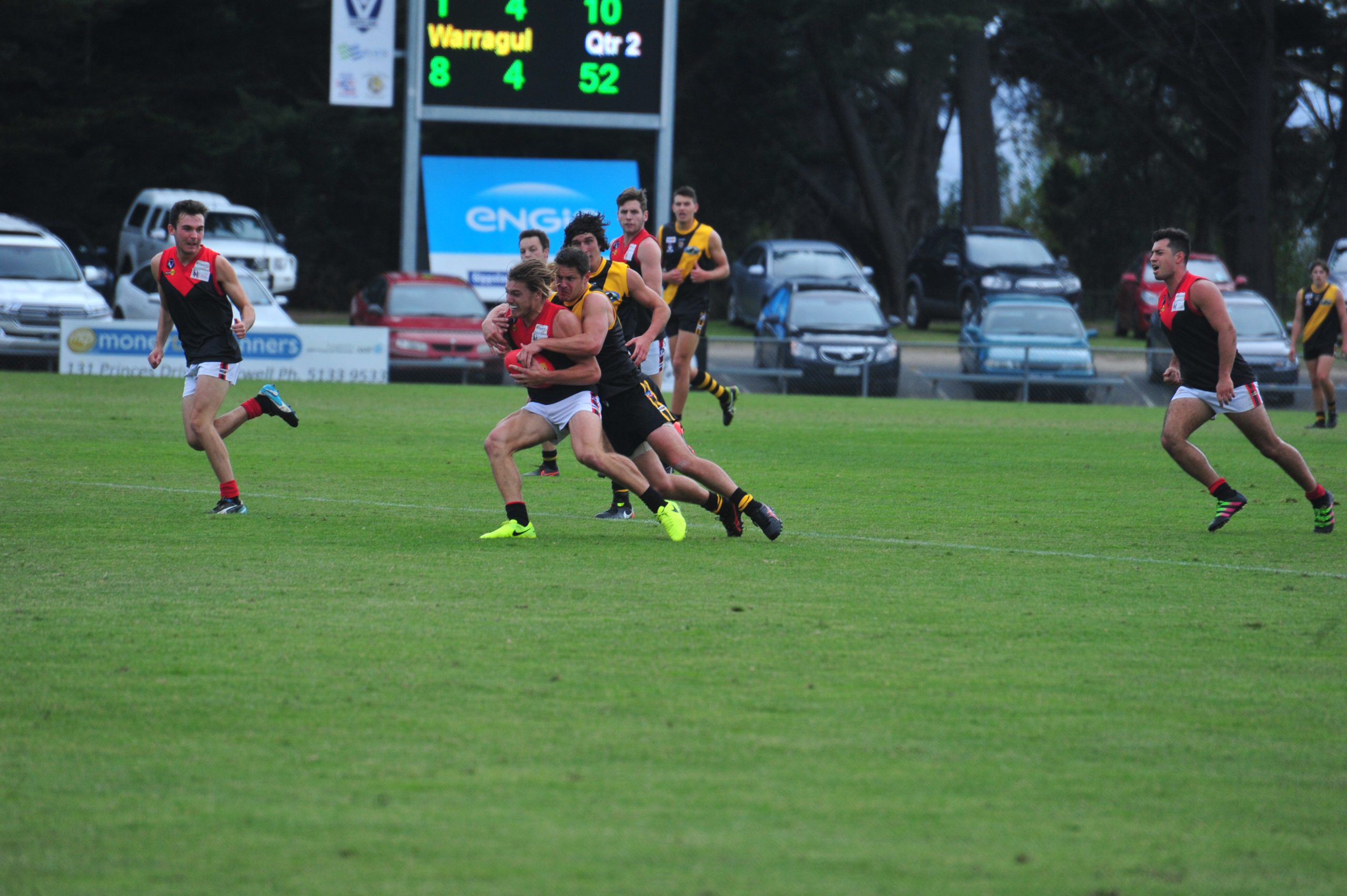 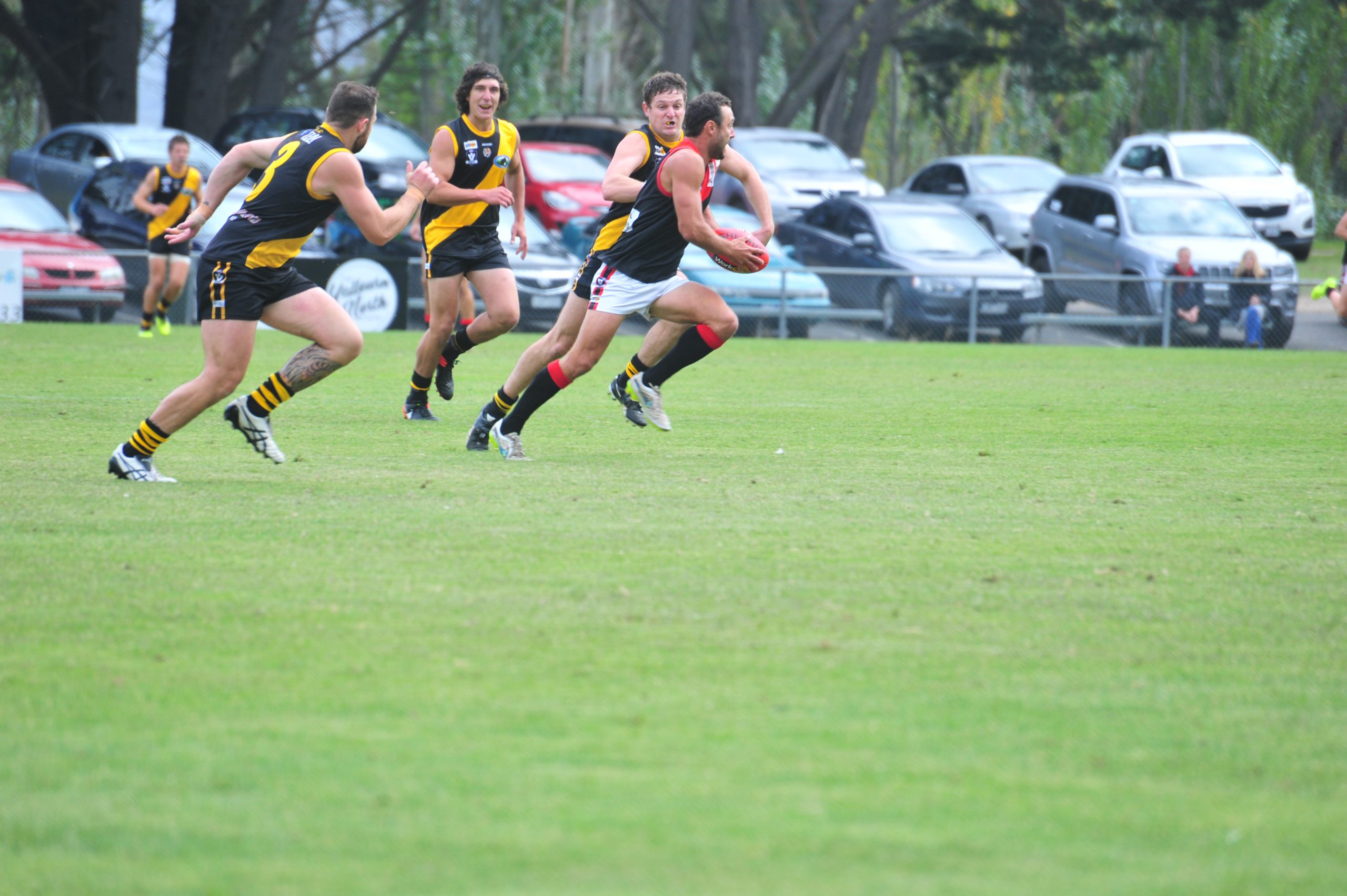 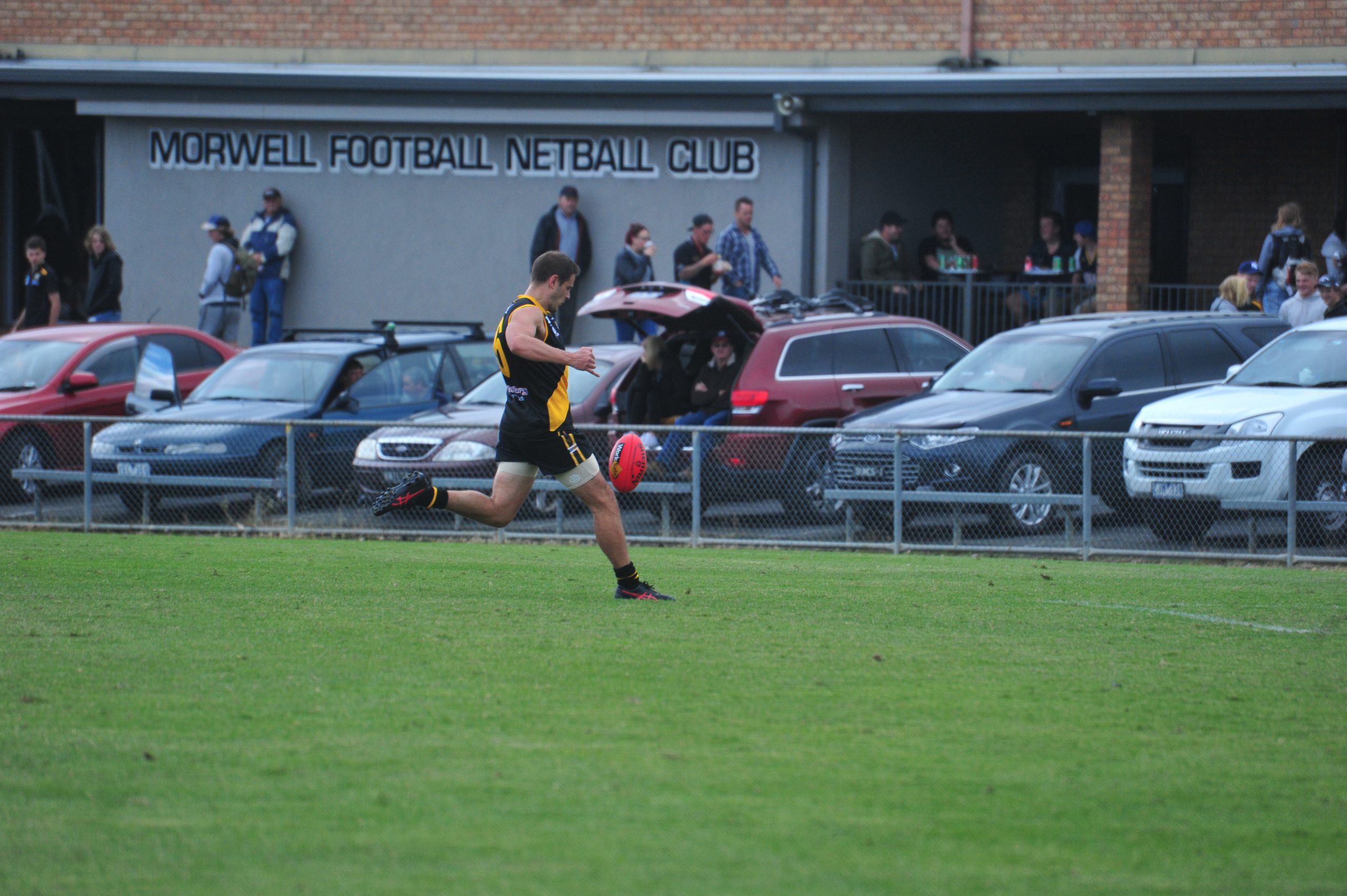 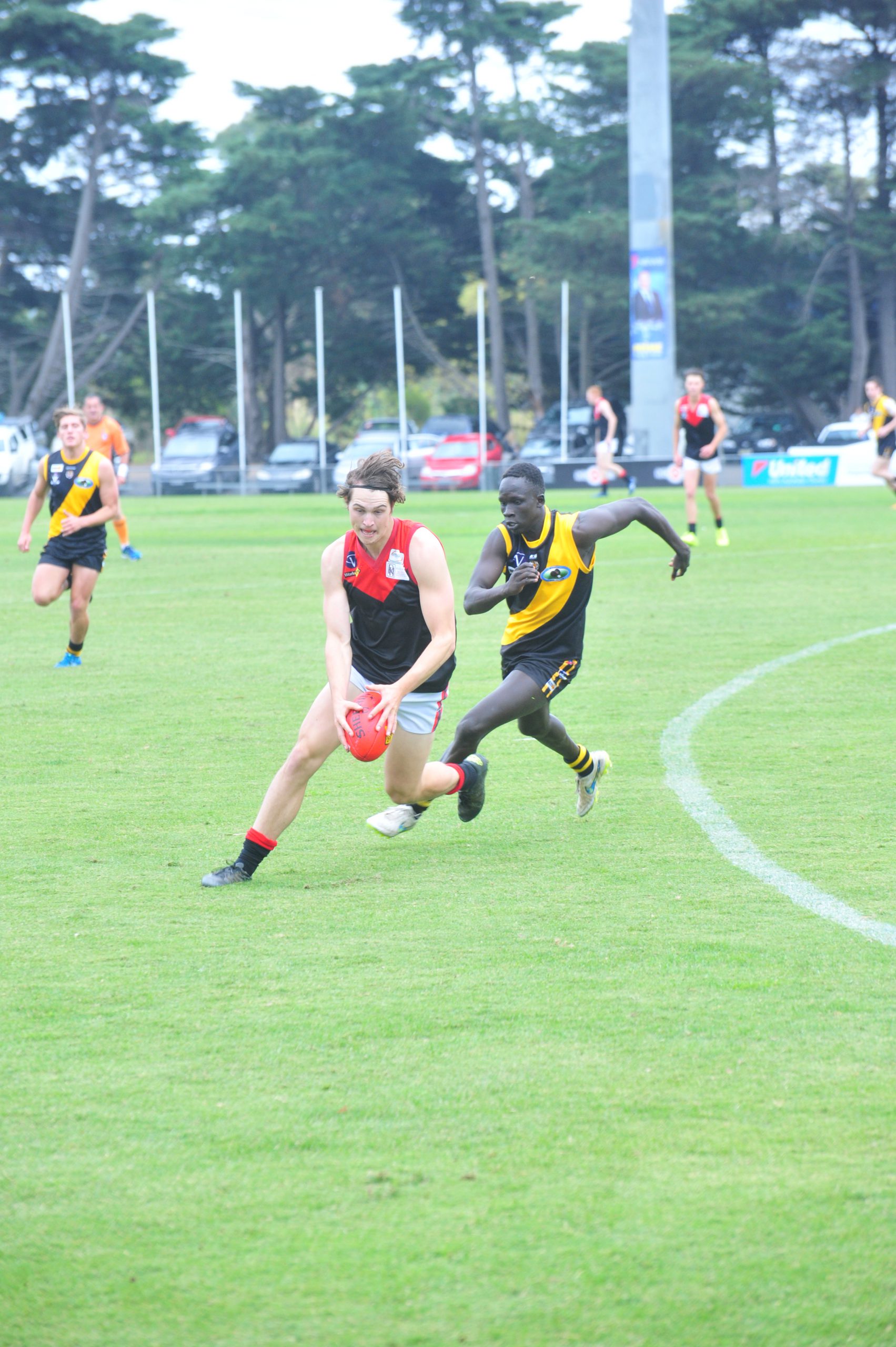 A seven-goal first quarter from Warragul and inaccuracy over the same period by Morwell was the key difference in the Tigers’ Good Friday loss.

Kicking into a gusty cross breeze and unable to find their range meant the Tigers limped into the first break with just four behinds.

“We got jumped early on,” Morwell coach Joel Soutar said.

“We just didn’t come out ready to play and they were really good.

“Our pressure just wasn’t up.”

Yet Morwell came back hard in the second, outscoring the visitors by two goals and setting up a nail-biting final half.

The Tigers again were the better side in the third quarter restricting Warragul to two goals and adding four themselves to go into the final break 14 points down.

“To our credit we came back in the second quarter and got back in the game,” Soutar said.

“We got within six points early in the last and thought we might be a chance to run over the top, but they kicked a couple and it was all over.”

Warragul was not done though and more than held its own in the final quarter, winning the period and extending the final margin to 22 points.

“After our performance a week before against Moe we really stripped it back and focused on few things; our attack on the ball, our effort, and our intensity,” Warragul coach Steve Kidd said.

“The guys were certainly ready to play.

“We were pretty embarrassed the week before and it was only six days but it was a long six days for the players.

“When we got to the last quarter and were challenged a bit we reminded the players of how it felt the week before and they responded.”

The Gulls’ Brayden Fowler kicked a big bag of goals, taking nine for the day and named best for the visitors.

Daniel Musil, Brandon Mcdonald and Mannon Johnston all had a pair in the Tigers’ losing effort.

DOWN south, Wonthaggi hosted Leongatha in the other Good Friday game of the split round.

In a close first quarter Leongatha entered the first break with a slender eight-point lead and it looked like the game was anyone’s for the taking.

That anyone turned out to be the Parrots as they came out of the huddle and piled on seven goals to three and opened up a 34-point margin by half-time.

Not content, the visitors further turned the screws both offensively and defensively in the second-half.

The Parrots kicked another five to two goals to take an even bigger lead into the final stretch.

Ultimately the Power were shut down, registering three behinds in the last quarter and watched Leongatha take a convincing 22.13 (145) to 8.7 (55) win.

Zak Vernon had five goals for the game while Christopher Dunne was not far behind on four.

Phillip Young was among the best for the Power.