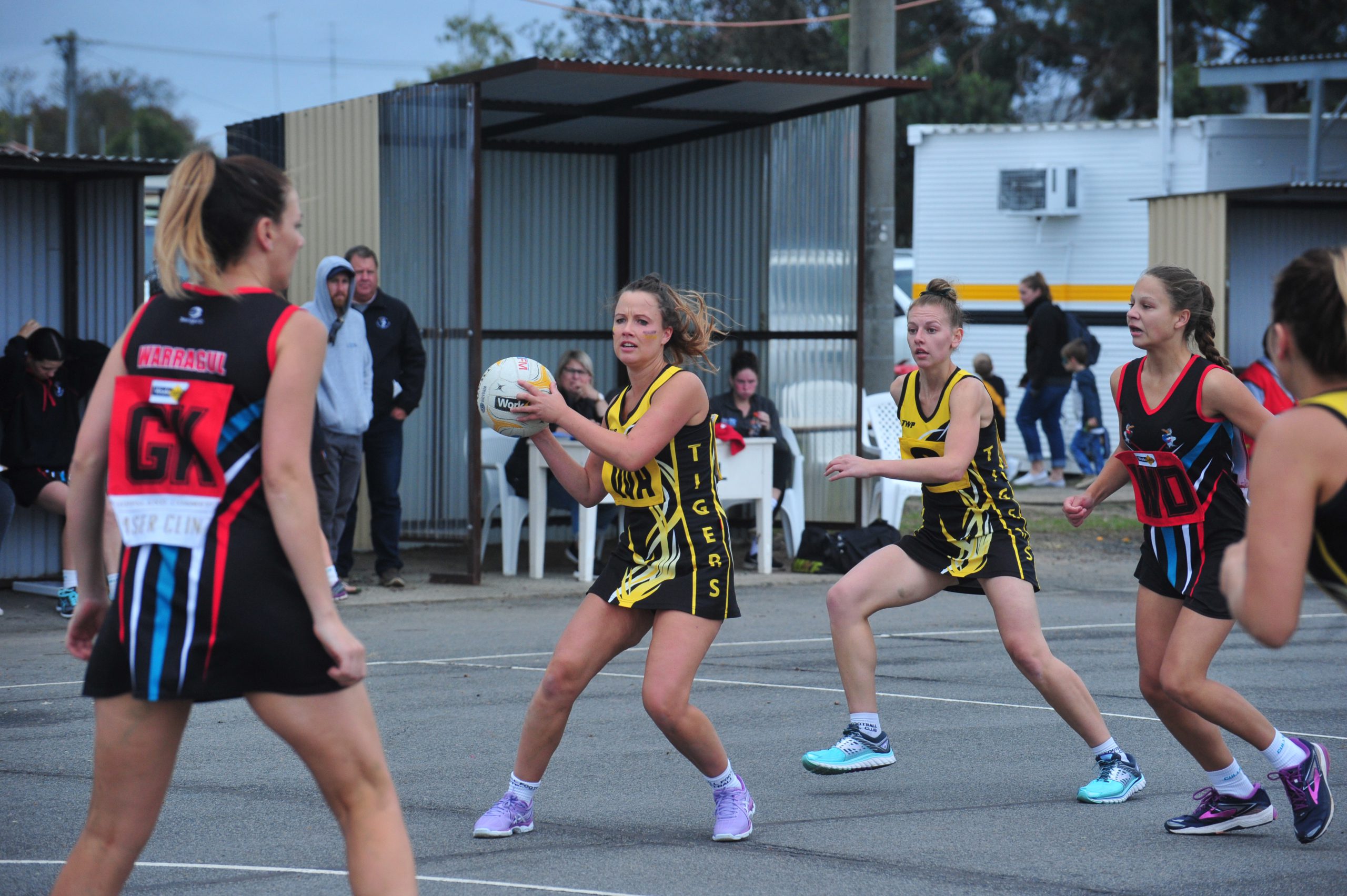 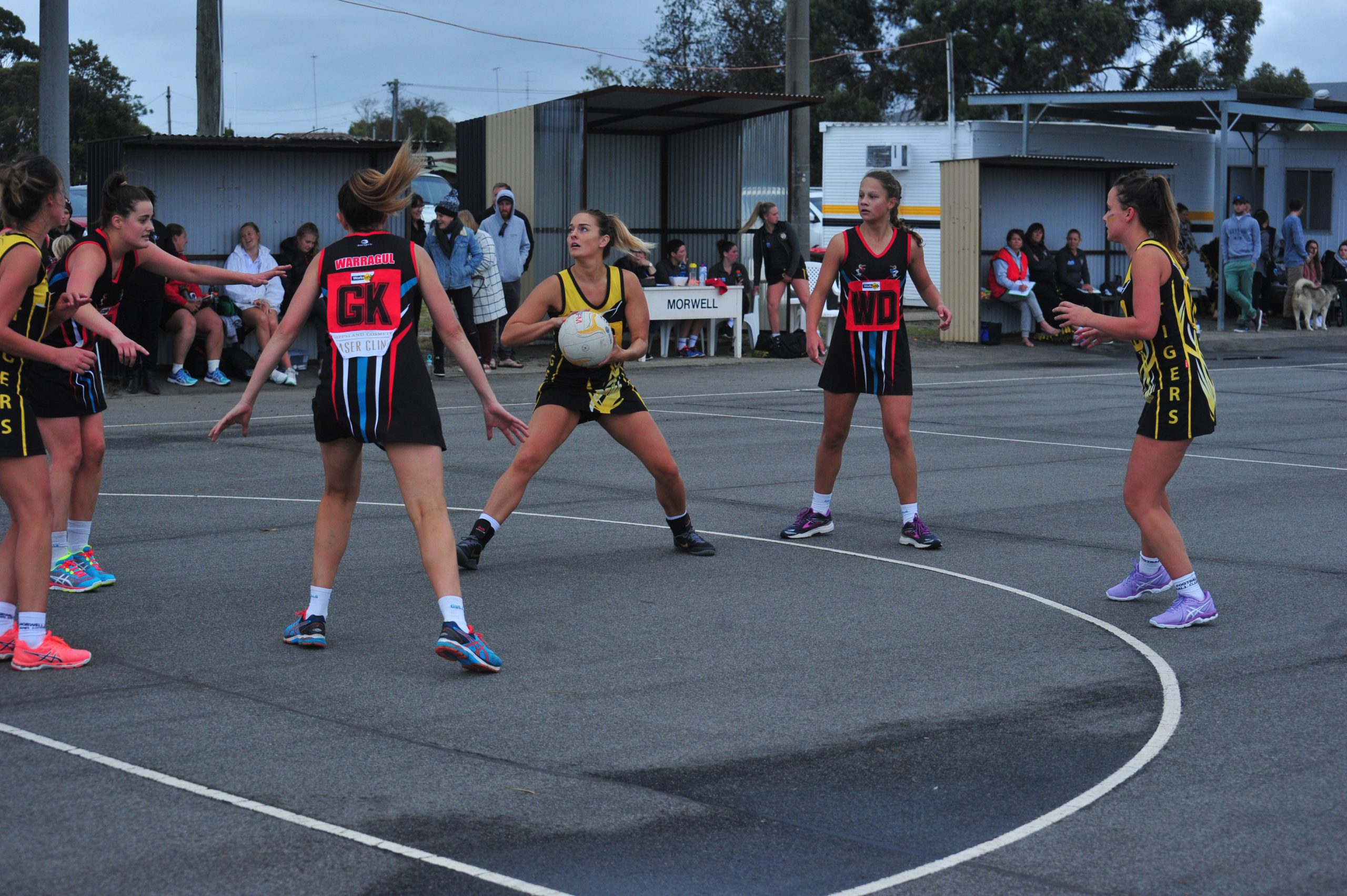 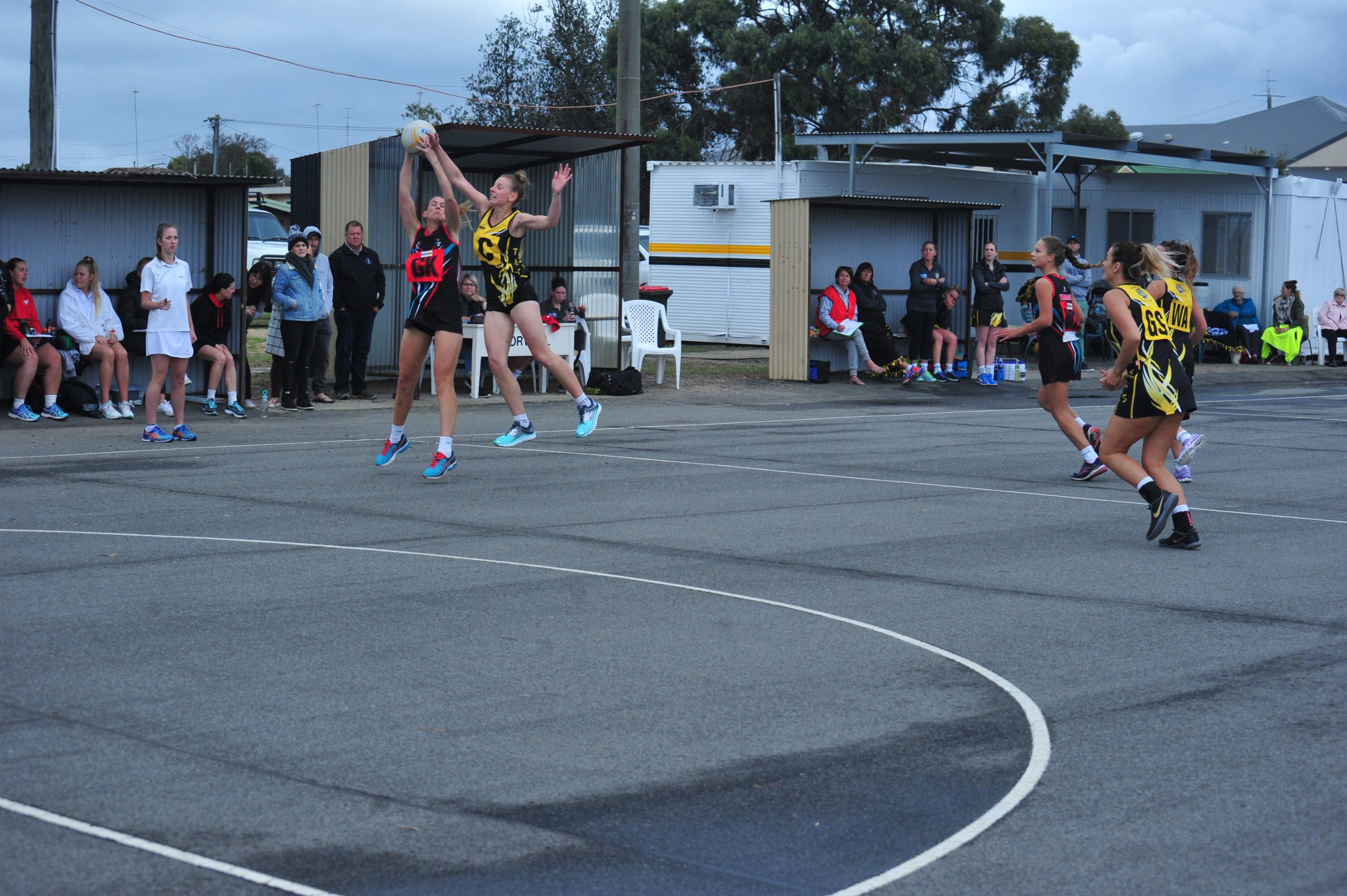 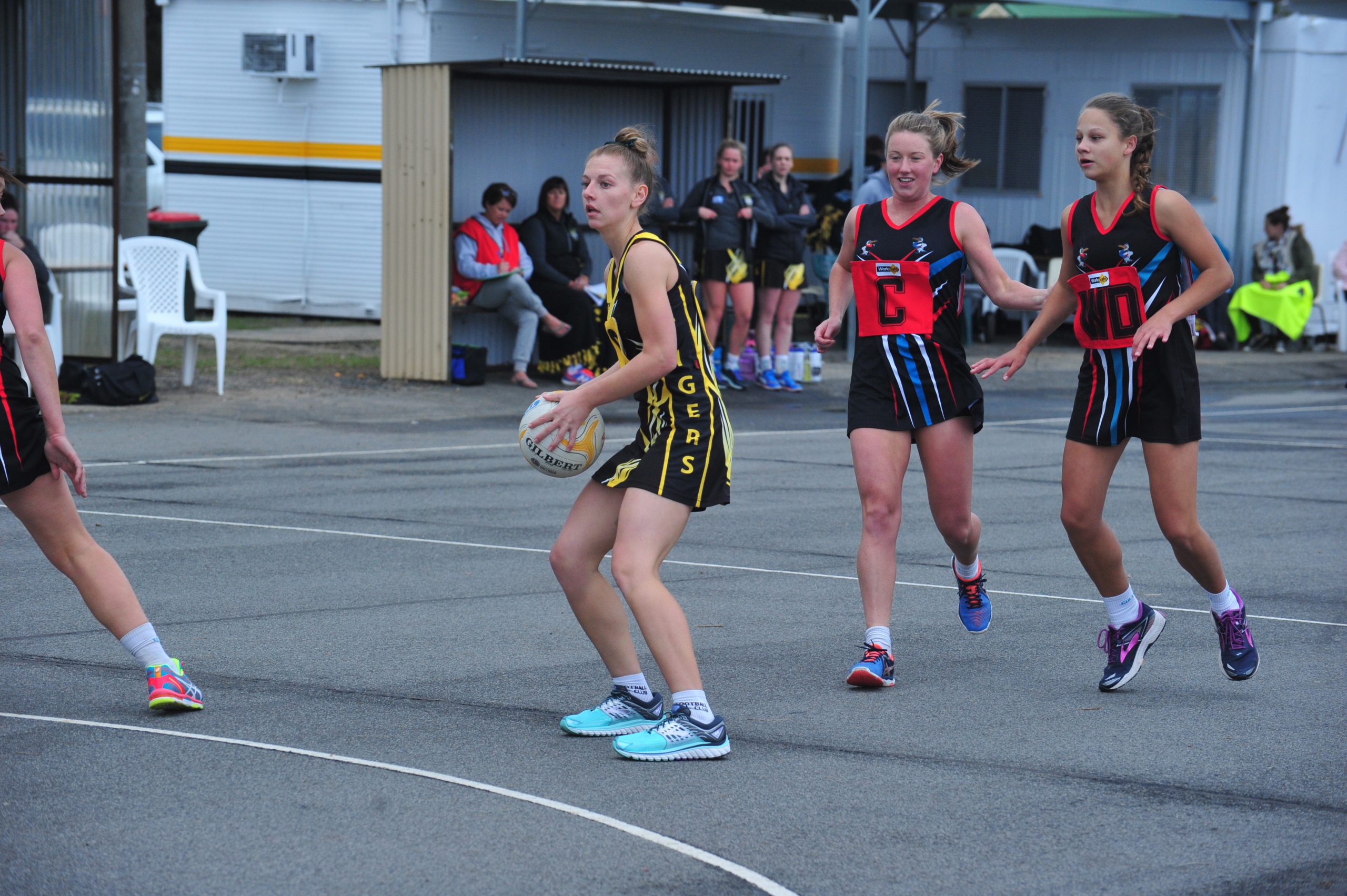 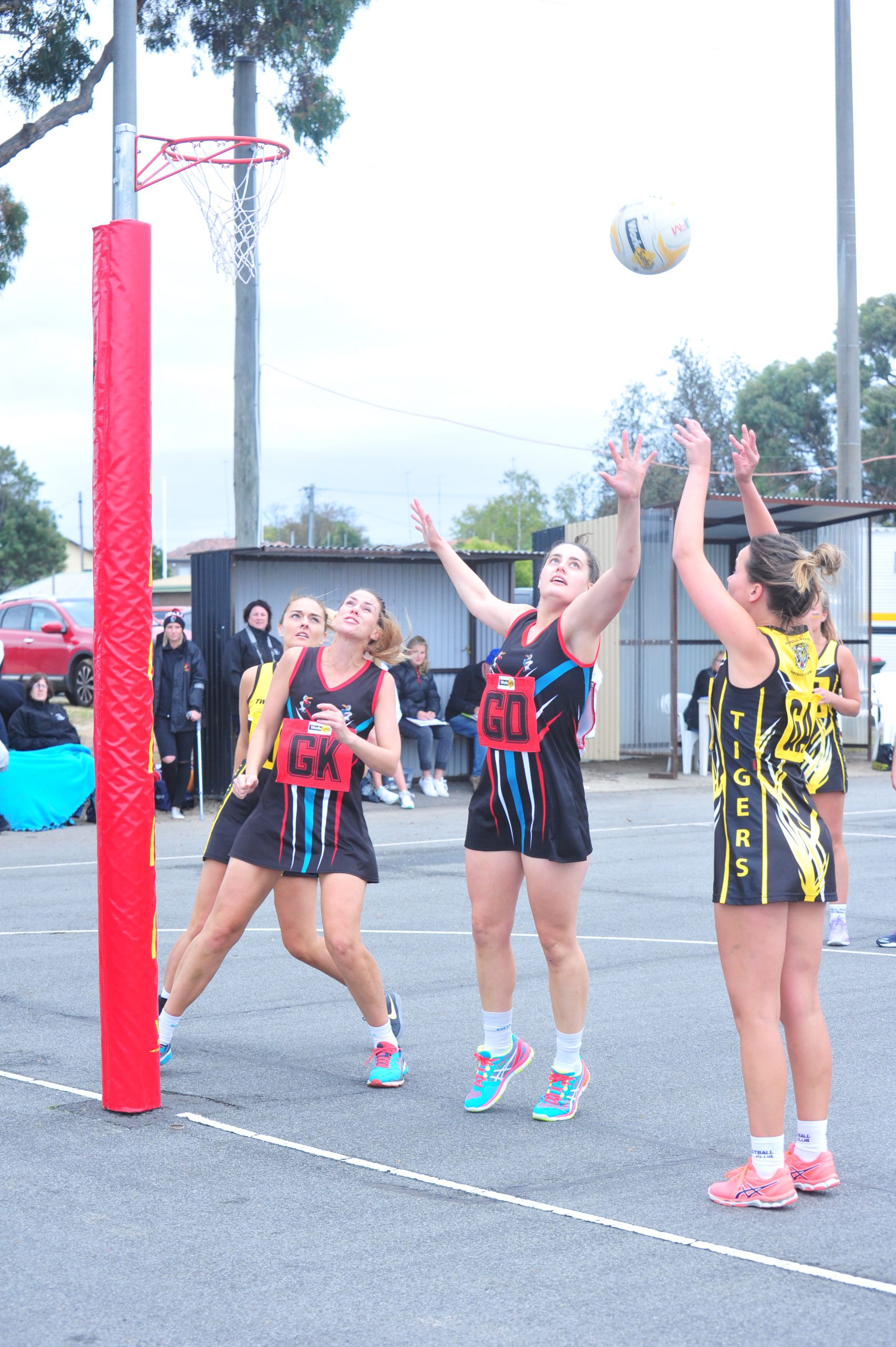 Warragul’s A grade netball side’s resurgent season lasted for a game and 10 minutes, thoroughly beaten by Morwell on Good Friday, 70-31.

The game started out goal-for-goal, but the Tigers got tired with that and took the momentum by the scruff of the neck, building a big lead at every opportunity.

“We missed a couple early and their pressure was really good, and then we just worked our way into our game,” Morwell coach Gail MacFarlane.

“It just took us a little while to settle and we didn’t do enough to disrupt what they were doing.”

By the end of the first quarter Morwell was up five goals but the real damage came in the second as it piled on 23 to the visitor’s eight, with accuracy at goal a key reason.

“The girls were really on fire, I think they missed one-goal out of 23 attempts,” MacFarlane said.

From there the Tigers forged ahead again turning in 14 and 19 goal efforts in the third and fourth quarters, respectively.

Morwell was particularly strong on the defensive side, restricting the Gulls’ attempts at goal and rebounding anything that came loose.

“I’d hate to have to shoot over Courtney (Garth) or Lexi (Bow),” MacFarlane said.

“I think the pressure coming in from our wing defence and centre really made it easy for the defenders to pick things off, so they were starved for opportunity a bit.”

Garth was named best on court for her effort at the back.

In the other Good Friday netball match-up it was a lot closer, with Leongatha taking a seven-goal win away to Wonthaggi, 46-39.