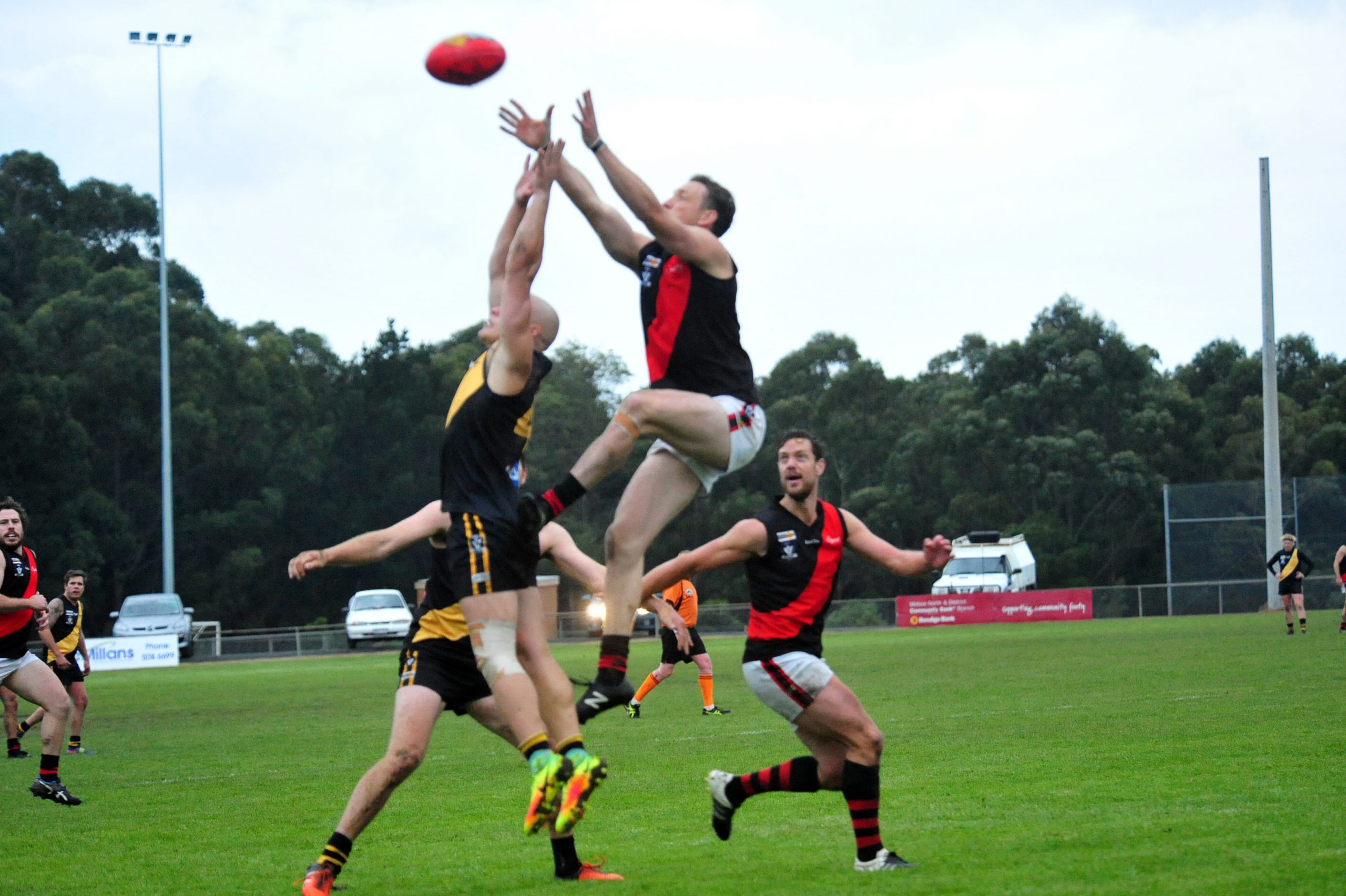 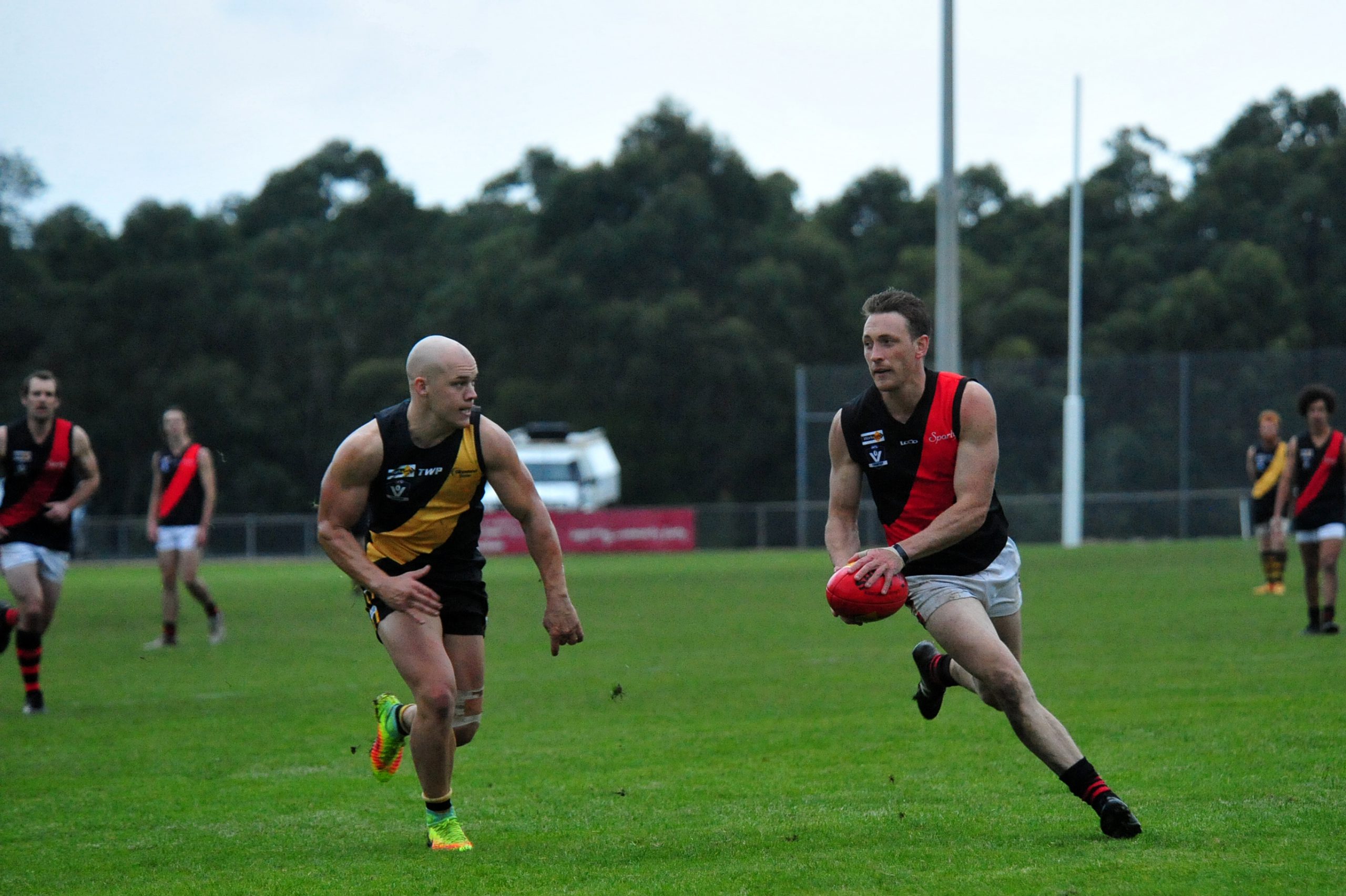 The Tigers let the lead get away from them in the first quarter and it was difficult to make up the gap.

At each change both teams worked hard and kept up the pressure but at the end of the game Yallourn/Yallourn North came out on top.

For the visitors Tim Phillips kicked three while Owen Budge had two and was among the best.

Player coach Clancy Bennett was listed as a key performer for the Tigers.

It was always going to be a tough away ask for Boolarra to overcome a Thorpdale side looking to get back to winning after a brief slip last round.

And it was, with the Demons going scoreless in the first, third and final quarters, leaving the final scores at Thorpdale 12.15 (87) to Boolarra 1.2 (8).

“We played really well in the first quarter scoring six goals and then it started raining in the second half so we were getting pretty wet which slowed the scoring down but I was pretty happy with the win,” Thorpdale coach Nick Brown said.

“Even though Boolarra are having a tough time at the moment we don’t take any game lightly.

“Winning every week is important and it’s important to win if we want to make finals.”

Boolarra player coach James Holmes was open about what could be considered his side’s worst showing of the season so far.

“It was difficult conditions today but the boys are probably reacting instead of being proactive and when the opposition started moving the ball forward we just aren’t quick enough,” he said.

“We need to work on our one-on-one footy, keep it simple and make sure the other team doesn’t get the ball as easily as they were.

“We had around five guys play their first game for us today and they played pretty well but we have a lot to work on.”

Yarragon really made the reigning premiers Newborough work for their win in a thrilling game.

It was hard to judge who would make the break in this low-scoring and hard-fought match-up.

Newborough found itself down at the end of the first quarter but Yarragon only marginally edged out in front at 2.3 (15) to Newborough’s 1.1 (7).

With everything to play for in the fourth quarter, both teams once again were on even goals but Newborough had more chances up front and behinds gave them the victory.

It looked like Yinnar would take out the victory over Morwell East as it was out in front after all three quarters.

A thrilling last quarter looked like Morwell East could have bridged the gap and then some, as Yinnar failed to score a goal and only put the ball through the posts for two points.

The Hawks managed to score one goal and had six chances to convert but it just wasn’t their day.

Saturday was another struggle for Hill End which could not stand up to the forward pressure from Trafalgar, going down 10.11 (71) to 2.4 (16).

The Bloods were on top throughout the game and Matthew Van Schajik was on fire in this round kicking seven out of 10 goals for Trafalgar.

It’s an effort that’s landed him on top of the goal-scoring leader board with 24 for the season so far.

Although Trafalgar was playing against a side struggling to find some form, the Bloods played a great game with the win earning the side top of the ladder.