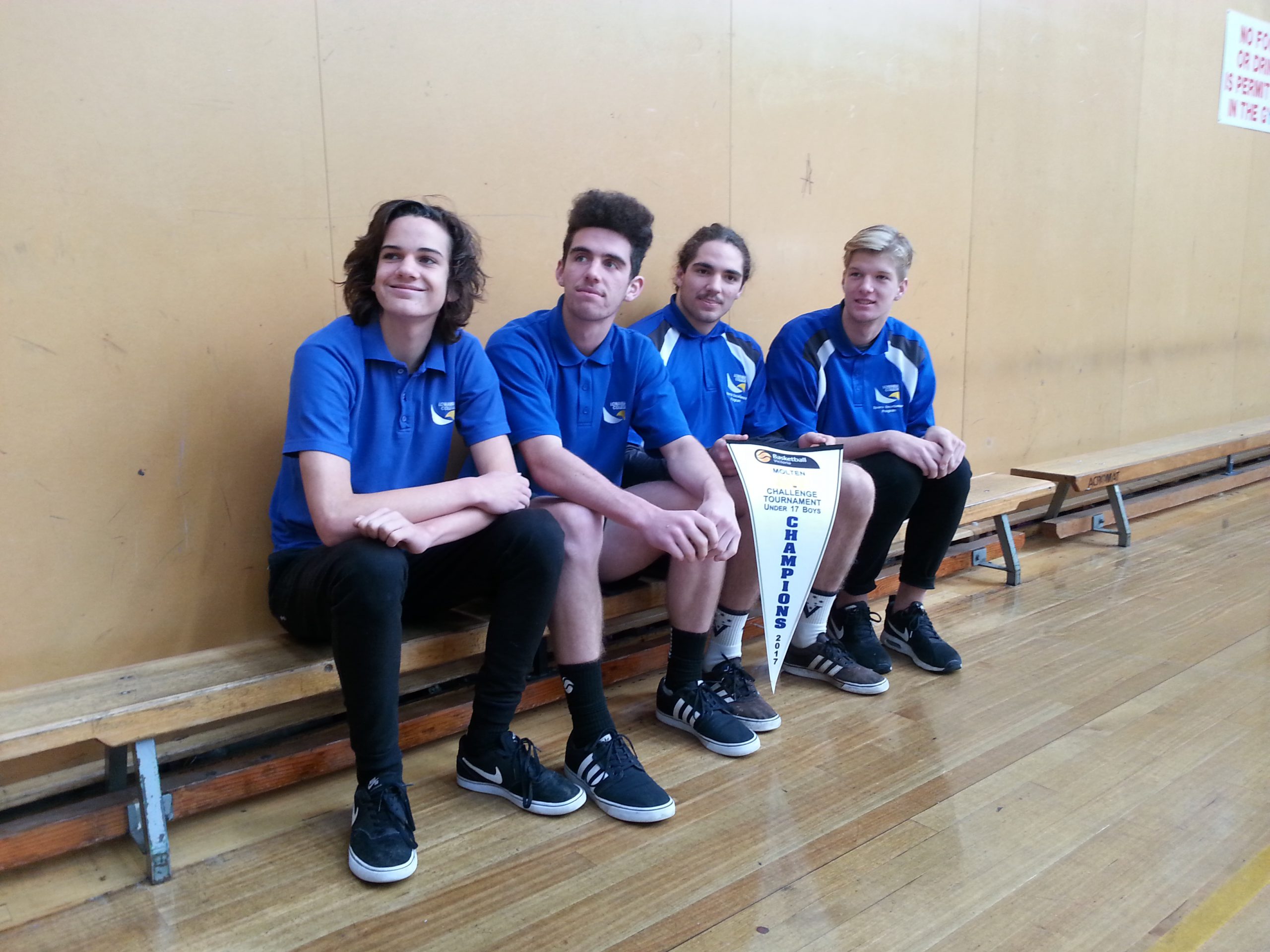 Lowanna College is celebrating after the school’s under 17 boys three-on-three basketball team captured the state title.

“We beat all the private schools with all their resources and everything they have got to work with.

“The kids have put in heaps and heaps of work… and it’s definitely paying off.”

Three-on-three is approved by basketball’s governing body and played at an international level.

Santo said the game was faster than its full-court cousin and required a well-rounded skill set.

Lowanna College competes in the highest grade possible for the school sport.

Unlike many leagues, teams competing at the state school’s tournament are not graded and there’s no relegation or promotion.

Santo said the school got to choose who they played against, and the toughest competition available was who Lowanna wanted to face.

“We prefer to see the kids play against the best level competition they can,” he said.

“We’re not the sort of people to put them in division three just to get a title.

Along with the boy team’s victory, the school also saw the under 17 girls take second place in the same tournament and the under 15 girls make the semi-final.

While winning at three-on-three was important, continued success at the full version of the game was the real goal for Lowanna’s sports program.

“That’s why we set a huge focus on our whole basketball program.”

Harry and Sam were recently added to the big game’s Victorian Country under 18 representative squad as bottom agers and have had Australian Institute of Sport tryouts.

“It’ll be sad to see them go but that’s our ultimate goal, to see these kids have success moving forward with their sport,” Santo said.

“So they’re right where they need to be.”

The school’s basketball teams doing well is just one measurement of how Lowanna’s Sports Excellence Program is doing.

Now in its second year, the program offers students an opportunity to succeed in the sporting world, combined with academic achievement and run across years 9 to 12.