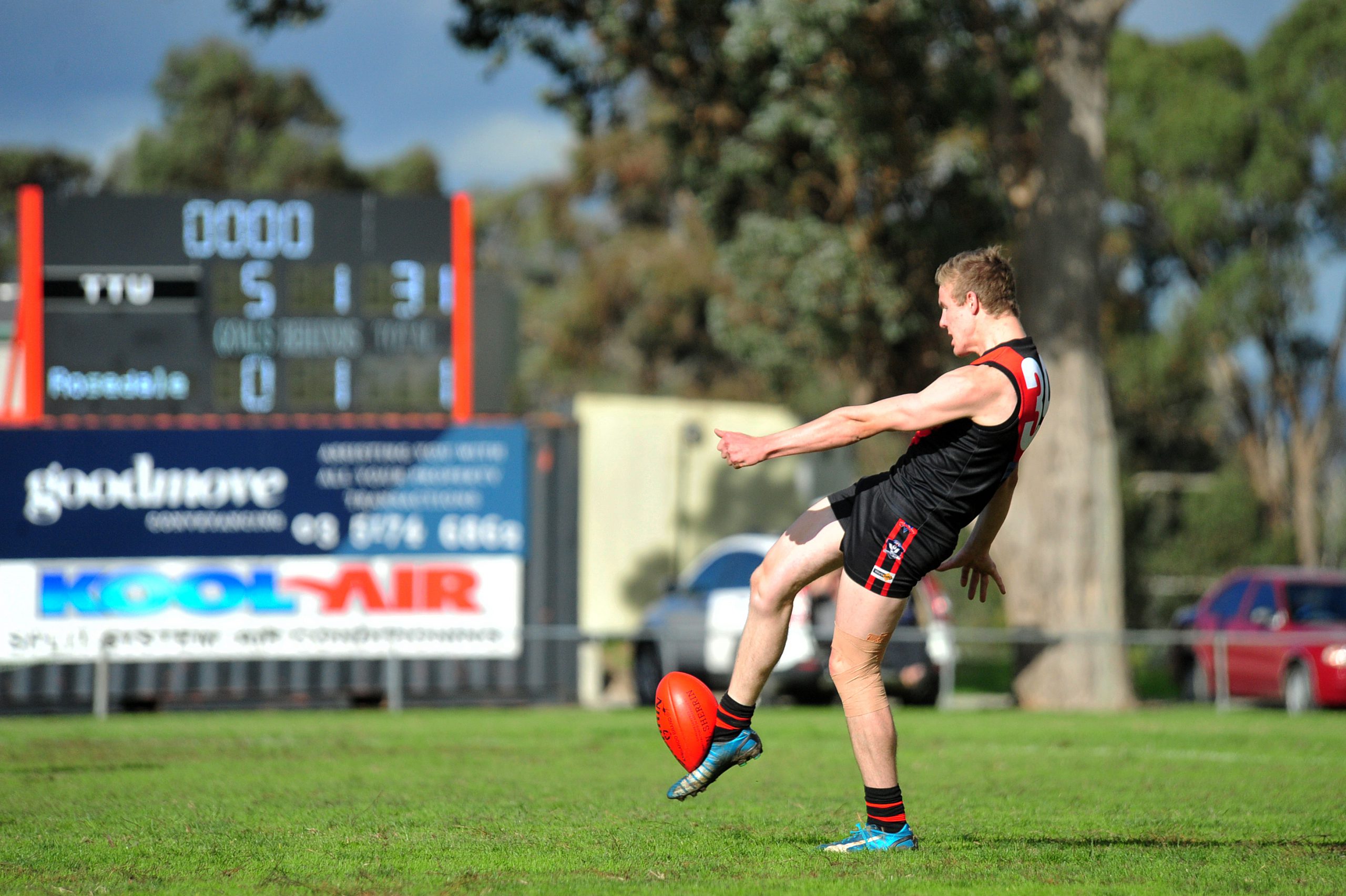 Neighbors will do battle this weekend as Traralgon Tyers United plays host to Glengarry in round six of the North Gippsland League.

TTU is on one win for the season, while Glengarry has come out on top twice.

The early results have the teams eighth hand sixth on the ladder, respectively, and both need to get a wriggle on if they want to keep playing after 12 August.

Neither side has been uncompetitive in any of their hit-outs and both teams are evenly matched.

One key player set to return is past skipper Luke Middleton.

After blowing out his knee late in the 2015 season and undergoing a full reconstruction, Middleton has been making his way back though the twos and if he doesn’t play this week, TTU coach Nick Turnbull said it would be soon.

“Hopefully we get a couple more players back next week and it’ll make us a little bit stronger,” Magpies’ coach Chris Day said.

In what promises to be a delicious fixture, the Cougars hit the road to Heyfield for a two versus three clash.

Churchill seems to have bounced back from the round two savaging at the hands of Sale City, and is looking for the side’s fourth win in a row.

The ‘Roos find themselves in much the same position, albeit their big loss came out of the round two game against Yarram.

Churchill on-baller Brad Brereton came off with a lower leg injury, possibly an Achilles, during the game against Rosedale and is undergoing assessment this week.

He’s unlikely to play this Saturday and there’s not currently an estimate on his return.

“It appears we have lost him for quite a while, so that’s unfortunate,” Cougars’ coach Brenden Holt said.

The Blues need a win and are currently racing Gormandale for the wooden spoon.

It would be great for pretty much everyone, except Sale City, if Rosedale got the win this weekend.

However, considering what the Bulldogs did to Woodside last round the chances are it’s just not going to happen.

Sale currently tops the ladder and apart from a slip in round one, and a decent test from Yarram, it’s been easy going.

Knocking on the door, the Tigers probably won’t get let in this weekend as they make the jump over the hill to Yarram.

Now offering up more than incremental improvement, Gormandale had its best game of the season last week, getting almost 60-points and keeping the margin to 79.

For its part Yarram had a close-fought loss last game and will be looking to get back to winning.

The Wildcats found this out the very hard way last Saturday and are ripe for improvement.

Cowwarr on the other hand got a 28-point win over TTU.

Both teams have a three and two winning record so far and both find themselves in lockstep on the ladder.

Woodside will want to erase the memory of their flogging, but chances are Cowwarr won’t let them forget so easily.