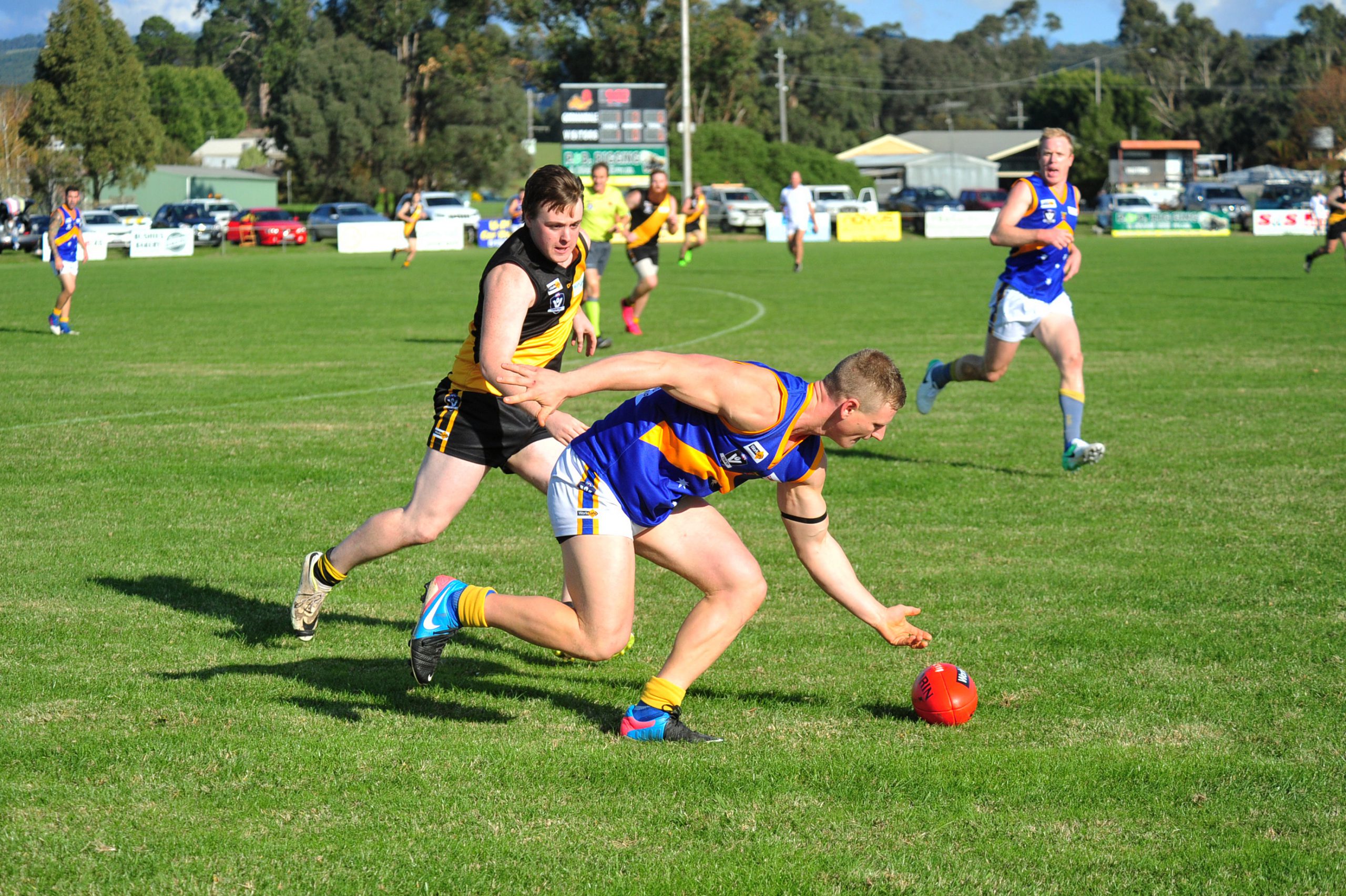 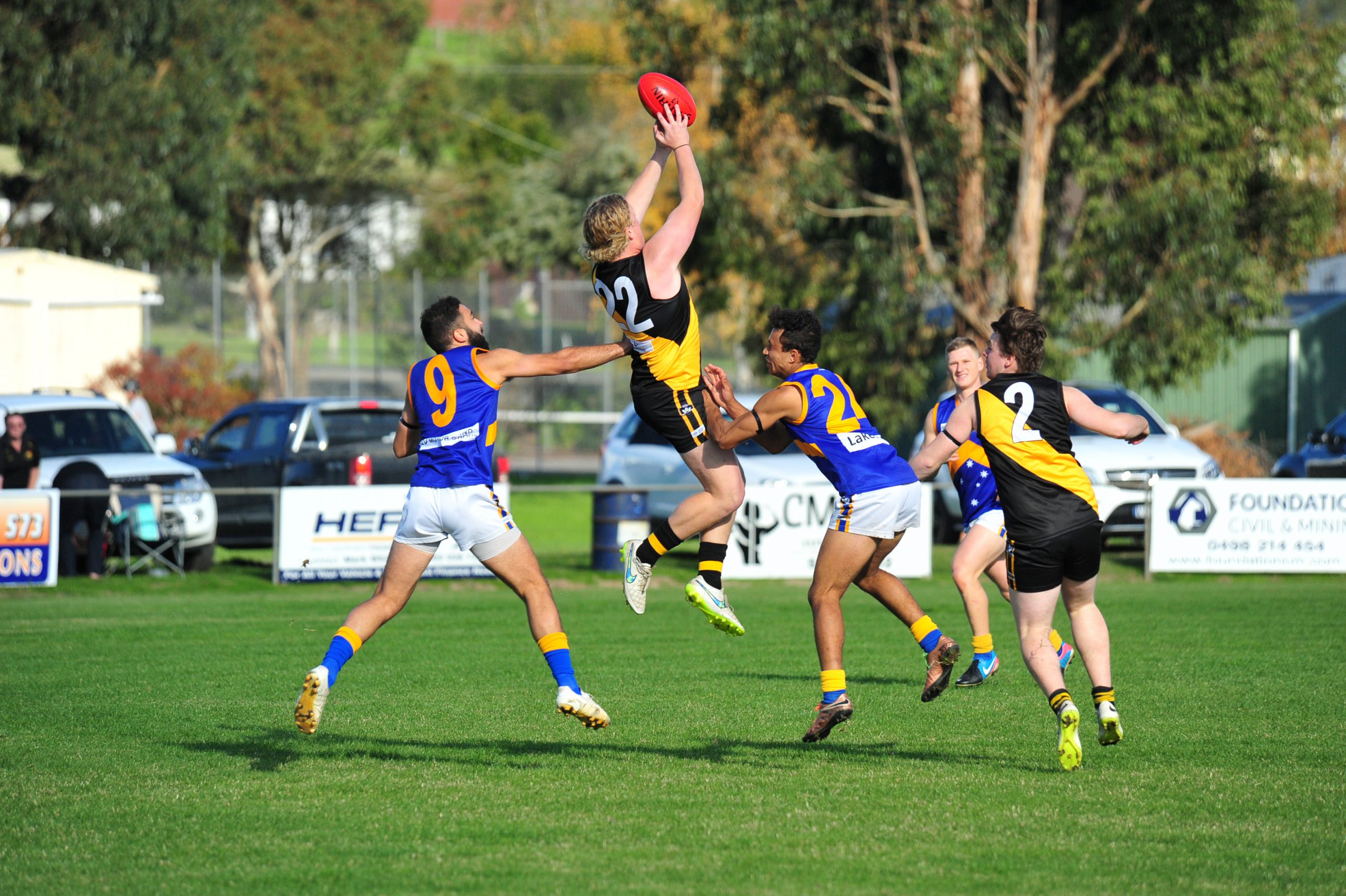 A competitive first quarter saw the Cougars head into the first break with a seven-point lead, they then dropped the clutch, smashing home 57 points in the second.

Gormandale didn’t give up though, as the side did its best to keep pace, limiting the gap to 44 points by the long break.

That’s about where the positives ended for the Tigers, for at least 25 minutes, able to get just a single point in the third term to Churchill’s 10 goals three behinds.

If it wasn’t all over before that point, it was by the final break.

From there Gormandale kicked another two goals, but it was like crying into the sea, as the Cougars pilled on another six majors.

Churchill’s Joseph Whykes had a day out with the boot, slamming home seven majors and nearly doubling his season tally.

Jarryd Garlick was the only multiple goal scorer for the Tigers.

Churchill’s victory move them up to fourth on the ladder, one win off the top.

Probably not the result the Bombers were looking for against league leader Sale City, yet the 15.21 (111) to 8.6 (54) final score was not the blowout it could have been.

TTU held its own in the first quarter before getting steamrolled in the second, only able to score one-point.

The 71-point gap by the long break was always going to be too much to come back from, but the Bombers tried, winning the third quarter with a three goal to one effort.

TTU again won the final quarter, this time by a goal and were able to make the 57-point loss look as respectable as possible.

As it turned out the win was the Bulldogs’ smallest winning margin in three rounds.

Glengarry turned a 21-point first quarter lead into a 20-point loss against a Woodside team that hadn’t won for two weeks.

The Wildcats were always going to break back into the winners circle at some point, and that point was Saturday.

Close all game, the Magpies were unable to build on their early lead.

By the time the whistle blew on halftime the sides were close, with the Wildcats holding a three-point gap.

Dean Brooks was the only multiple goal scorer for Glengarry with two.

David Mckean had three and Benjamin Johnson, Daniel Missen, Cameron Whiteoak and Chris Webb all got pairs for Woodside.

The Blues wretched season continues, this time away at the hands of Yarram.

Yarram put home five goals in the first, another five in the second, five more in the third and then took it easy in the last quarter, slotting home four.

In response the Blues were able to cling on, just, able to keep the score ticking over but never enough to match the Demons.

The result sees Sutherland hold onto top spot on the league’s goal kicker list with 28, while Swift is second, two off the pace.

Close in early going, the Saints had a slender four-point lead at quarter time that Heyfield then worked into a two-point gap in its favour by the long break.

From there, both teams battled hard with three goals each in the penultimate quarter,

In the final quarter the Kangaroos ran away with it, holding the Saints to a solitary point in the final term while kicking four majors themselves.