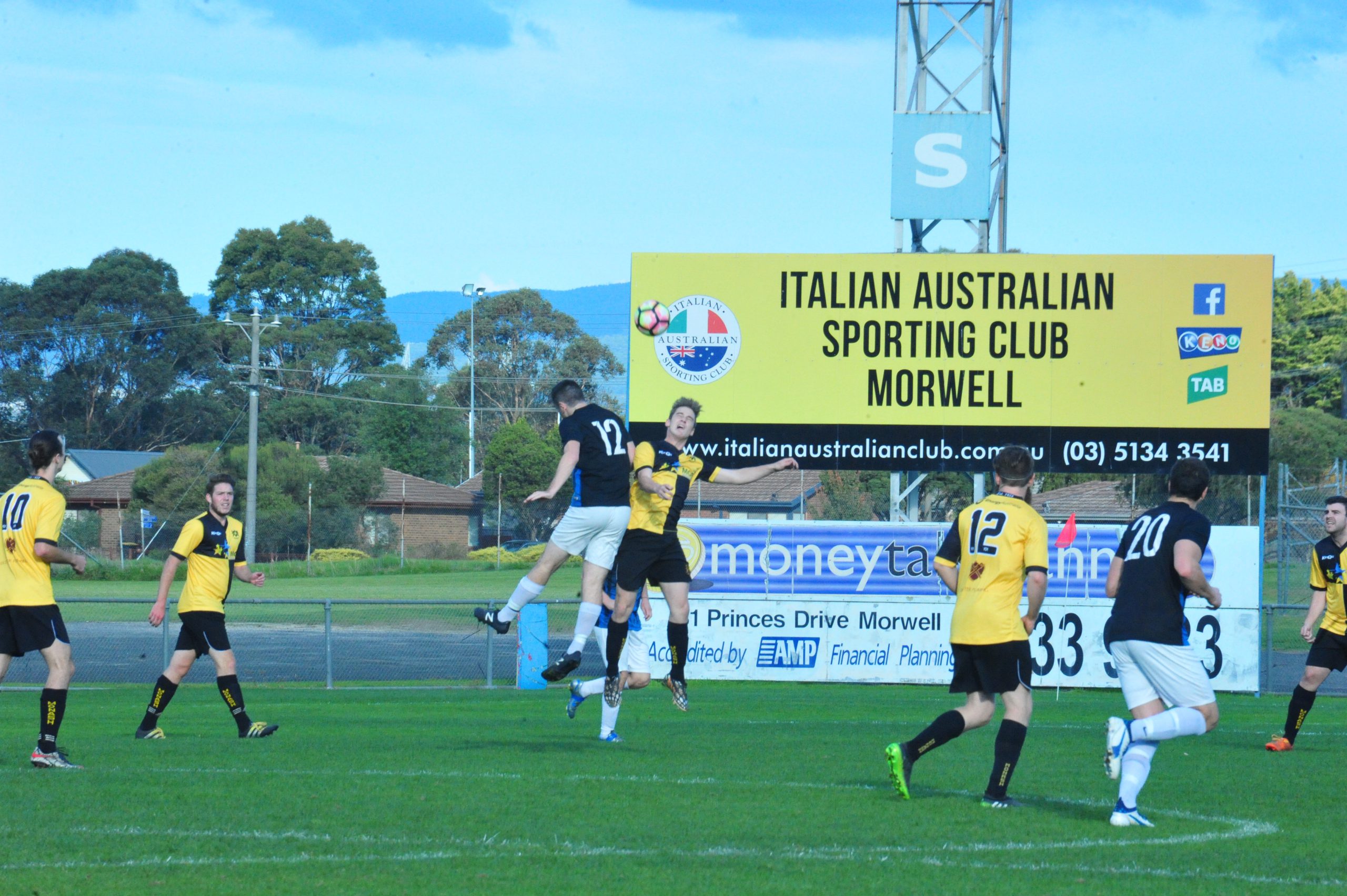 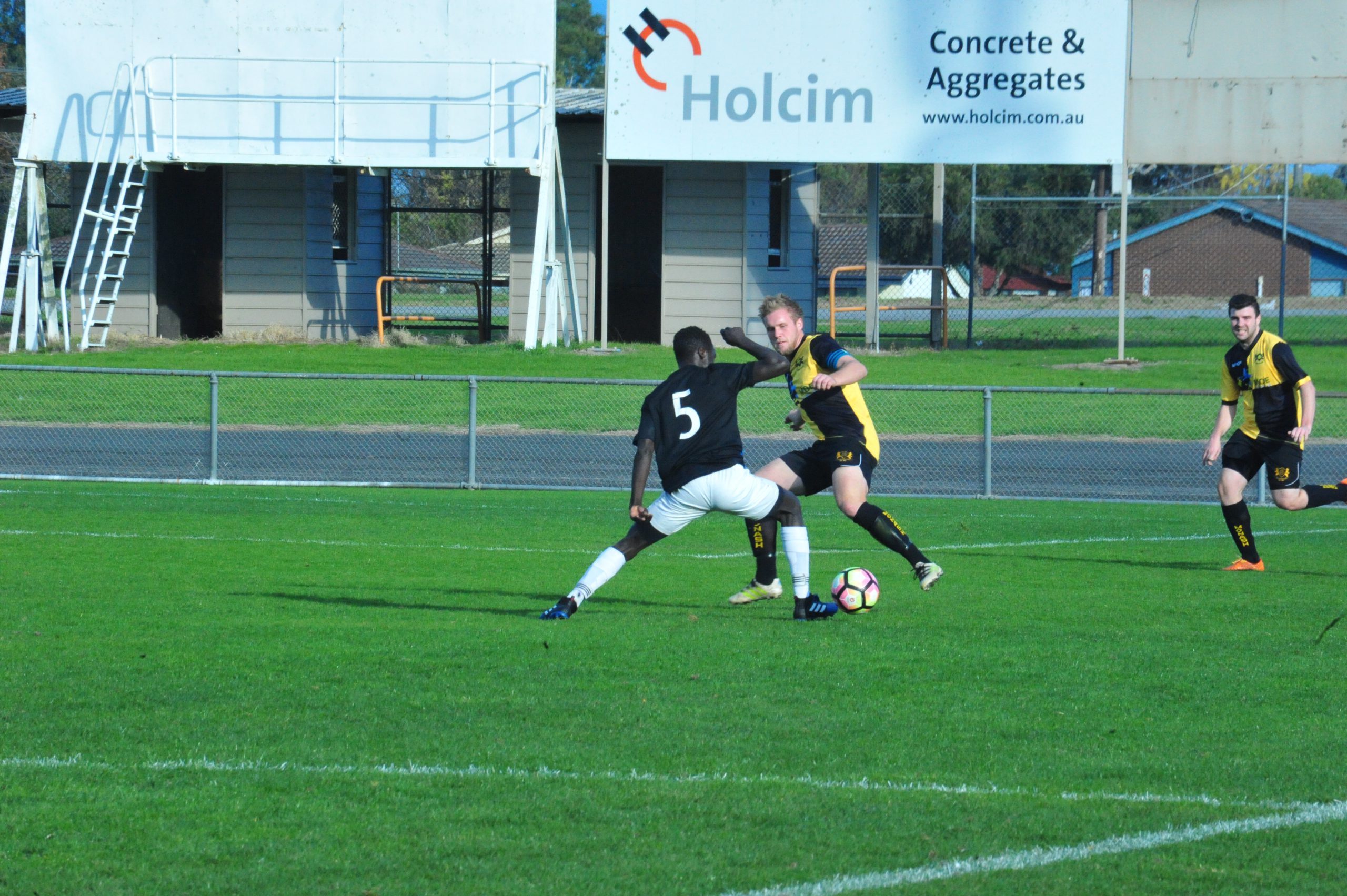 Nine rounds in and Falcons 2000 is staring down the barrel of a perfect season.

The one side that looked like it could have stopped them, Monash Wolves, took a 4-1 defeat and helped the Birds get eight points clear at the top of the table.

Falcons had a day to remember defeating its nearest challenger while the other front-runners floundered.

After an even start, the home side took the lead at the midway point of the first half when Monash failed to defend a corner adequately and Andrew Carbone side footing home Nick D’Alessandro’s corner.

Jesse Kennedy then doubled the lead on 35 minutes, catching the Wolves napping to break the offside trap and slot in the bottom corner.

Monash was dealt a further blow early in the second half when Ethan Lawrence saw red for a challenge on Carbone. Despite the numerical disadvantage Monash pulled a goal back when Jesse Davis headed home a Thomas Bramstedt free kick.

A gallant challenge followed but the Wolves were unable to pull level and it was ex-Monash man Sam Amaira who put the final nail in the coffin, scoring a brace to put Falcons further in the driving seat.

Olympians paused their march up the ladder with a two all draw at home to Trafalgar.

The stumble saw the Traralgon team slip down the table by one place to fifth.

All the action happed with about 30 minutes to go when Dragan Milesevic struck.

Victory answered back five minutes later via Nathaniel Paredes only for Olympians to go one-up again at the 80 minute mark through Scott Henri.

There was only one goal in it when the final whistle blew at Churchill and that goal left the Rams empty handed again.

City’s Matthew Amaria slotted home in the first minute and then the scorekeepers were able to put away their pens, untroubled for the reminder of the match.

The win puts Traralgon City into third on the table one point off Wolves on 19.

It’s now been three games since Churchill banked championship points, it will take on Moe next round.

The Red Devils emerged from Moe/ Newborough/ Yallourn conflict with all the points, jamming up the thresher on the Combines season thanks to a 3-2 win.

Moe opened the scoring with a cannon of a free kick by Lachlan McKenzie nine minutes in.

Riley Winkleman-Atkinson made it 2-0 just before the break.

NYUSC made a game of it with half-an-hour left as Alex Bowman got one back.

Yet it wasn’t for much as Moe’s Luke Bathgate created a two-goal gap again 10 minutes later.

Still not done, Dylan Fairbrother gave the visitors hope with a late goal but that’s as far as it went.

Things got hot in the Dutch oven as the Orangeman roasted East Gippsland by six goals to zip.

Things were all quiet until 25 minutes left on the clock, at which point Heydan Cook slammed home four goals before full time.

It was a win Fortuna needed to keep it in finals contention, and saw the team move up to seventh on the table.

In the round’s other blowout, Sale brutalised the still winless Lightning, 6-1. Kai Beamer got the Lightning off to a good start with a goal 15 minutes in.

However, 15 minutes later the Swans started their onslaught.

Kristian Phillips got the ball rolling, joined by Josh Wood just after the half time restart. Antony Wainwright got his first at 55 minutes, followed by Nick Buckhoreelall 60 seconds later.

Wainwright then went on for his hat-trick with two more goals at the 71 and 77 minute mark.