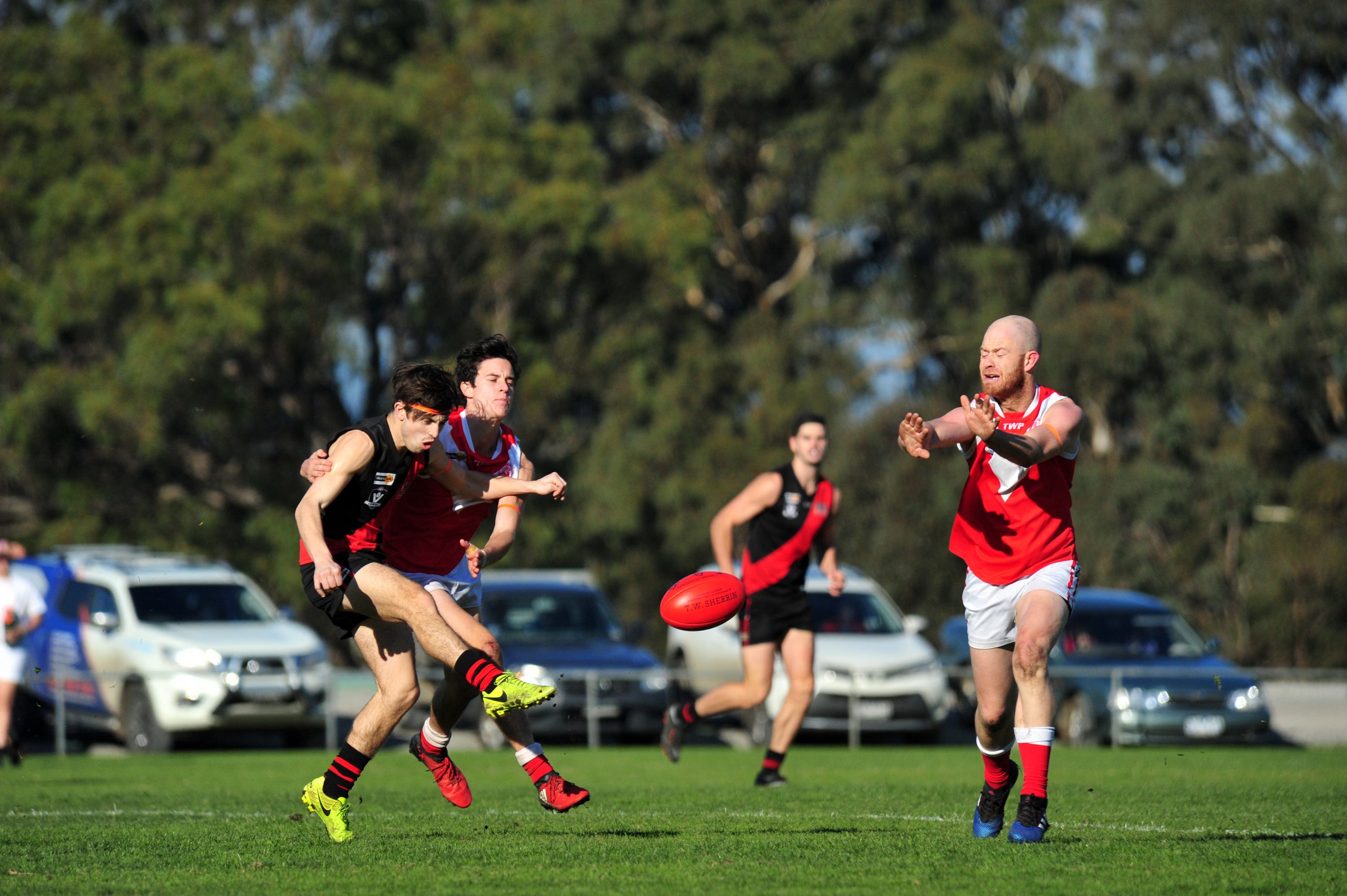 Heyfield has recorded its second win of the season against the team that denied it grand final glory last year, Sale City, defeating the reigning premier by 20 points.

Not to be outdone, Sale City fought its way back into the match in the second quarter and by half time both teams were level on 39 points.

The Bulldogs outscored Heyfield four majors to three in the final quarter but with the damage already done the Kangaroos emerged victorious 15.8 (98) to 11.13 (79).

Campbell was the Kangaroos best on, while Thomas Wilson took honours for the Bulldogs.

The result leaves Heyfield four points clear at the top of the table ahead of second-placed Sale City.

Gormandale’s losing streak now stretches to 10 matches after going down away to Cowwarr by 90 points.

Trailing by nine points at the first change, the Tigers managed just 10 points in the second quarter as the Saints broke the shackles to take a commanding 10.10 (70) to 6.5 (41) lead into the main break.

Shane Morgan was the Saints’ top scorer with six majors and Luke Hegarty and Timothy Fitch shared the honours for the Tigers with two each.

Churchill is smiling after leading at every break to record a 69-point victory over Glengarry at home on Saturday.

A six-goal-to-four second quarter meant the lead had grown to 33 points by the main change.

Churchill’s complete domination was evident in the third term, with the home team blasting five majors while its opponent could only manage two behinds.

At three-quarter time the scoreboard read 15.21 (111) to 6.6 (42) with wayward kicking preventing the Cougars from taking an astronomical lead.

Travis Brighton was the Cougars’ best, while Ben Kearns was their top goal kicker with six.

For the Magpies, Christopher Wangman was the top goal kicker with four and was named best on.

Traralgon Tyers United had an afternoon to forget on Saturday as Yarram ran rampant to take a huge 114-point victory on the road.

Cowwarr’s best and leading goal kicker was Corbin Sutherland with eight, while Jye Neilson was the Bombers’ best performer.

The result leaves Yarram in third place while the Bombers languish at eighth.

A second-half turnaround allowed Woodside to emerge victorious in its match against Rosedale.

From there the Wildcats fought back with a 33-to-23 point third quarter to go into the final change with a 10-point lead of their own.

The Wildcats’ best was Todd Bryant and their leading goal kicker was Alex Policha.

Rosedale’s top scorer was Jack Tatterson with five majors and its best was Dale Fleming.