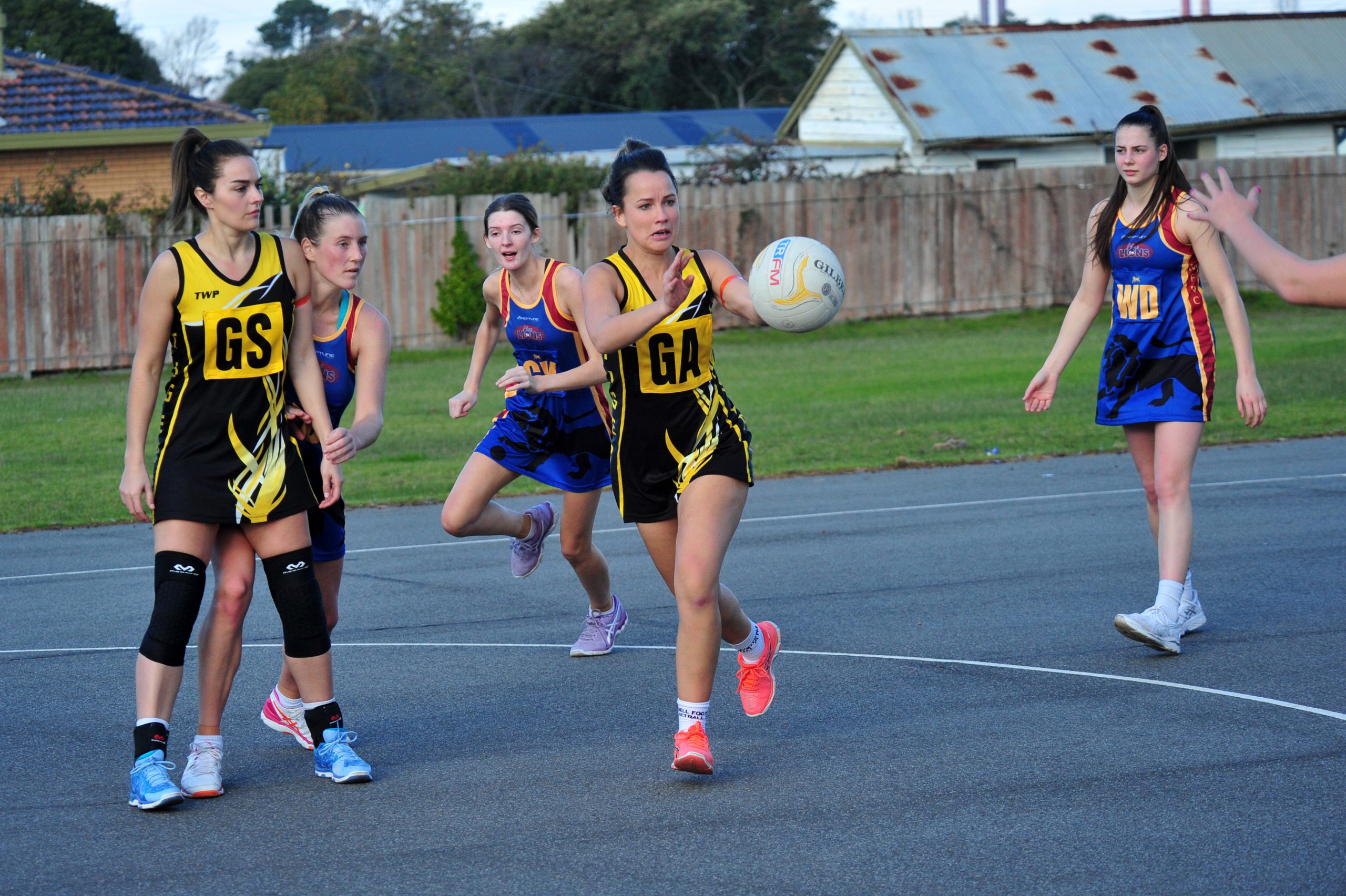 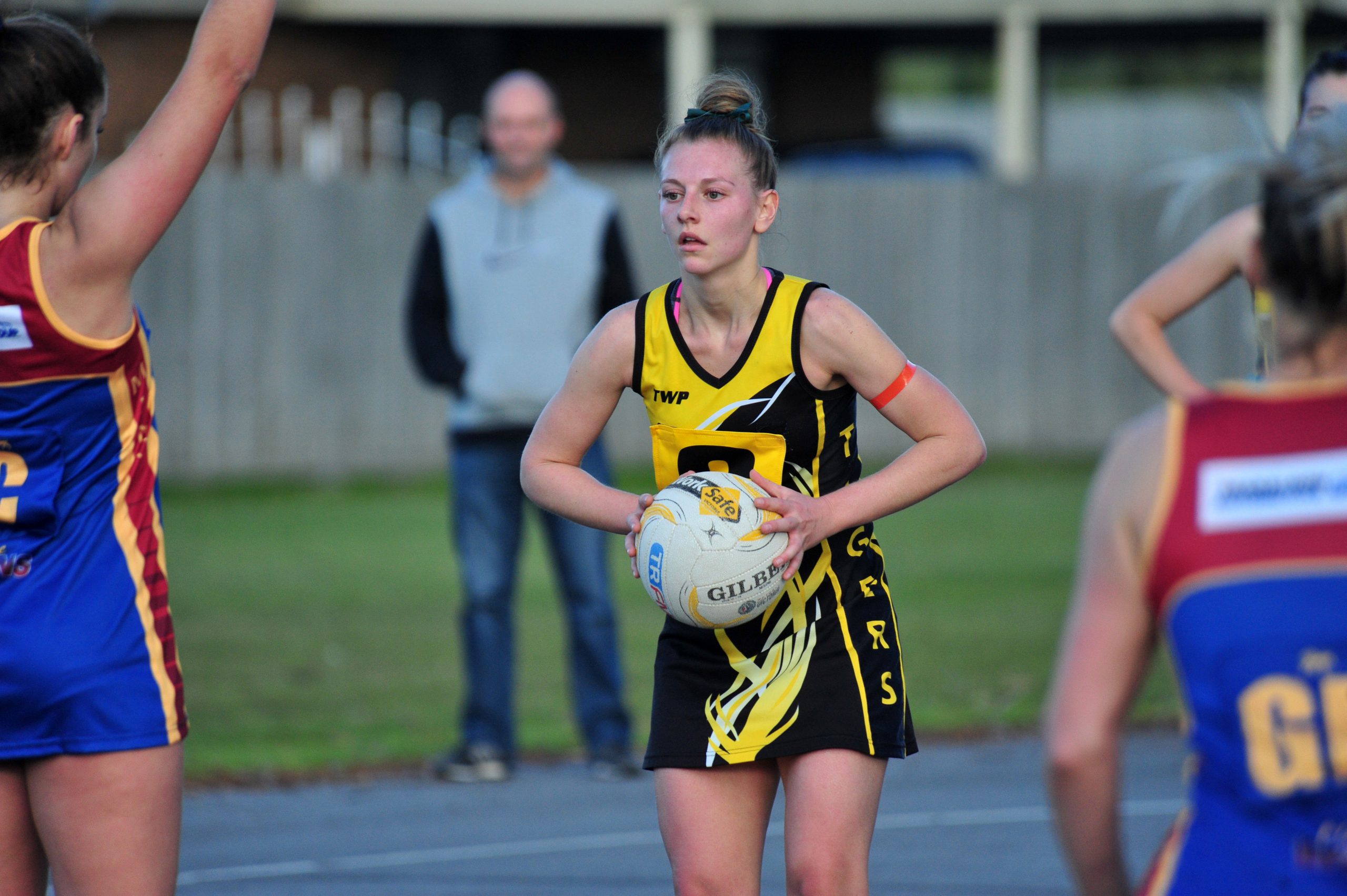 Leading at every break, the Tigers entered the game with “fire in their belly”, according to Morwell A grade coach Gail MacFarlane who said it was good to get back on track following a disappointing 33-point loss to Traralgon in round eight.

“We got off to a good start and tried to take some of their main player’s dominance away from the game,” MacFarlane said.

“Lexi Bowe mopped up everything in defence and really shut down all of her opponents.”

Sam Pearce’s drive, pace and decisiveness was also acknowledged by MacFarlane who said the mid court fed the ball to the goals “really well”.

Morwell sits third on the A grade ladder with seven wins and one loss, while the Lions sit fifth with five and four.

Moe A grade coach Vicki Van Geldern said her side was indecisive about player changes, complimenting Morwell’s consistency and discipline throughout the four quarters.

“We only had flashes of good play, we certainly didn’t play our best,” Van Geldern said.

“We need to improve across the court and re-evaluate the way we play the game.”

It wasn’t all doom and gloom for the Lions, with Georgia Moody netting 10 goals in a row in the last quarter.

Morwell hosts Drouin this round at home while Moe hosts Warragul in a fifth-versus-sixth battle.

Undefeated Traralgon continues to showcase its dominance after a 31-point win over Warragul, 66-35.

The game went the way of the Maroons in the first quarter, before the Gulls came back to shoot comprehensively in the second and third stages.

Traralgon A grade coach Kate French said she was pleased with the final result, acknowledging Stacey O’Brien as best on court for her work around the centre court.

“We’re still undefeated and we’re pleased with that however we’re remaining really focused and not getting too complacent because we’ve set the benchmark,” French said.

“It was a tough game, we came out firing in the first quarter, however Warragul came back at us in the second and third quarter.”

“We’re expecting each team to come at us harder and faster for the second half of the season.”

Traralgon hit the highway to Wonthaggi this round while Warragul play Moe on the road.

Leongatha touched up Maffra, taking the four points in a 55-36 victory.

It was the Parrots fifth win this season, sitting fourth on the ladder with four losses.

For Maffra, a lot has to be said about a side that showed promising results early on, securing only two wins out of nine games played.

Leongatha travel to Bairnsdale this week to take on the Redlegs while Maffra jump in the car to Sale for the traditional Sunday fixture clash.

Wonthaggi lived up to expectations with a win against Sale last round, home to a 46-36 win.

The Power secured the lead early in the game, hungry for its third win of the season after nine games.

The Magpies continue to fly around the bottom of the ladder with two wins and seven losses.

Both teams have home games this weekend with Maffra playing Sale and Traralgon making the trek to Wonthaggi.

Plenty can be said about the final Gippsland League game for round nine as Drouin made the long trip up the highway to give Bairnsdale a 66 point ribbing, 97-31.

It’s a game the Redlegs will hope to forget after a disappointing season so far, securing only a single win to date.

The Hawks are in good form, sitting second on the ladder with seven wins, a loss and a draw and will look to make a meal of third placed Morwell on the road this weekend.

Bairnsdale will host Leongatha at home on Saturday in a game that’s likely to go the way of the Parrots.