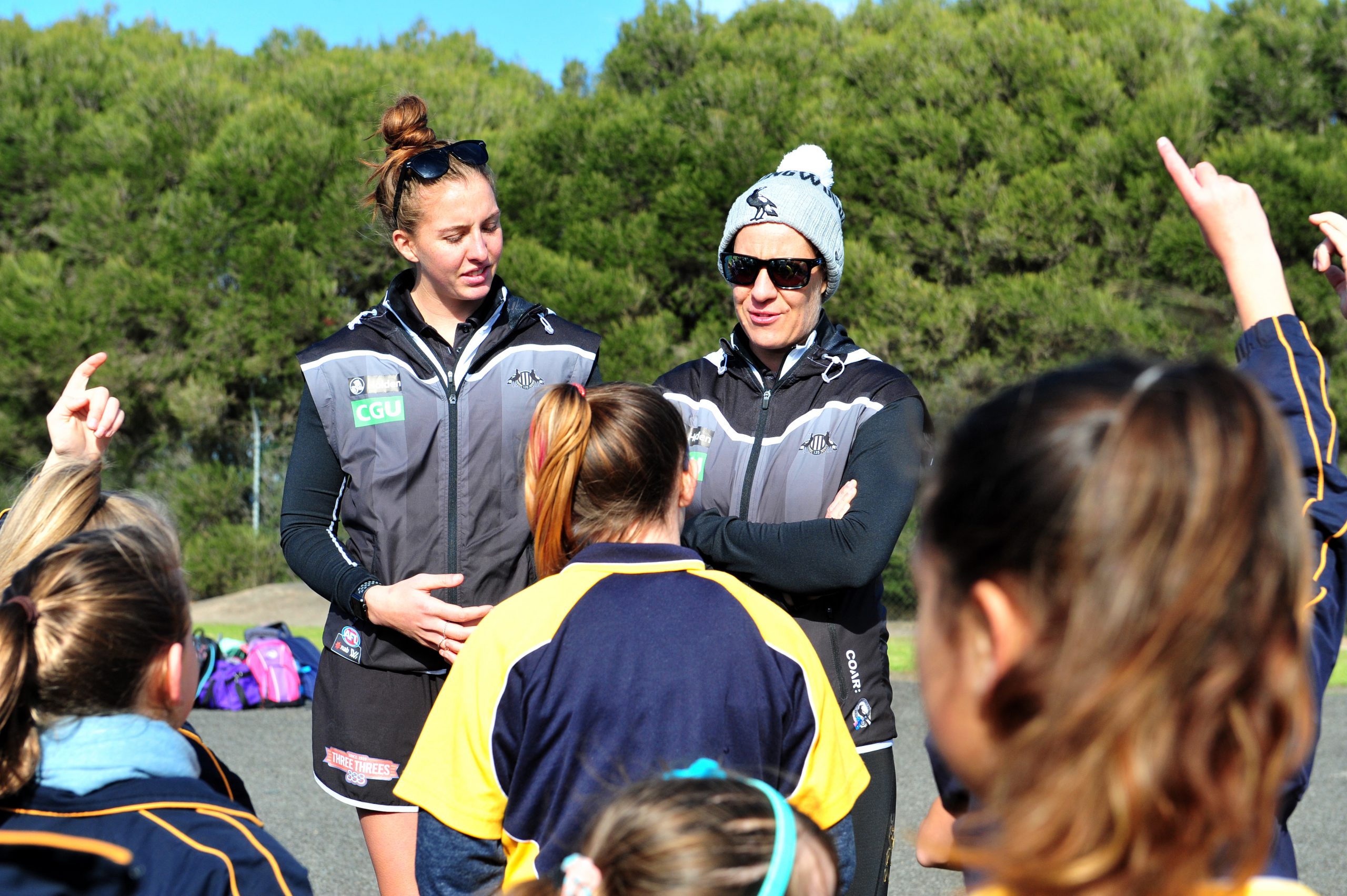 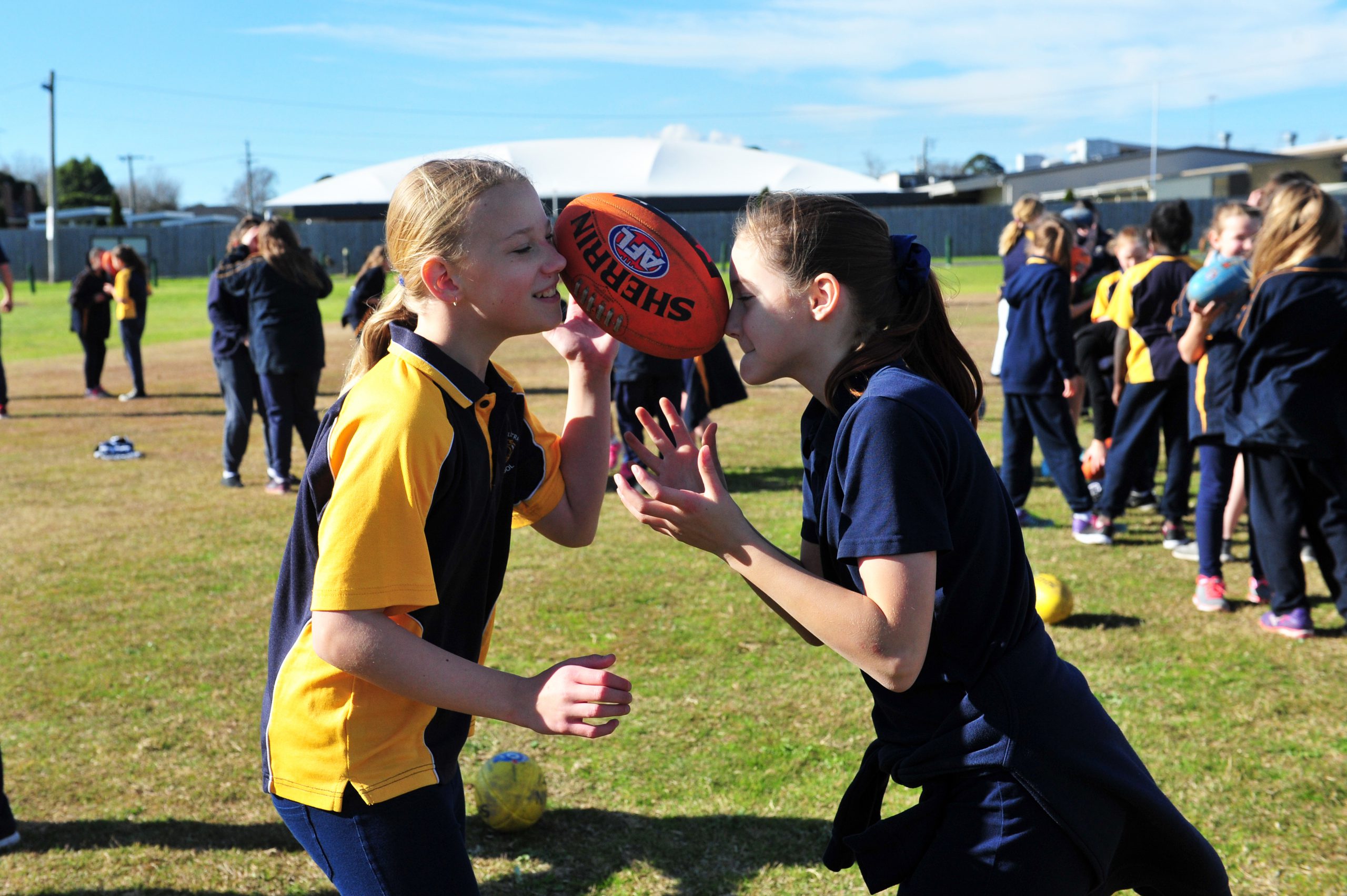 The next generation of women footballers got a chance to put their skills to the test when Collingwood’s AFL Women’s team visited the region for an all-girls skills clinic.

About 350 girls from schools across the Latrobe Valley catchment area took part in the clinic at Morwell’s Keegan Street Reserve last Friday.

Stars of the women’s game such as Emma King, Penny Cula-Reid and Meg Hutchins were on hand to put the girls through their paces.

The students worked on a variety of skills during the day, taking part in marking drills, handball exercises and kicking.

The girls also worked on tackling and bumping with tackle bag activities.

After the clinic the students took part in a question and answer session with the AFLW stars.

Women’s football has exploded in popularity in recent times following the success of the AFL Women’s league.

That popularity has extended to the local came with the Central Gippsland Junior Football League now boasting a girls’ competition.