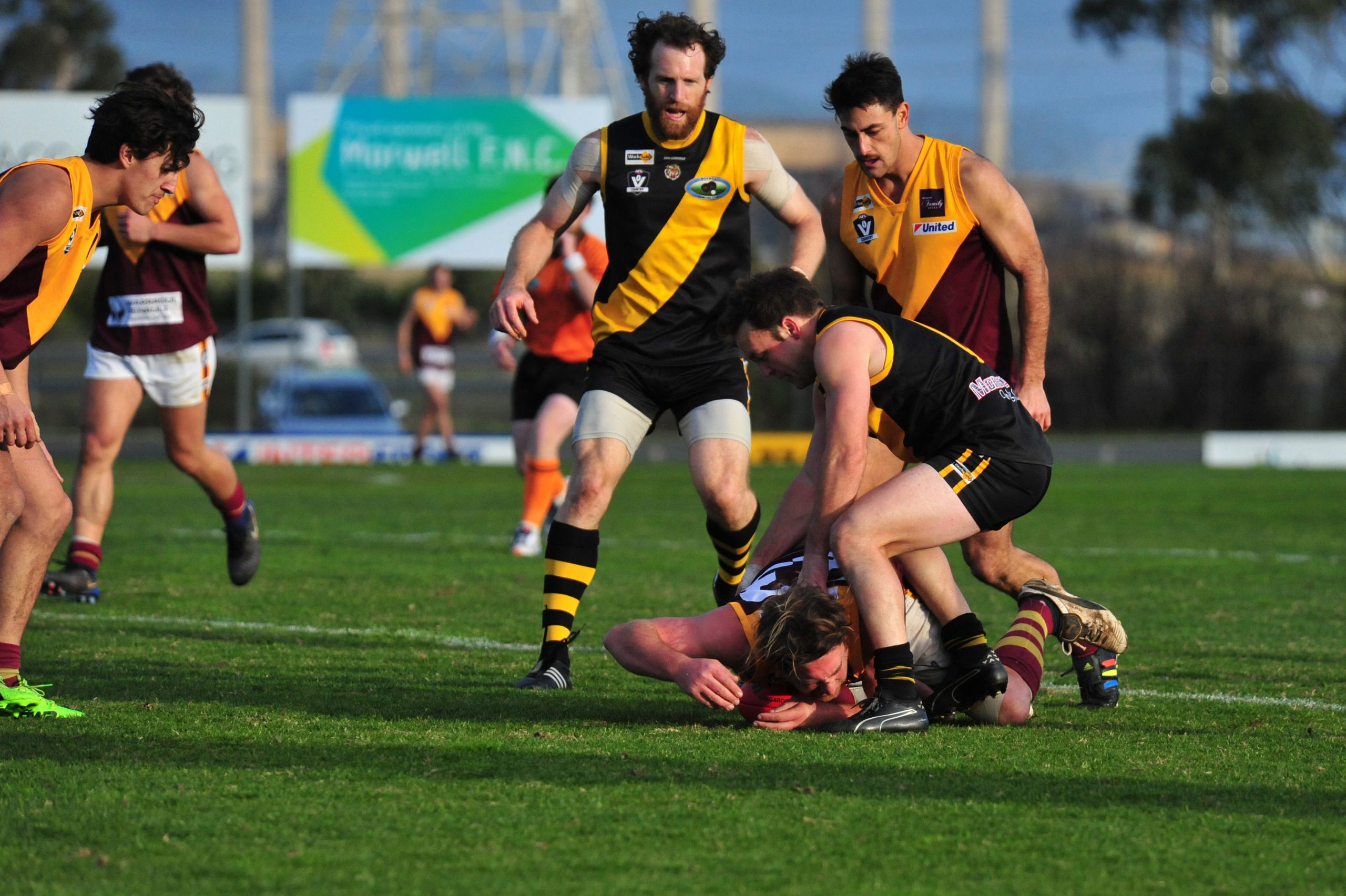 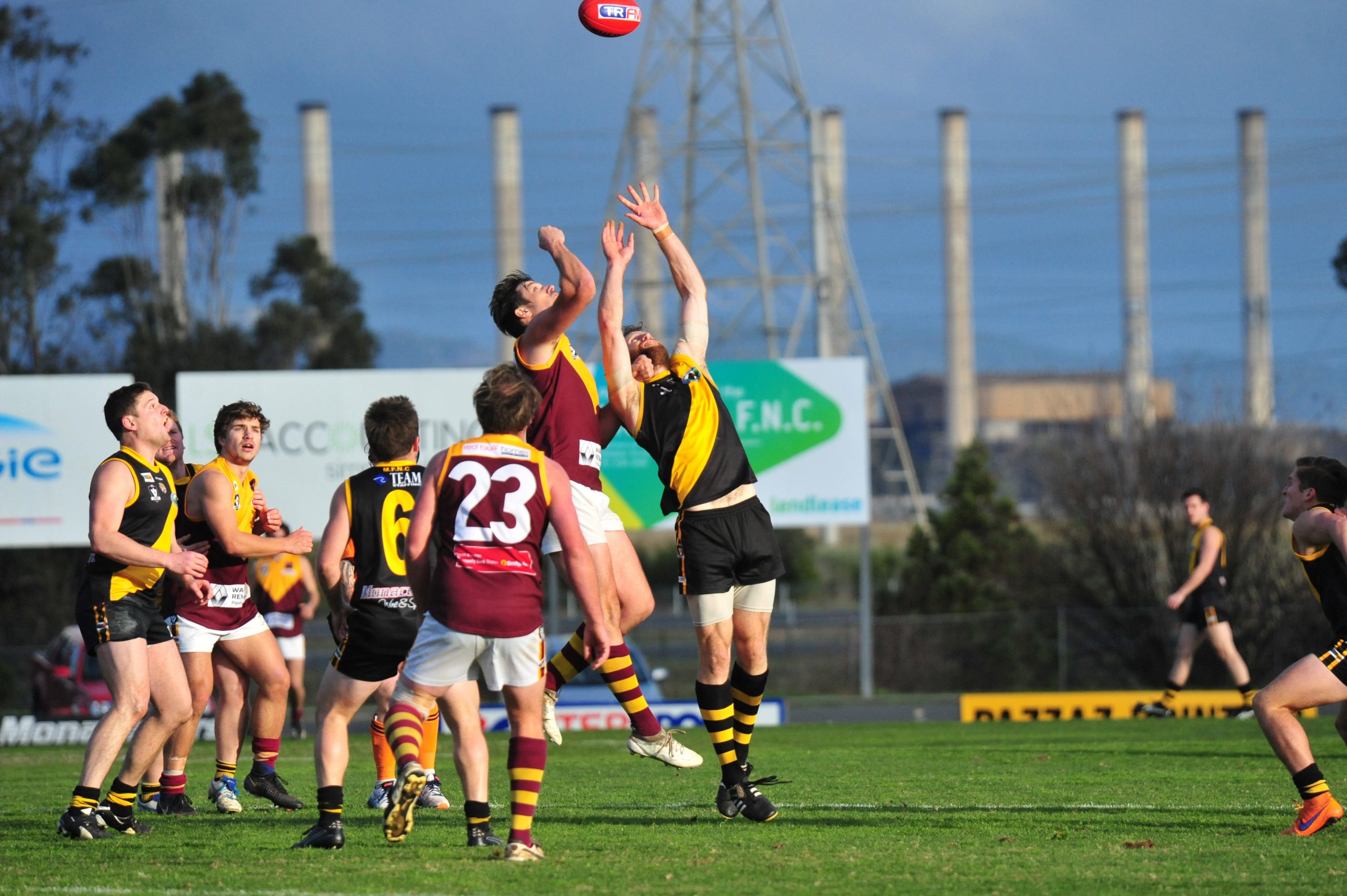 Morwell will look to improve on its form when it travels to Warragul on Saturday for a round two rematch, after their last clash went the way of the Gulls by 22 points.

The Tigers head into the game in fine form following a reasonable first half of the season, sitting fifth with five wins, four losses and a draw.

Morwell coach Joel Soutar said his side would be seeking revenge against the Gulls.

“It’s a big game for us, we’re only six points ahead of Warragul,” Soutar said.

“We’ll be looking to play four quarters of consistent football and try to dictate the play our way with plenty of pressure.”

If form is anything to go by, both teams have played, and lost to, Moe in the past two rounds.

In round nine, Morwell lost to the Lions by 14 points while last weekend the Gulls went down to Moe by six goals.

Warragul coach Steve Kidd acknowledged Morwell had improved its skill since last year but agreed it was important for his side to apply “plenty of consistent pressure”.

“Our focus will be on our pressure and attitudes, we want them to know we’re there to take the game on and play with confidence,” Kidd said.

Traralgon will aim to continue flexing its muscle when it takes on Moe this weekend following a 25-point win over Wonthaggi on Saturday.

The Maroons remain two points clear in top spot, ahead of Leongatha.

The Lions also head into the game coming off a win over Warragul last weekend, taking their win-loss tally to seven and three.

Traralgon coach Mark Collison said Moe would pose a “decent challenge” following on from the round-two, 19-point win that went the way of the Maroons.

“Moe always give us a good contest, especially in the last three years I’ve been involved,” Collison said.

“They’re pretty well balanced and they have key players in every line so we’ll be focusing on playing our footy and tag onto those key players.”

The Lions sit comfortably in fourth position on the ladder, six points ahead of Morwell, following the Tigers draw against Traralgon in round eight.

While Moe coach James Blaser was tight-lipped on the Lions’ game plan, he said he was “looking forward to the challenge”.

Leongatha’s hopes of finals action are as strong as ever following a 10-point win over Bairnsdale last week.

But Wonthaggi is “well-prepared” for the special Sunday fixture clash according to Power coach Stuart Gilmour.

“The boys always get up and about for Leongatha, they’ve flogged us a bit in the past so we’ll be looking forward to playing them this week,” Gilmour said.

Parrots coach Beau Vernon said “no matter where these teams are on the ladder, it’s always a tough encounter”.

The Power sits seventh on the ladder with four wins and six losses while Leongatha sit second with eight and two.

“Wonthaggi is always a tough task, they’re our biggest rivalry, so hopefully we get a big crowd and knock them off the perch on Sunday,” Vernon said.

In a bottom-of-the-table clash Drouin will look to nab its first win of the season when it takes on ninth-placed Sale.

The Magpies come into the game with similar form to the Hawks, with one win and nine losses during the season.

Hawks coach Bob McCallum said his team would be ready to “pile the pressure on” and “do whatever it takes” to table the four points.

“We’ll be certainly getting ourselves up and about for Sale,” McCallum said.

McCallum said it was important his team added more “competitive pressure” across the ground and aimed to “consistently hit targets” following a poor performance to date.

In the last round 11 Gippsland League game, Maffra hosts Bairnsdale in a third-versus-sixth clash.

Maffra heads into the game coming off 46-point win over Sale, while Redlegs will look to recover following a 10-point loss to Leongatha at home.

The last time these two teams met was in round two when the Redlegs lost at home to the Eagles by 71 points. The reigning premier sits third with eight wins and two losses while Bairnsdale bump in with four and six.