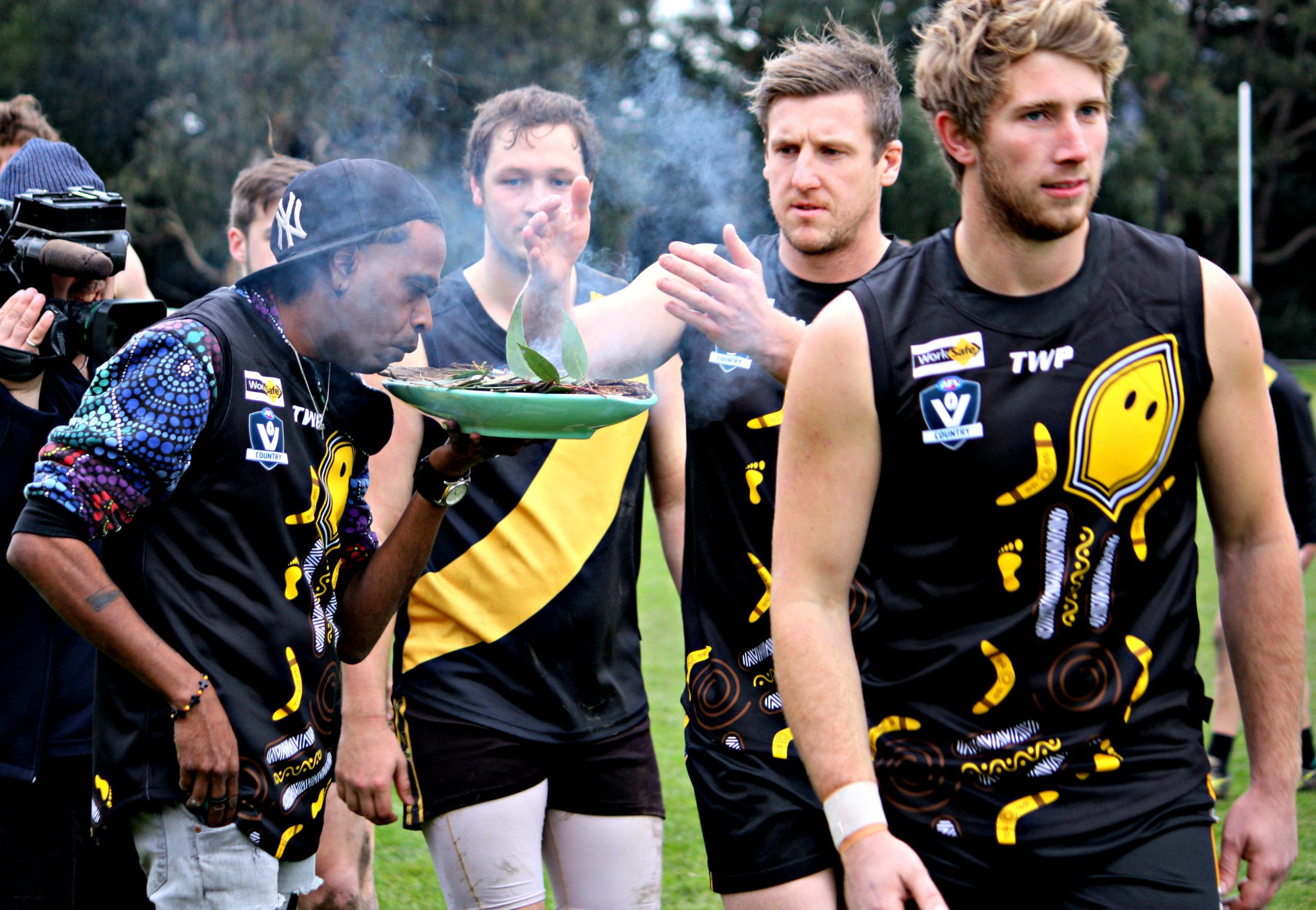 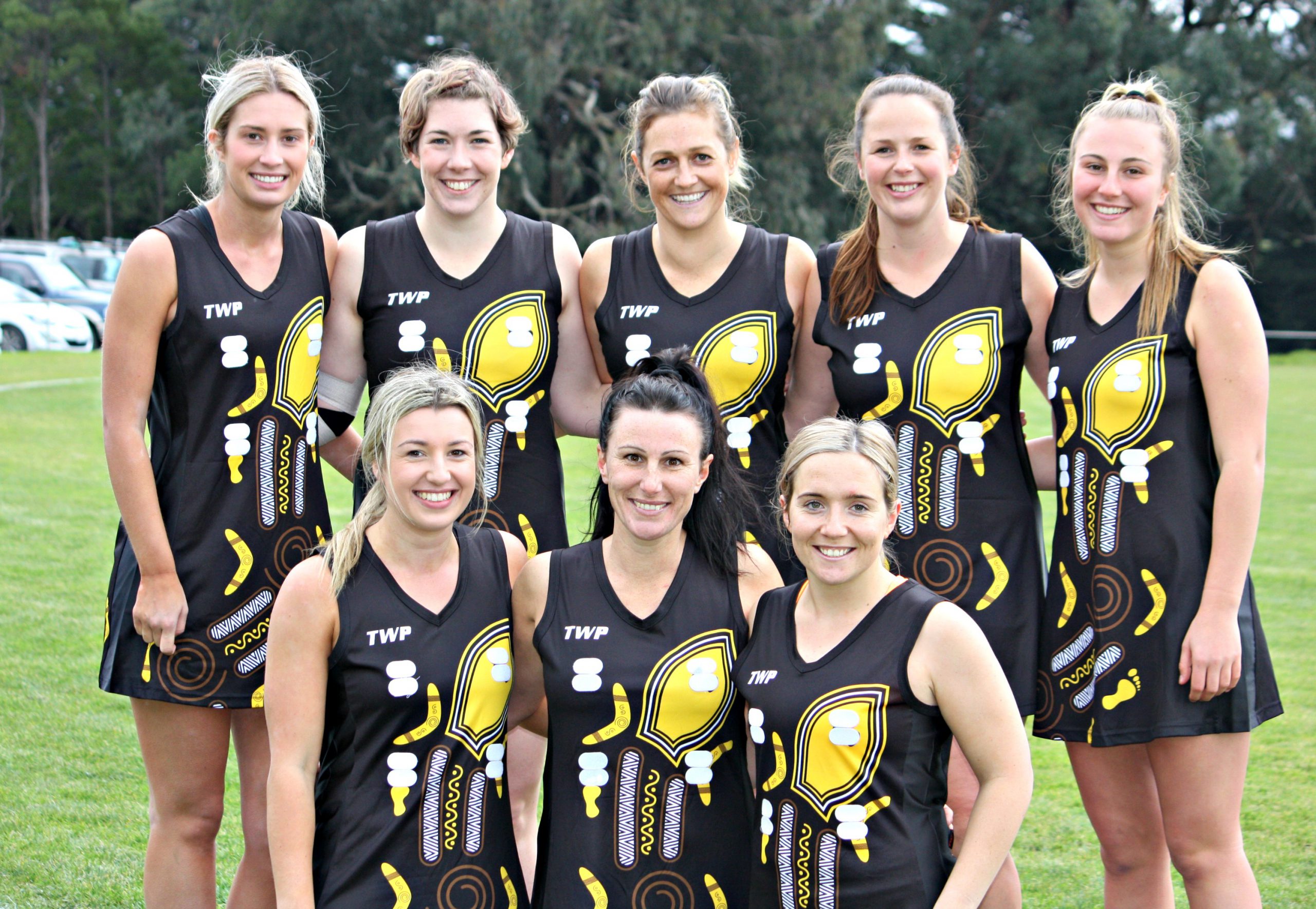 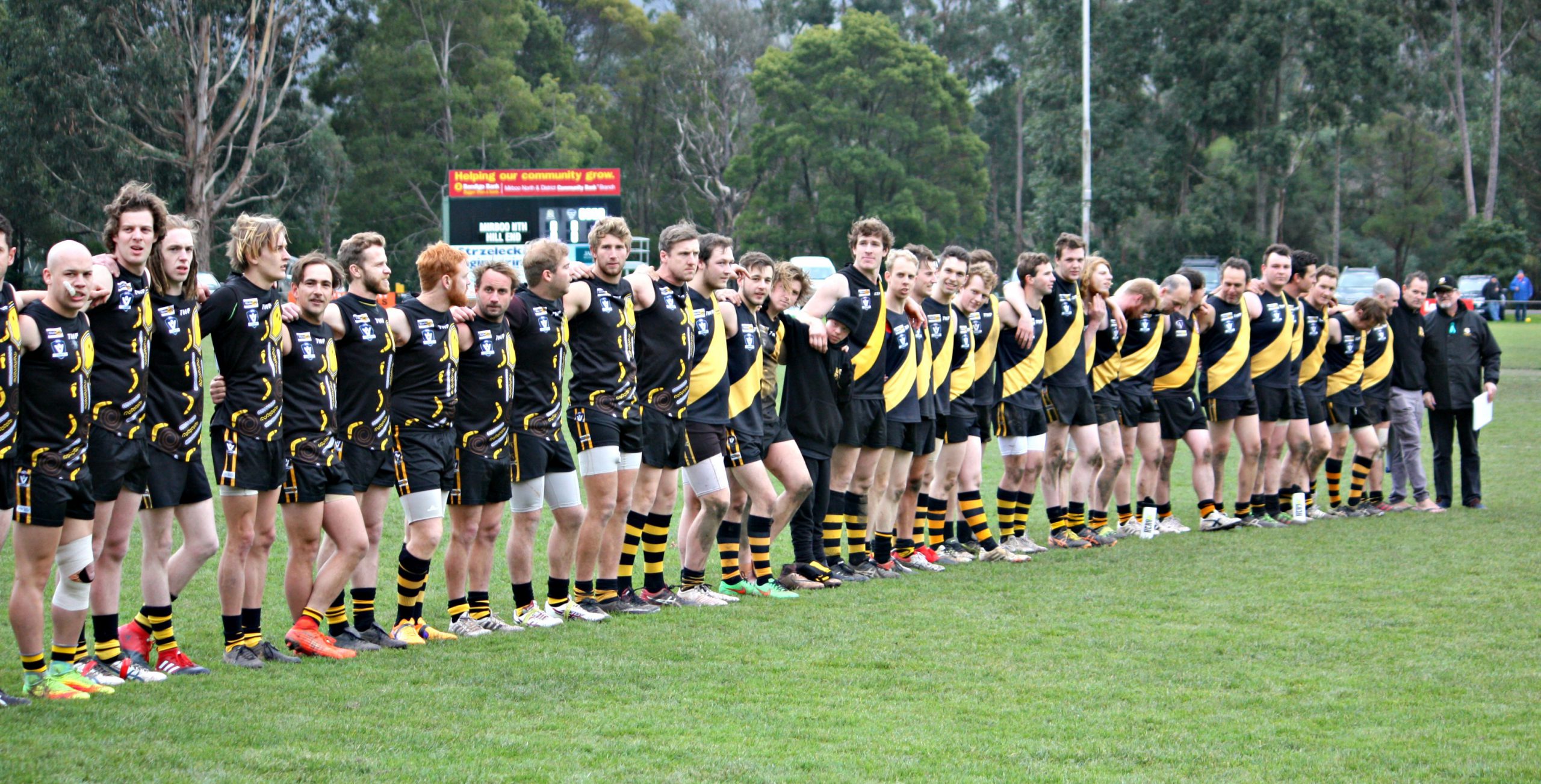 This year’s NAIDOC Week ran from 2 to 9 July and its 2017 national theme ‘Our Languages Matter’, highlighted the 120 indigenous languages spoken by Aboriginal and Torres Strait Islander people.

The theme identifies the role indigenous languages play in cultural identity in linking people to land and water and in the transmission of Aboriginal and Torres Strait Islander history, spirituality and rites through song.

Immediately before the senior football and A Grade netball games, traditional owners, past and present, were recognized when Mr Edwards performed a formal smoking ceremony and Welcome to Country on the football oval.

After Mr Edwards addressed the large gathering, he lit a collection of native plants from which clouds of smoke rose skywards.

Mirboo North and Hill End footballers and netballers, officiating umpires, MNFNC and Hill End officials, guests and members of the public, then walked past the platter of smoking plants held by Mr Edwards.

Along with its Indigenous Round celebrations, MNFNC also incorporated its annual northerners, sponsors and life members days in the club’s upstairs viewing room, where a light lunch was served during the senior football match.