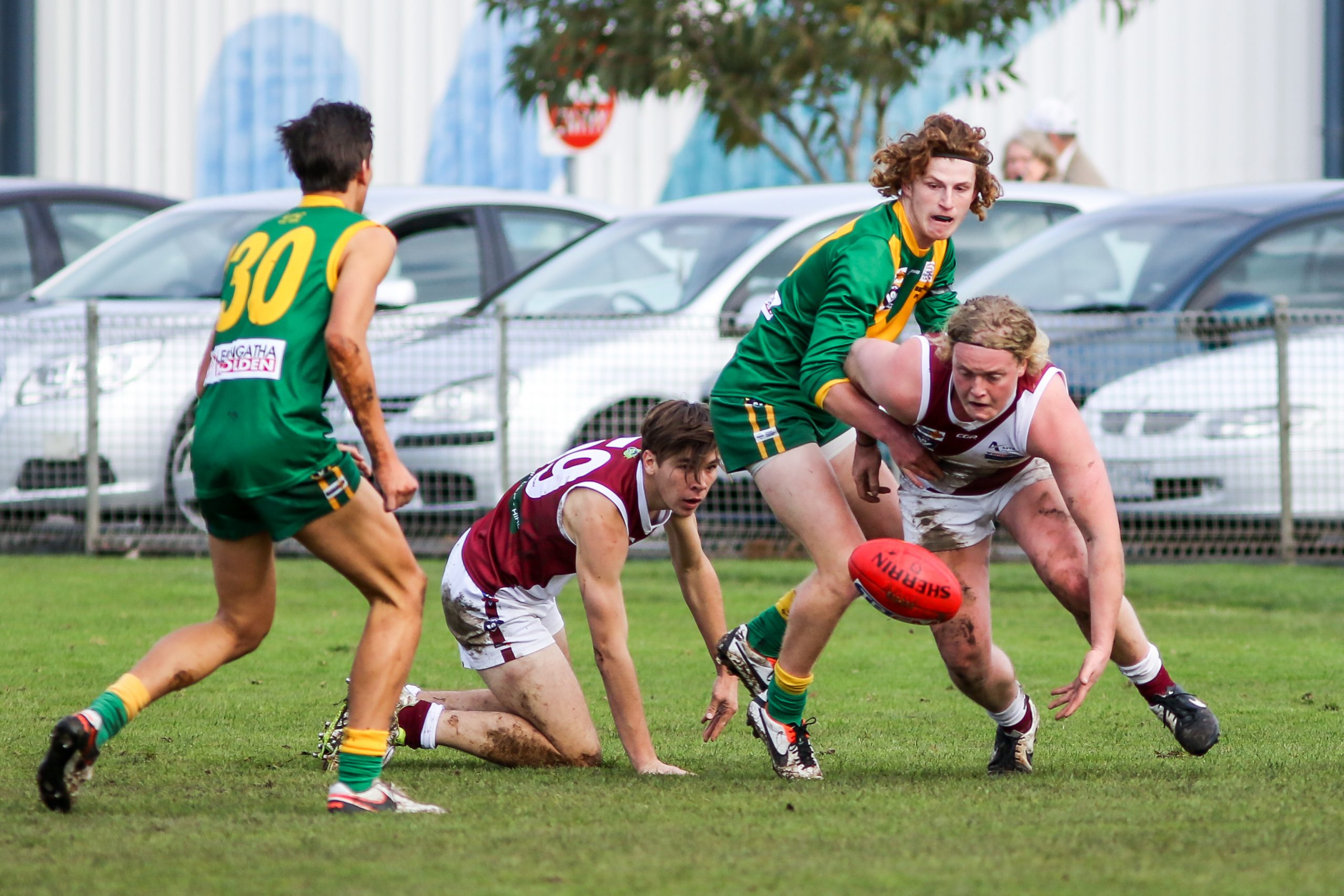 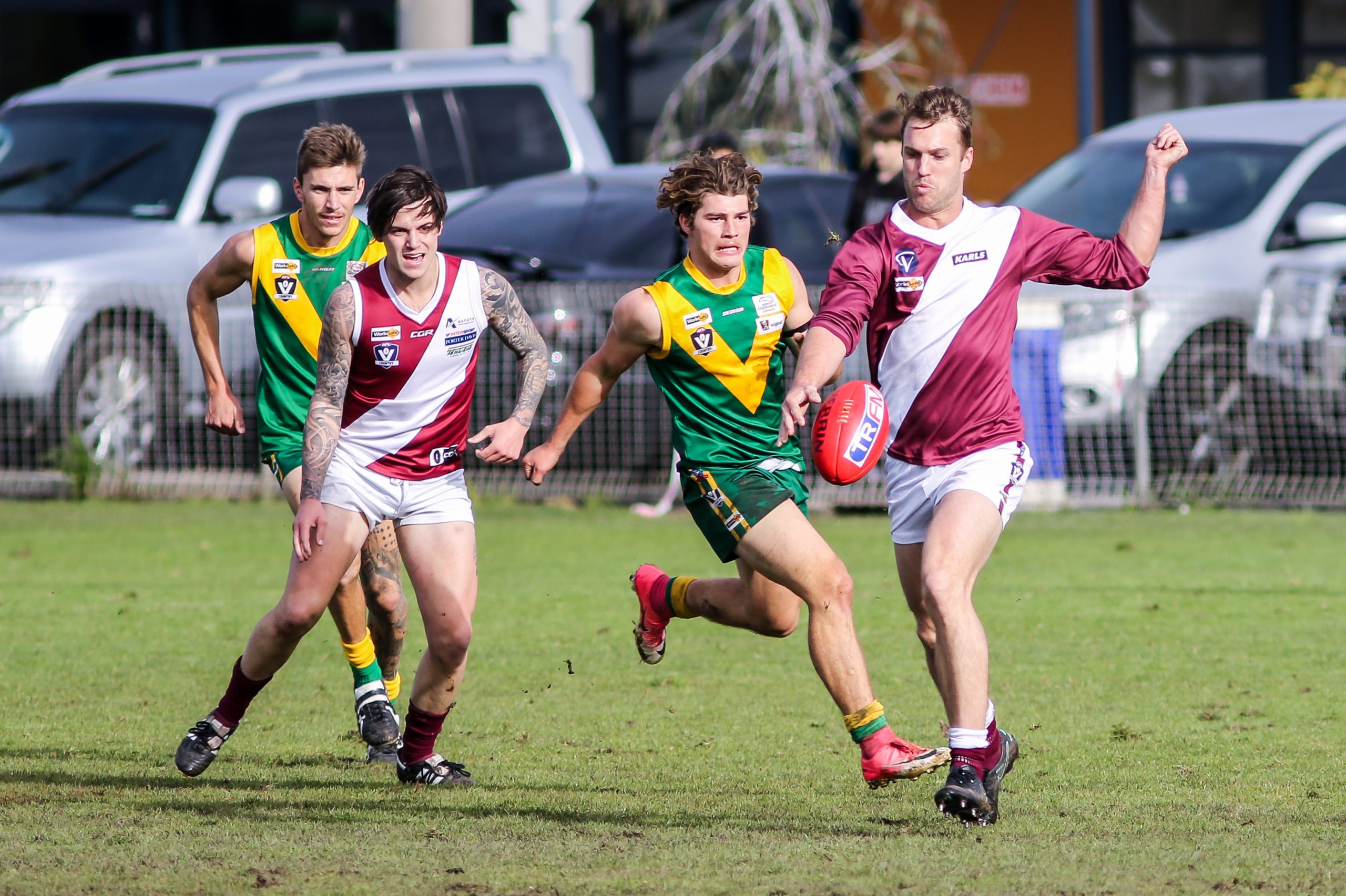 The Magpies were able to overturn a 13-point discrepancy at quarter time to record just their third win of the season.

“We structured our forward line differently because kicking goals has been a problem for us this year,” said Fyfe.

“Footy is usually won in the midfield but we had a few big marking forwards taking grabs.”

The Sale forwards put on seven second-quarter goals to Morwell’s two, giving the Magpies a handy 18-point lead at half-time.

“We put lots of pressure on them and that’s what worked in our favour.

On a fairly lacklustre season so far, Fyfe cited the injuries that have plagued the Magpie list.

“We’ve been building towards this,” he said.

“We had injury troubles with blokes coming in and out which doesn’t help, and we’ve actually been playing okay.

Morwell coach Joel Soutar made no concessions for his side and said there were “no excuses” for the 33-point loss.

“We had a few unavailable, but we definitely thought the side we had in could win the game,” Soutar said.

“We fell away in the second half and got complacent which hasn’t been our strong point in the last few weeks so we’ll need to address that.”

It doesn’t get any easier for Morwell, which comes up against top-of-the-table Leongatha at home in round 14.

“(Leongatha) are one of the best sides in the competition at the moment,” Soutar said.

“We know our best footy is good enough and we get a few players back this week, so we just have to bring it.”

Jack Lipman, Michael Todd and Jordan Dessent were given best-on-ground plaudits for Sale, while Ryan Hearn and Tayler Weatherill were shining lights for Morwell.

Wonthaggi heads into round 14 with confidence after securing a 10-point win against Bairnsdale on the road.

Wonthaggi coach Stuart Gilmour said he was impressed with his side’s efforts after a tough trip to Bairnsdale.

“We really got our head around playing the game early, which was important, and we were really able to capitalise on opportunities which we haven’t done in the last few weeks,” Gilmour said.

Jack Blair and Jarrod Membrey starred for the Power, while Lachie Jones had a stellar game up forward.

Drouin came agonisingly close to recording its first win of season 2017 on the weekend, falling just short of Moe.

After relinquishing a five-goal lead at three-quarter time, the Hawks endured a last term goal onslaught from Moe to fall by 10 points.

“We ran away with the game in the end and we put in a really solid effort in the last quarter,” Blaser said.

While Drouin came a little too close for comfort, Blaser was buoyed by the fight the Lions showed.

“We could have rolled over and let Drouin win but we fought back really hard and showed a lot,” he said.

James De Virgilio and Thomas Long stood up for Moe, while Bryce Collings shone up forward with three goals.

With a 25-point deficit at half-time, Warragul looked to be in the game until Maffra turned on a third term goal-kicking clinic.

Darren Sheen proved an indomitable force for the Eagles with seven goals for the day, while Daniel Bedggood and Tom Jolly each scored three.

First played third when Leongatha hosted Traralgon at the weekend, with the Parrots edging out Maroons in a low-scoring encounter to record a 7.12 (54) to 6.9 (45) win.

Leongatha controlled the game at every change, with its biggest lead of the day 22 points at half-time.

John Ginnane and Christopher Dunne scored two each for Leongatha and Jordan Sandy kicked three for the Maroons.