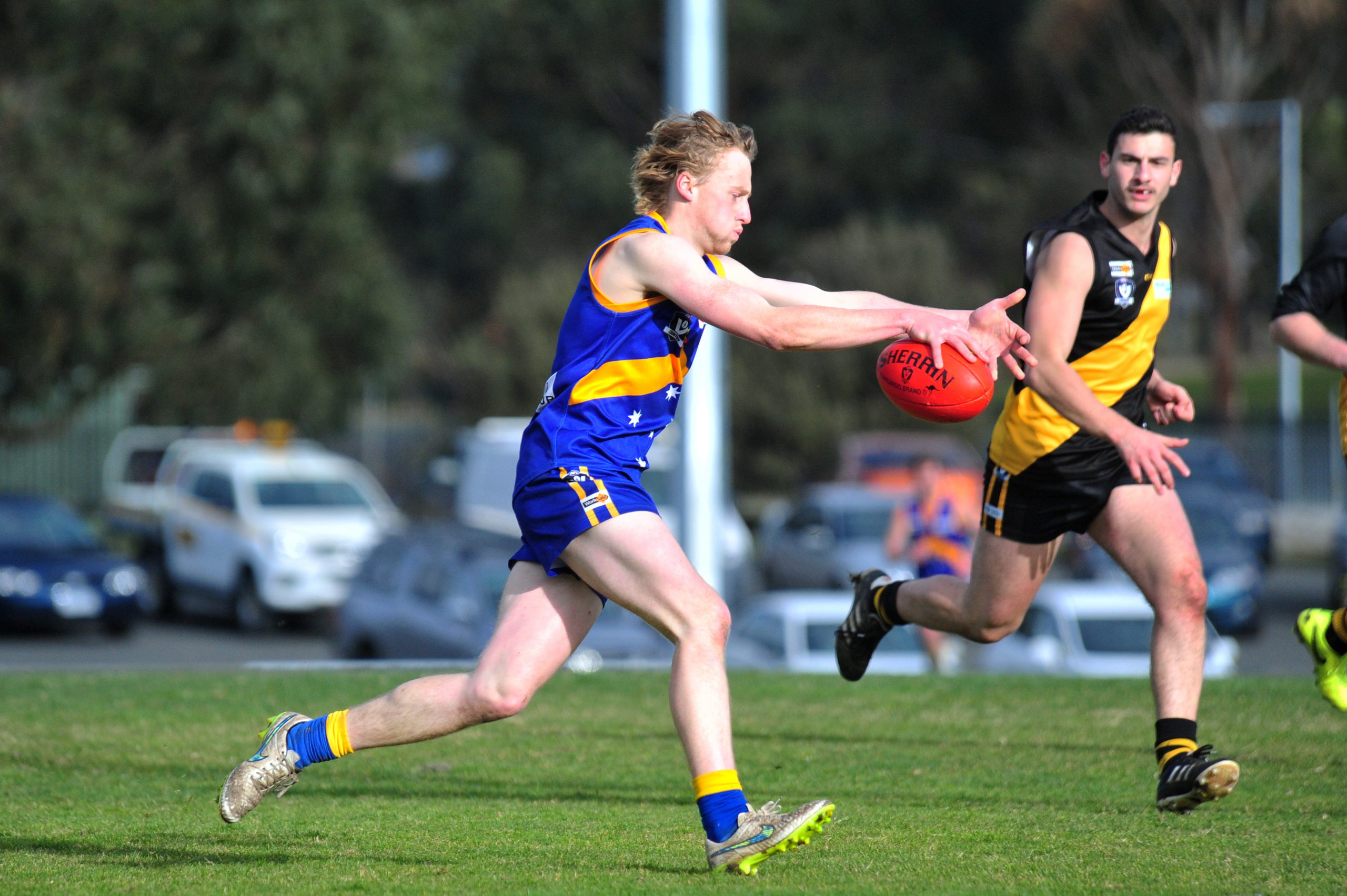 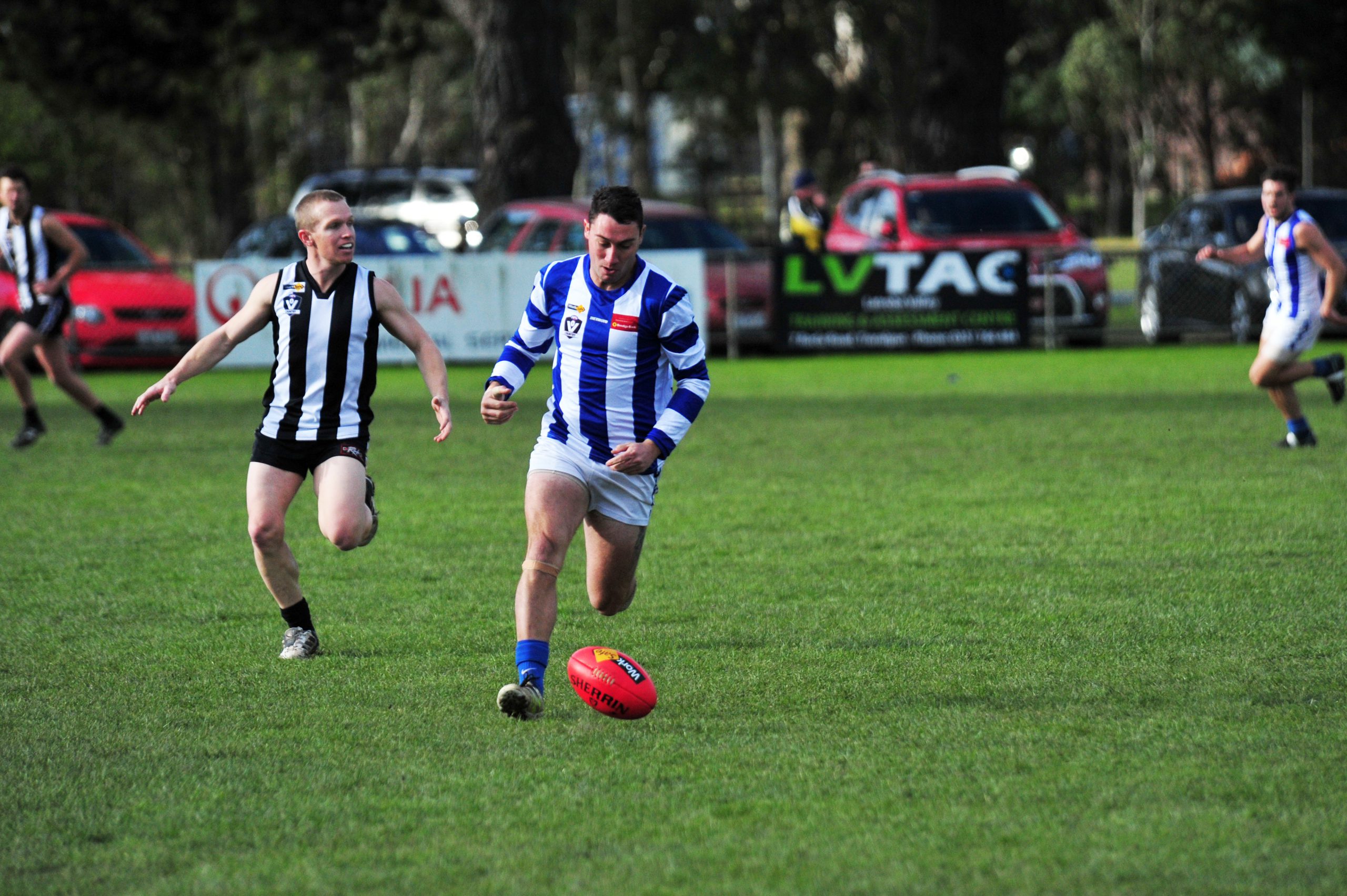 The top five of the North Gippsland Football League was sewn-up this week in the final home and away round of 2017.

Yarram finished top of the table with 16 wins and heads straight through to week two of the finals.

The qualifying final feature Sale City and Heyfield after they both secured wins in round 18 and finish in second and third, respectively.

The Cougars emerged victorious to the tune of 62 points and will face Woodside for the second time in a row in this weekend’s elimination final.

The fixture between Churchill and Woodside looked to be the game of round 18 but a dominant Cougars outfit put the Wildcats to rest with ease, storming home 14.12 (96) to 4.10 (34) winners.

The Churchill defence was impenetrable and held Woodside to just four goals for the day while Josh Kennedy and Daniel Missen both scored singles.

Alex Policha was the only multiple goal scorer for Woodside with two majors.

The two were matched on 11 wins apiece after round 17 but the win sees the Cougars finish in fourth, a game clear of Woodside.

There will be a sense of deja vu in the air this weekend when the two meet again in the do or die elimination final.

Churchill coach Brendan Holt said the win didn’t mean much ahead of this week’s final.

“It was a bit of a nothing game to be honest,” Holt said.

“I wasn’t sure what to expect but we certainly don’t take much out of the scoreboard because it wasn’t a finals footy environment and it will be a completely different game this week.”

Josh Stubbe was huge for Heyfield with seven goals while Jesse Jackway’s four were enough to earn him best-on-ground plaudits.

Jackson Catlin scored two for the Bombers in their final game of the year and Jacob Albanese and Timothy Aitken one each.

Heyfield coach Josh Stubbe said it was an “interesting day” for Roos.

“We had a couple of guys out, so our structures were thrown about a bit so we went in with the mentality to execute as best as possible,” Stubbe said.

Stubbe was pleased with the Roos’ performance in “muddy conditions” and praised Scott Anderson’s efforts down back.

“I thought (Anderson) was best for us,” he said.

“Absolutely nothing got past him and we kept their score pretty low because of that.”

The loss was TTU’s 12th for the season and sees it finish up in eighth position on the North Gippsland league ladder for 2017 for the second consecutive year.

Heyfield finishes in third spot on the North Gippsland league ladder with 14 wins for the season and faces Sale City this weekend in the qualifying final.

Michael Pettitt, Kyle Sleep and Shem Rendell were among the best for Yarram in the win.

The 104-point defeat is Cowwarr’s 11th loss for the season and sees it round out 2017 in sixth position, 16 points off the trail of Woodside in fifth.

The win is Yarram’s 16th for the season and means it will have the week off with a top-spot finish on the North Gippsland league ladder.

Neither team was in the running for finals ahead of the round 18 clash, but Gormandale appeared on track to record its first win of the season after leading by three points at half-time.

Rosedale was relentless in the second half, stacking on eight goals to hand the luckless Tigers their 18th defeat of 2017 and the wooden spoon.

Joseph Colaciello was big for Gormandale in the defeat with four goals, while Daniel Golcic scored two.

Frazar Brouns and Bradley Caldwell kicked three each for Rosedale and Thomas Love and Corey Beaver two each.

The Blues finish off season 2017 in ninth position with three wins, three off the pace of its sixth-placed finish in 2016.

Sale City was always going to be a tough ask for Glengarry and the Bulldogs proved why they are flag fancies with a 23.18 (156) to 2.8 (20) belting of the seventh-placed Magpies.

The win is City’s 15th for the season and sees it sew up second spot on the North Gippsland league ladder.

Glengarry managed just two goals for the day while the Bulldogs stacked on an astonishing 23.

Bohdi Walker scored seven to take his season tally to 55.

Cameron Graham and Chris Wangman were the lone scorers for Glengarry.

The Magpies finish 2017 in seventh position, two spots ahead of their ninth-placed finish in 2016 while the Bulldogs host Heyfield this week in the qualifying final.