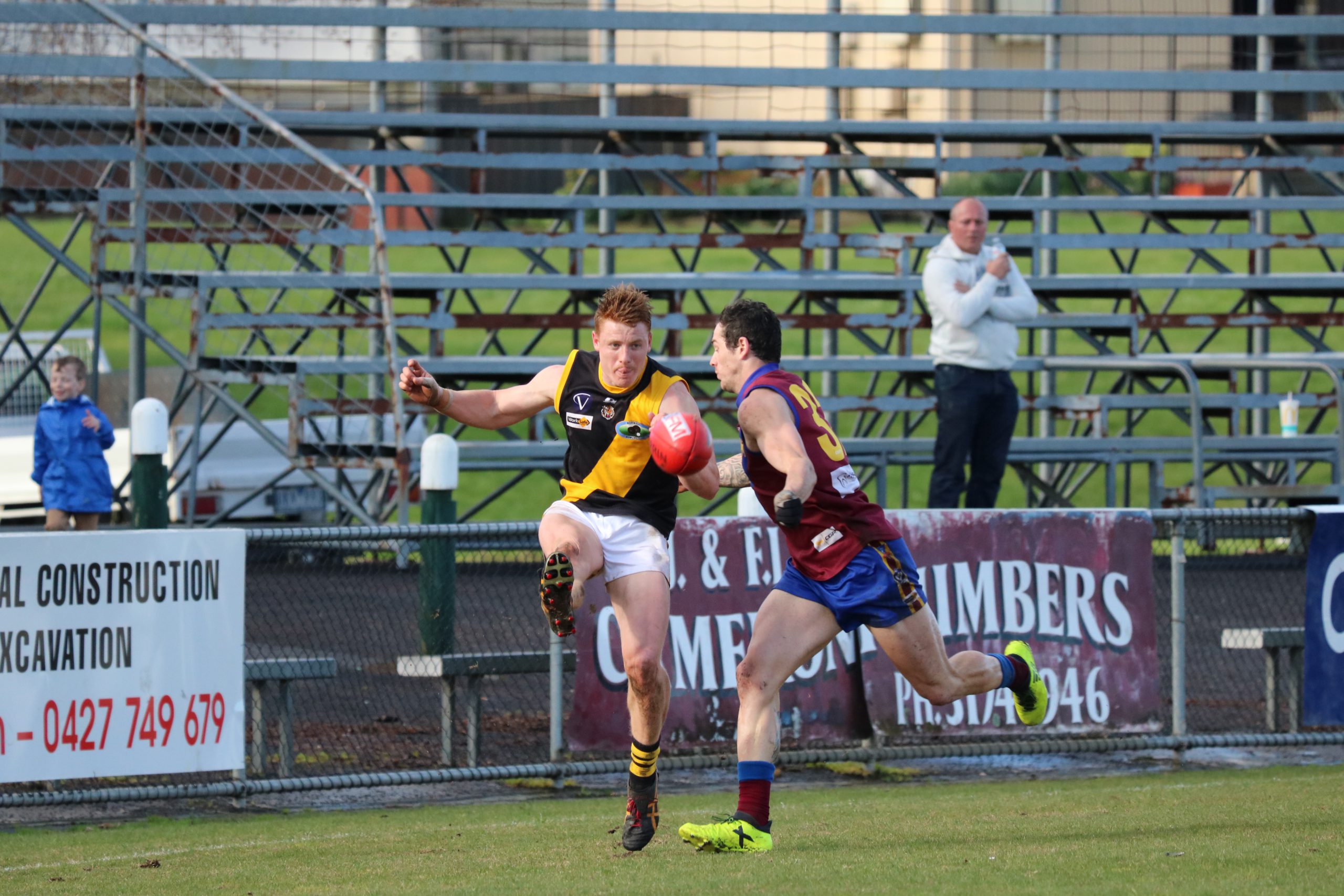 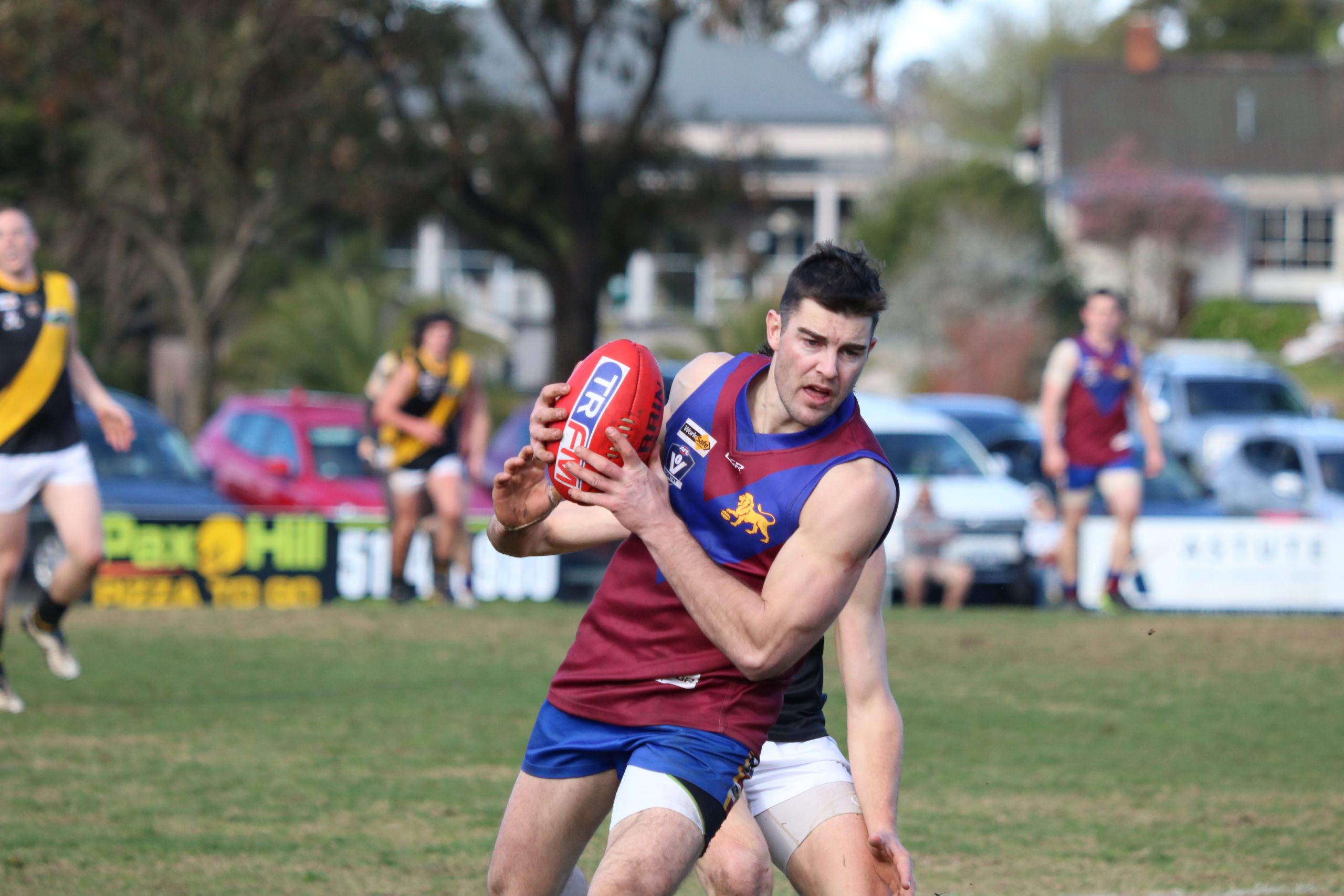 Traralgon overcame a slow start against defending premier Maffra in Saturday’s qualifying final to earn itself a date with Leongatha in this week’s second semi-final after a 9.14 (68) to 7.8 (50) win.

The Eagles flew away to a brilliant start, putting on three unanswered majors to leave Traralgon goalless at the first break.

The Maroons kicked in to gear in the second quarter and goaled through Dylan Loprese and Haydn Hector for the only two majors of the term.

With the lead standing at eight points in favour of Maffra at the major break, scenes were set for a thrilling second half.

Traralgon held its momentum in the third quarter and drew first blood after just 18 seconds through Jay Neagle to etch the lead back to just two points.

A lull in scoring ensued and the Eagles didn’t answer until the 19-minute mark with a goal to Mitchell Bennett.

A goal for the Maroons from Rohan Hildebrand late in the third was quickly answered again by Bennett for Maffra to give the Eagles to a five-point advantage at the final break.

Traralgon emerged a determined force in the last term and scored through Matthew Northe after just 18 seconds of play.

Not to be outdone, Darren Sheen popped up for Maffra and answered with a goal two minutes later.

Successive goals from Tim Northe and Michael Stockdale put the Maroons up by six points midway through the last and a quick rebuttal from Danny Butcher bought the Eagles within two.

The Maroons refused to lie down and scored the final two goals of the game to run out 18-point victors.

Traralgon now faces Leongatha, with the winner moving straight through to the Gippsland League grand final.

“We’ve been building towards this for a couple of weeks and there was a fair bit of room for improvement in the side,” Collison said.

Despite the clutch win, Collison remained reserved about Traralgon’s form heading into week two of finals.

“We still need to tidy up a few areas in order to get to our best, and if we can get those improvements going then we should be in a pretty good place,” he said.

After losing two players to injury within the first 10 minutes, Collison thought his side “settled really well” thereafter.

“We were under a bit of duress with Troy Forrest and Adam Jaensch being taken to hospital early on and we had a fair bit of adjusting to do but once we did we got back on track really well,” he said.

Collison struggled to highlight a single source of success in the Maroons line-up, attributing the win to every one of his 22 players.

“Every single group won its individual battle across the ground and I don’t think we walked away with any beaten areas, which is a huge improvement,” he said.

Whilst buoyed by the big win, Collison said his side would now steady and look towards its semi-final meeting with minor premier Leongatha.

“We’ll start getting things right this week and hopefully the results from training at Tuesday and Thursday carry through to the game on Saturday,” he said.

With a second chance, Maffra will now face Moe in the first semi final on Sunday, 10 September.

The second semi-final between Leongatha and Traralgon will be played on Saturday, 9 September, with the winner earning itself a grand final berth.

The Lions now move into week two of finals action and will face defending premier Maffra in the second semi-final on Sunday.

A three-goal to two first term led the Lions to a four-point lead at quarter-time.

Moe was indomitable in the second quarter, stacking on five unanswered goals to extend its lead to 27 points at half-time.

The Tigers managed two majors in the third quarter but the Lions bagged three to head into the last break, steadied with a 27-point advantage.

The deficit proved too much for Morwell to overcome and the Lions tore away to a resounding 45-point win to earn themselves a semi-final berth against Maffra.