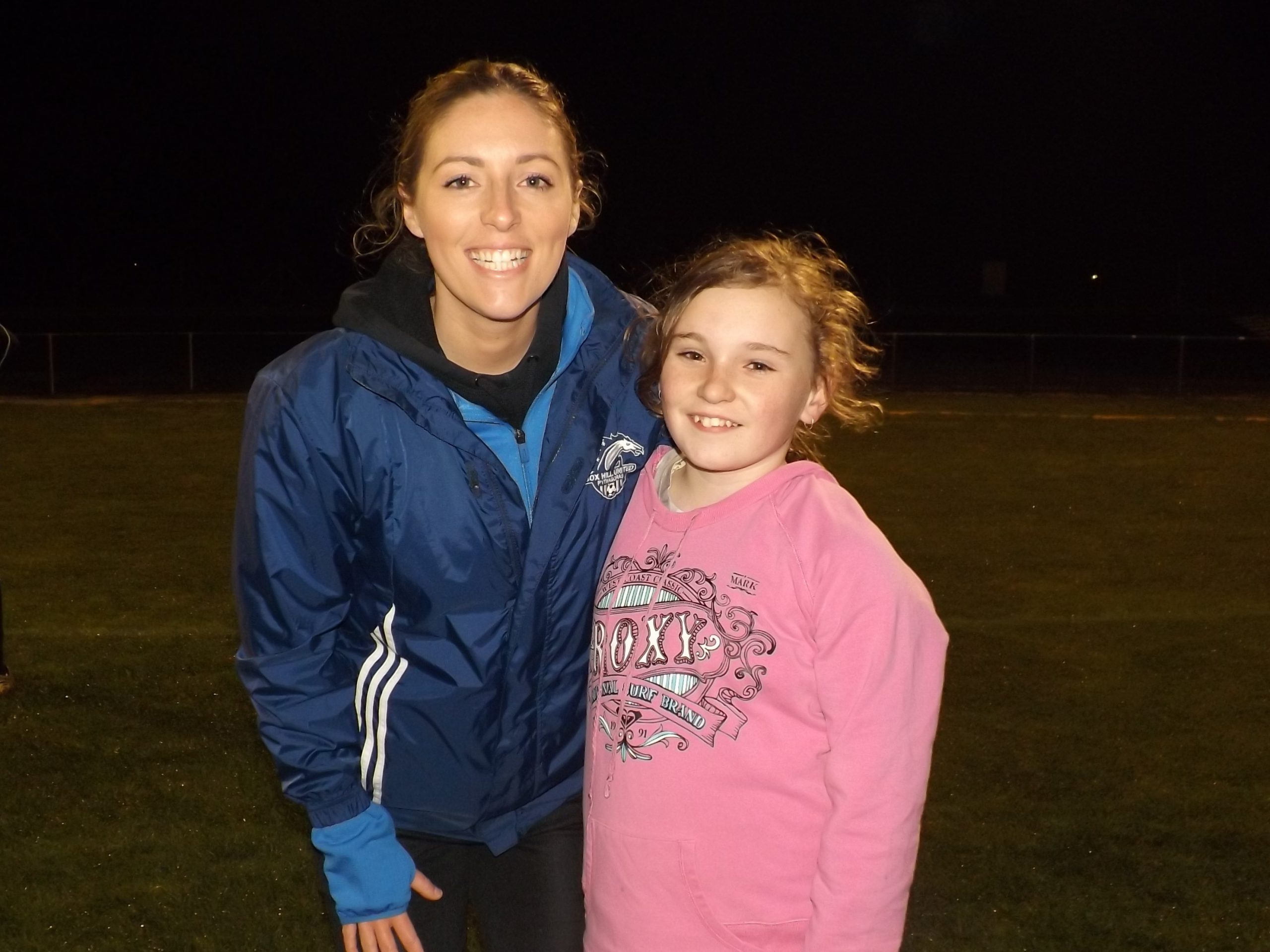 Female football players from across Gippsland took over the pitch at Morwell Pegasus Soccer Club last month to train with National Premier League women’s players, Madelaine Richardson, Jaimee Williams and Anouk Meereboer to gain an insight into what it takes to play top flight football in Victoria.

An initiative of Pegasus women’s coach Jason Reddiex in conjunction with Gippsport and the Girls Game, the night was deemed a huge success by organisers with 65 girls taking part in drills and games.

Players came from as far as Bairnsdale and Trafalgar and learnt a lot from the former Gippsland players.

With the Matildas winning the Tournament of Nations Cup recently over powerhouses USA and Brazil, there has been a surge in female football participation across Australia.

Madelaine Richardson was recruited by Box Hill United after completing her six-year scholarship with the National Training Centre/VIS.

Richardson has been at Box Hill for seven seasons, is part of the leadership group and has won the League Championship, The Team App Cup and the League Grand Final.

She has come a long way since her early days playing in Sale as a four-year-old and went on to play junior football with the boys’ team and captained Gippsland representative teams to country and state championship titles.

Identified at age 10 as a state team player, Richardson then represented Victoria at 10 FFA National Championships at both outdoor football and Futsal.

Her hard work did not go unnoticed and she was invited to play in tournaments in England, Brunei, Scotland and Singapore.

Jaimee Williams has also been a standout player for the region since starting her football career in the boys’ team at Fortuna 60 at the age of eight.

Progressing through the ranks as a Gippsland representative player, she was identified by selectors to join the National Training Centre.

Williams completed six years at the NTC in both the junior and senior programs.

She represented Victoria at six national championships where she was twice selected in the Australian All-star Team for the tournament.

Williams plays for Alamein Football Club in the Victorian NPL after transferring from Box Hill.

Anouk Meereboer began playing football at the age of eight and at 16 was recruited by the Oranje Nassau Groningen women’s team in the Netherlands’ second division.

Before moving to Australia, Meereboer gained a years’ experience playing in South America.

She then chose Sale as her home and travelled to Box Hill to play in the NPL.

After two years she transferred to Casey Comets and then Southern United.

Meereboer also coaches the Southern United under-18 girls in the NPL junior competition.

For the past two seasons she has coached the Skills Acquisition Program (SAP) for boys and girls in the Gippsland region.