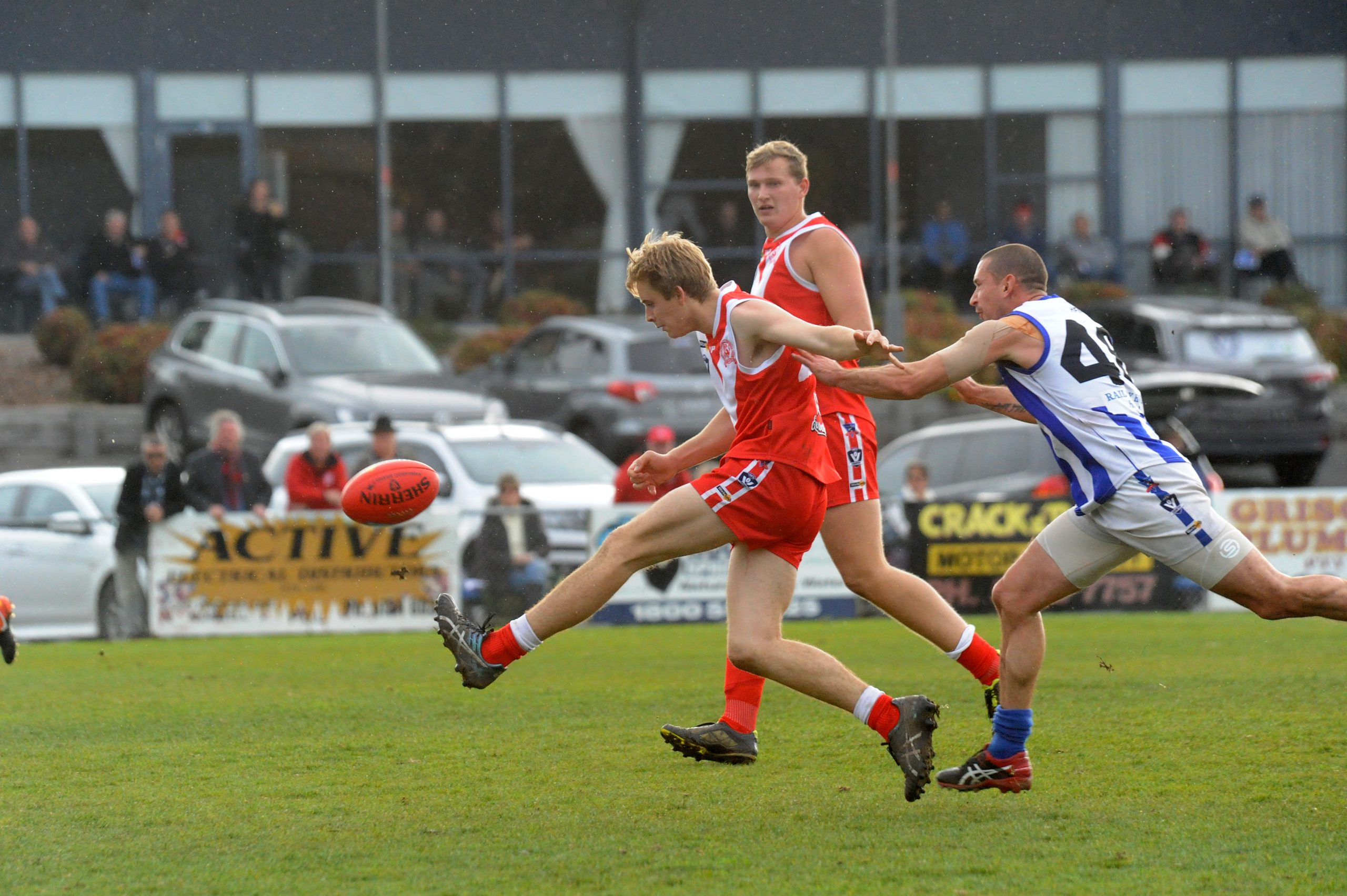 A grand final rematch is on the cards this weekend as Heyfield and Sale City do battle to secure a spot in the grand final next weekend against Yarram.

It comes as Churchill was knocked out of the contest on Sunday following a seven-goal slaughtering by the Bulldogs in the semi-final.

Yarram has a week of respite following a 54-point win over the Roos on Saturday in what Demons’ coach Chris Pettitt described as an “intense” game.

“A lot of [our] blokes haven’t played in a grand final but [most] have been part of our successful era,” Pettitt told The Express.

“We have a lot between the ages of 23 and 27 who haven’t played a lot of finals or grand finals so they’re really excited.

“We will try not to focus on our opposition because we’ve had our game plan set for a while and stuff like keeping pressure, attack and focusing on the close stuff won’t change next weekend.”

But while Sale City head into Saturday’s preliminary final following a morale-boosting win, Roos’ coach Josh Stubbe said his team would be ready to “give it their best shot”.

He said he was disappointed with his side’s poor performance on the weekend against Yarram, identifying several key areas for improvement.

“Our contested football on the weekend was nowhere near where it needed to be,” Stubbe admitted.

“Credit to Yarram, they pressured us into making errors and that’s something we need to fix this week.

“It’s going to be an interesting contest this weekend, there’s a lot of rain forecast which will change our preparation.”

Stubbe said his side would focus on midfield pressure in an attempt to win the game.

“We’re looking to get back into our midfield area, that’s where we win our games so if we can get onto there with the contested football, tackles and pressure, that will put us in good stead to win,” Stubbe said.