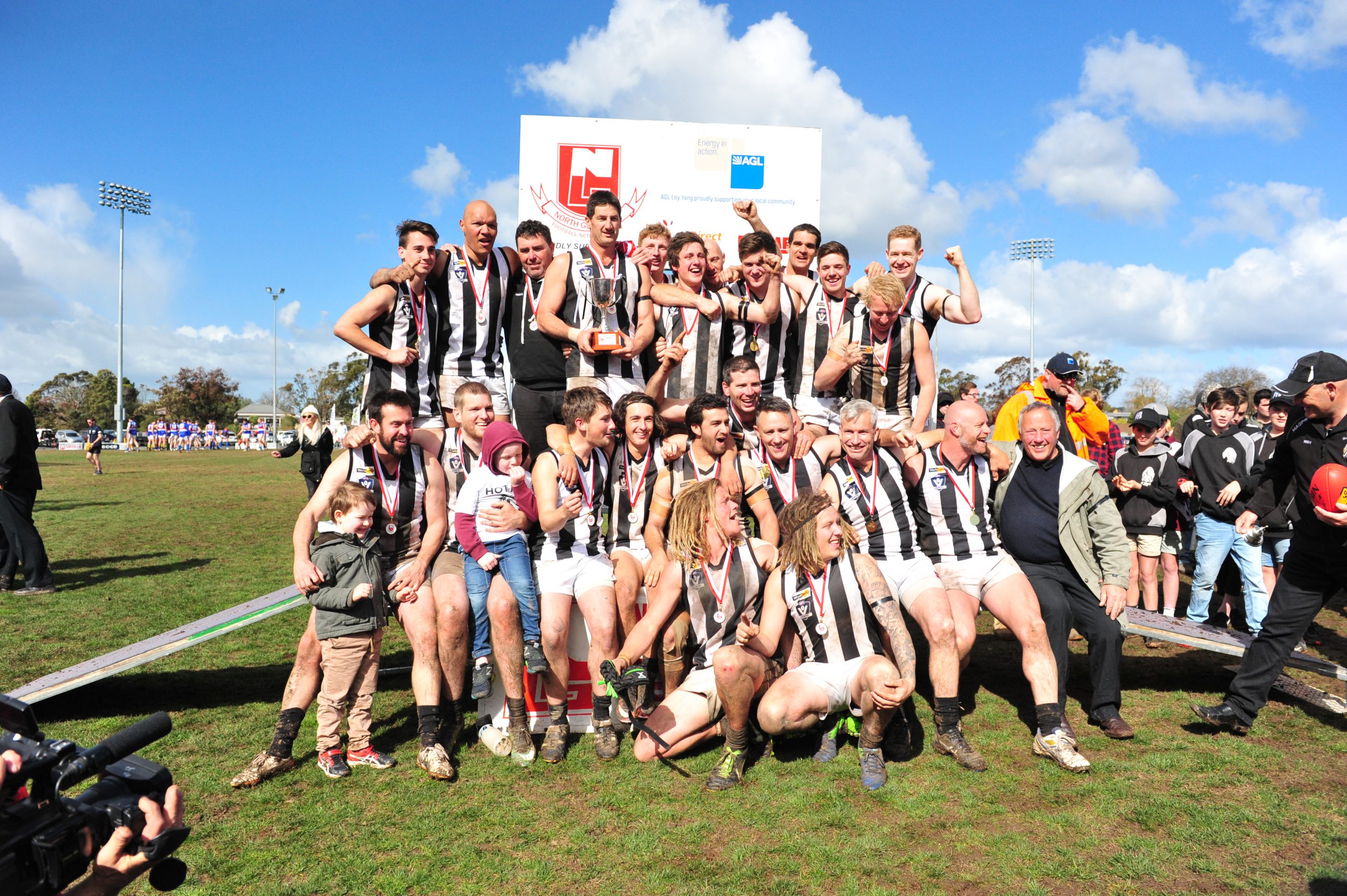 Glengarry has completed its fairy tale end to the season after turning its fourth place home-and-away season finish into a dominant premiership win on Saturday.

Leading at every change, the Magpies created more scoring opportunities to defeat Traralgon Tyers United 10.10 (70) to 4.3 (27).

The two teams went into the match with honours even, after Glengarry took a 19-point win in round six, while the Bombers ran out 32-point winners in round 15.

TTU may have kicked the first goal, but Glengarry responded through the efforts of Heath Fox and Mitchell Marino to take a 2.4 (16) to 1.0 (6) lead into quarter-time.

Luke Blackwood bagged one for the Bombers in the second quarter, but the Magpies kicked three of their own to take a 5.4 (34) to 2.2 (14) lead into the main break.

Glengarry proved the old clich that the third term is the premiership quarter, keeping their opponent scoreless while piling on the pain.

Fox bagged a pair, while Marino and Shane Kosterman kicked their majors of the day to have the match – and the flag – all but in the bag.

The Bombers doubled their goal tally in the final term, while the Magpies added just one of their own to secure a convincing 43-point victory.

Aaron Winkler was named best on ground for Glengarry, while Fox led the goal kickers with three majors.

During the finals series, the Magpies vanquished Cowwarr, Sale City and Heyfield in order to qualify for the grand final.