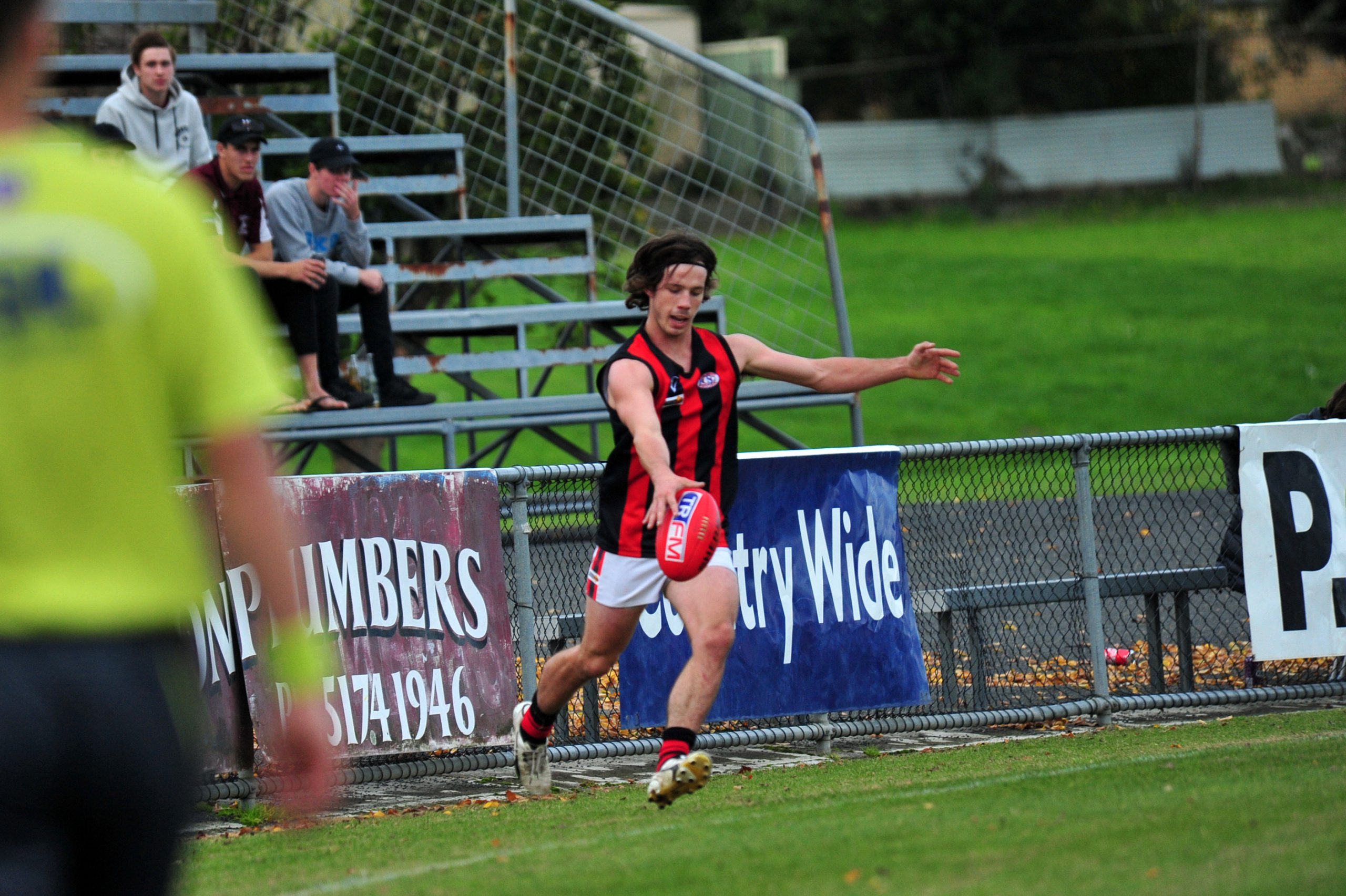 The defending premier will now face Leongatha in a 2016 grand final rematch this weekend.

The Eagles tipped-off with a point to prove, scoring through Kade Renooy after just eight seconds of play.

Dylan Loprese responded for Traralgon two minutes later and was joined by teammate Tim Northe who scored to take the Maroons to an early 13-6 lead.

Daniel Bedggood goaled twice late in the first term to put the Eagles 14 points in front at the first break.

Renooy struck early in the second to notch his third goal of the day and record Maffra’s only goal for the quarter.

It was all Traralgon toward the back end of the first half, with three goals scored in quick succession to etch back the lead to three points at the main break.

The Maroons had several chances to put the game beyond Maffra’s reach in the third quarter but were wasteful on goal, managing just two majors from 11 scoring shots for a five-point lead.

Maffra emerged a determined force in the last quarter, stacking on six goals to Traralgon’s one to run-over the Maroons by 25 points.

Kade Renooy proved the difference up forward with five majors in the win while Daniel Bedggood bagged three and Mitchell Bennett two.