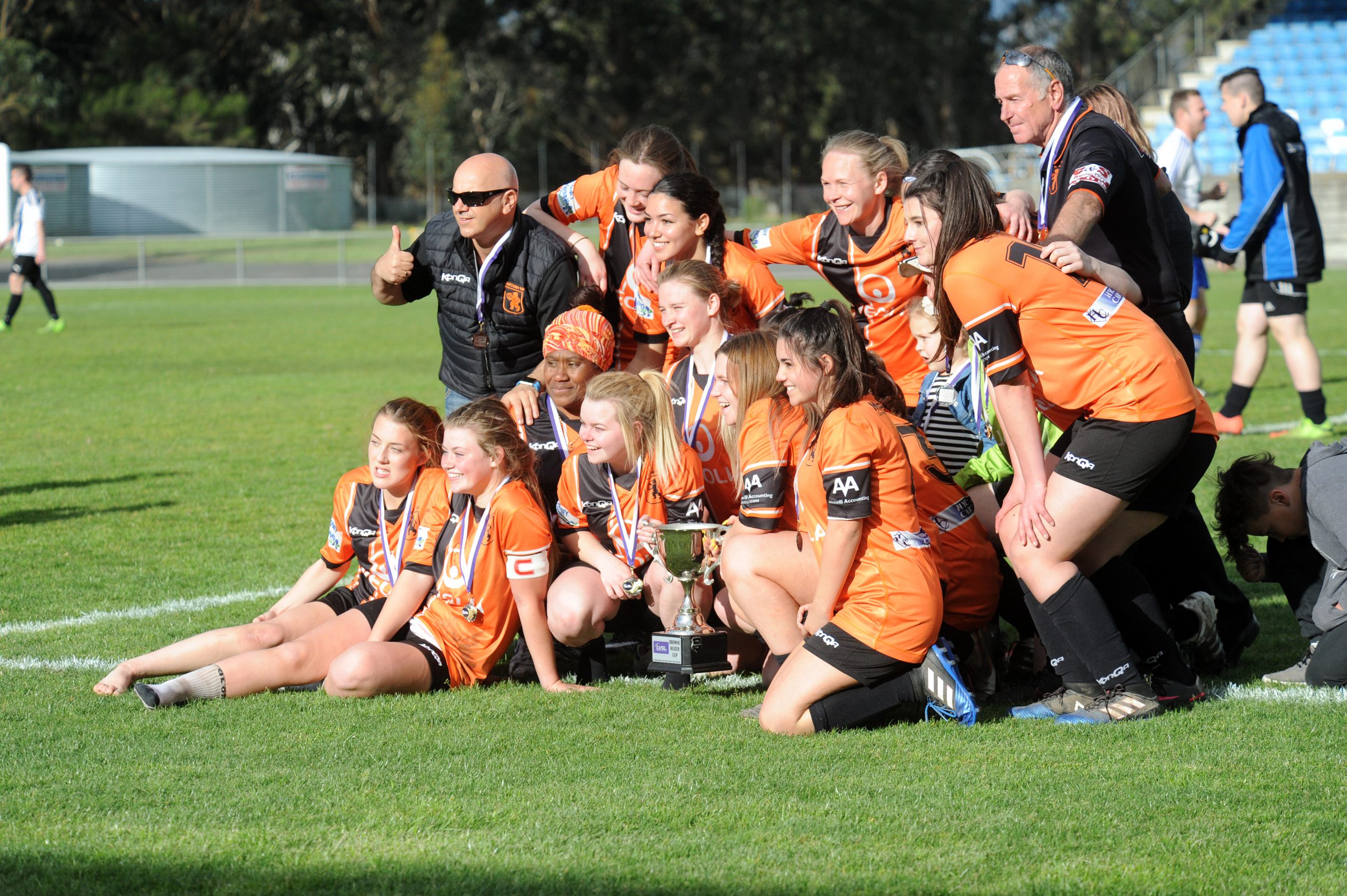 Traralgon City took out the 2017 Battle of Britain Cup on Friday night.

It turned into the DJ Matar show as the super-boot mesmerised the Newborough/Yallourn defence with a hat-trick.

Traralgon City led 1-0 at halftime with a Corey O’Shea goal scored at 14 minutes.

It was end-to-end work before O’Shea was able to beat the off-side trap and put one past Damian Gilbert.

The Roosters looked to have the edge with Liam Johnson and Liam Antonelli working hard.

The Combine came close when Marc McHallam crossed to Ash Birrell but the striker’s kick was saved by Chris Hall on the line.

City was able to get a run on the rebound and Ralphie Austin crossed to Matar who put it away for his first to give the Roosters a 2-0 lead.

Traralgon City came from defence after a long ball by Max Lietzau but the ball was cleared on the goal-line by Gilbert.

Newborough/Yallourn’s first came through Birrell, who hammered it past the Traralgon custodian to make it 2-1 after 36 minutes.

After half-time, Newborough/Yallourn almost scored but the header by Mark Fairbrother went wide.

The Combine upped the tempo of the game but it was Traralgon City’s DJ Matar who stole the limelight with brilliant skills.

Matar’s first goal came after he belted it from 20 metres out.

The Roosters were 3-1 up and starting to crow and the cracks started to develop in the Newborough/Yallourn defence.

Josh Patterson, Liam Johnson and Liam Antonelli were all working hard for the City Roosters but it was the lithe DJ Matar who stole the show with another classic shot past the keeper for a hat-trick.

The Roosters were 4-1 up and never looked like losing, winning their first Battle of Britain Cup since 2004.

Matar, Hall and Liam Johnson were best on ground for City, while Liam McCluskey, Birrell and Fairbrother put in solid performances for Newborough/Yallourn.

Fortuna 60 finished its season in style with a 2-1 win over Trafalgar to claim the Browne/Huizer Cup last week.

Fortuna coach Greg Shankland applauded Trafalgar for its cup showing and its improvement throughout the season.

“What a sensational year Trafalgar has had.We beat them 9-1 earlier in the year and they really turned it around and it shows how even the competition is at the moment,” Shankland said.

He also congratulated his side and said the Browne/Huizer Cup win was “well-deserved”.

“What a fantastic year we’ve had, we deserve to be where we are and I couldn’t have asked for a better performance,” he said.

Trafalgar challenged Fortuna all day and defended incredibly well to stem the flow of Fortuna goals to two.

Trafalgar coach Tony Wyatt was full of praise for his Victory chargers in the wake of the narrow loss.

“We came from ninth to third to play in the cup final so we’ve done the shirt proud today,” Wyatt said.

“Fortuna played the house down today and I’m glad we took it up to [them], congratulations and [they have] been the best team all year so [they] deserve it.”

Olympians hit the lead at six minutes with Daniel Cooper scoring a cracker, but Traralgon City fought back for the equaliser eight minutes later when John Patterson beat the keeper.

The scores remained unchanged throughout the second half and at full-time it was a 1-1.

Extra time was played and Olympians got the break at 99 minutes after Ridvan Sobari netted the ball to give Olympians a 2-1 win and the 2017 Shopwell Trophy.

Fortuna captured its second trophy of the night with a 2-0 win over Traralgon City for the Nan Bosma Cup.

Scores were level with five minutes to play when Fortuna scored.