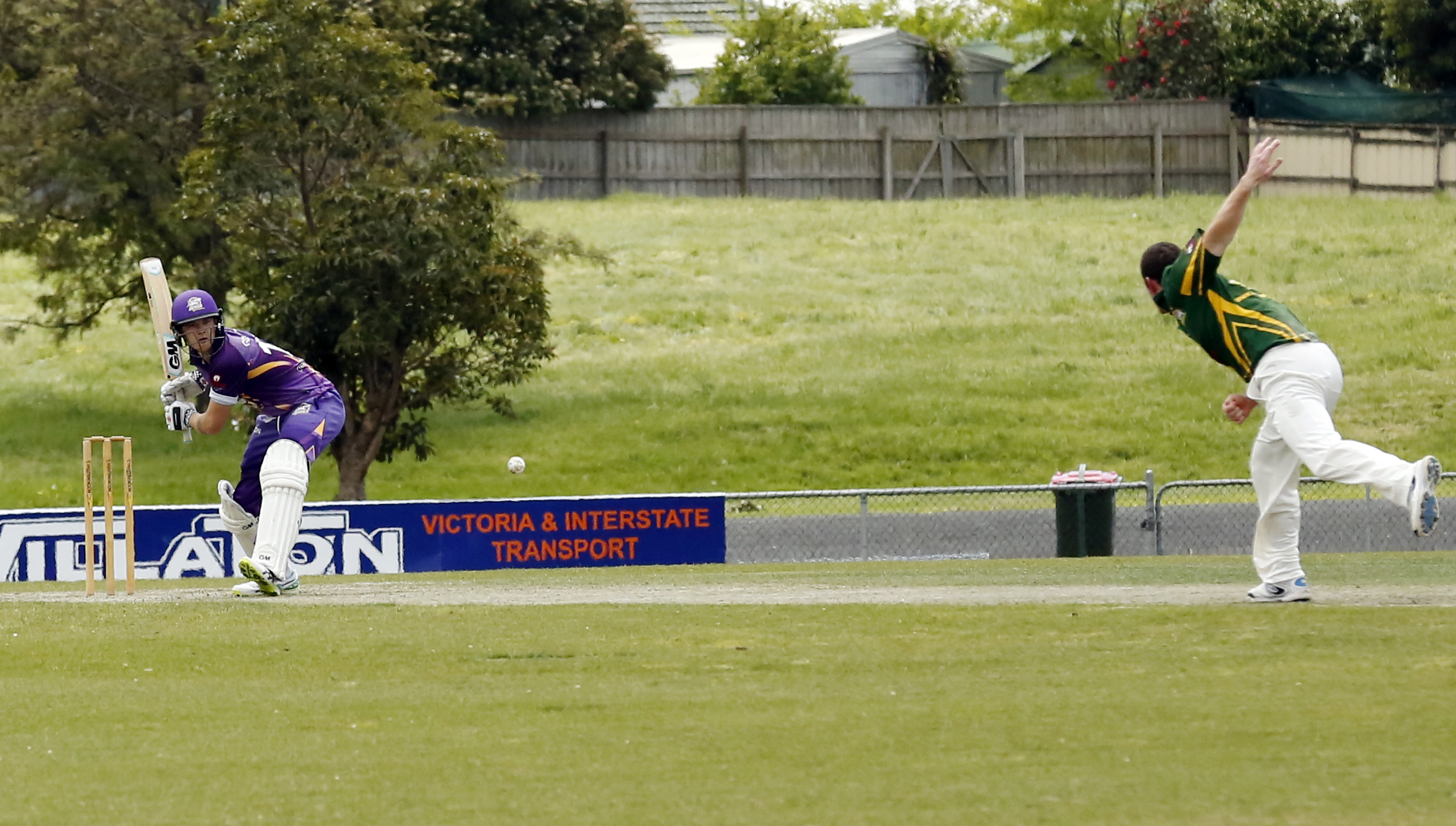 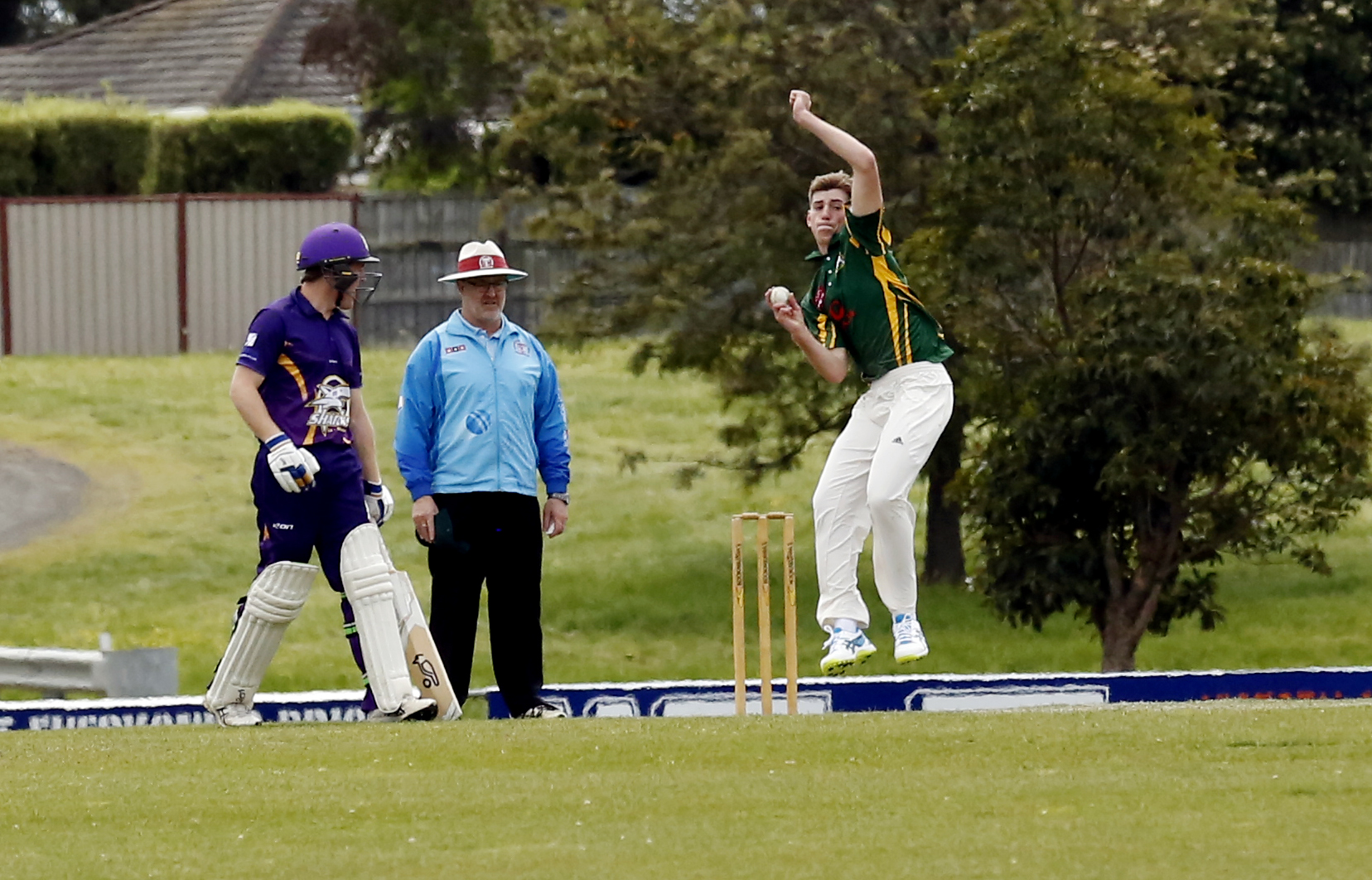 Round two of Traralgon and District cricket action kicked off at the weekend with MTY Raiders and Centrals opening proceedings at Yinnar Reserve.

Centrals won the toss and elected to bat first but looked in strife after losing openers Heath Canny and Sam Gray for just two and one, respectively.

Matt Van Loon claimed the wickets of both Canny and Gray and added international recruit Josh Stacey to his haul for just two runs soon thereafter.

Lachlan Patterson was the pick of the batters for Centrals and managed 26 not out of his side’s eventual total of 110.

The loss of opener Jason MacFarlane for a duck didn’t dent Raiders’ run chase as it steamed away to reach the target after just 18.3 overs.

Michael Higgins backed up his solid performance with the ball and top-scored with 34 while Brad Knowles and Chris Stanlake followed with 29 not out and 28, respectively.

Ethan Foley was the only multiple wicket-taker for Centrals with 2/31.

Marc Fenech was the most economical with 1/5 from six overs including three maidens.

Raiders will travel to take on Imperials in round three while Centrals will enjoy the bye.

Gormandale was indomitable in its round two defeat of Traralgon West at the weekend.

A stellar 126-run partnership between Travis Switzer and Jimmy Jacobsen set Gormandale alight and put the result beyond doubt.

Switzer top-scored for Gormandale with 88 while Jacobsen scored his first A grade half-century with 59.

Adrian Burgiel fell just short of a half-century, managing 48 of the visitors’ 258.

Ben Edebohls was the shining light for West with 7/41 from 10 overs including the wickets of Jacobsen and Burgiel.

The hosts never threatened in the run chase and were all out for 104 in the 27th over.

James Griffiths and Tim Fitch put up a fight with 20 and 23, respectively.

Luke Henderson took 3/16 including three maidens for Gormandale while Brandon McDonald and Mathew Dowsett each finished with two.

Gormandale will host Toongabbie this weekend in round three action and Traralgon West will look to bounce back against Churchill.

Imperials bounced back from a round one loss with a win over CATS at the weekend.

Opener Ryan Morley continued his form with the bat, falling just short of a half century with 49.

Brett Chapman top-scored for Imperials with 79 including seven boundaries.

The visitors batted out the 50 overs with a total of 189.

Imperials face MTY Raiders this weekend while CATS will travel to take on Rovers.

Ex Students continued its pursuit of back-to-back premierships at the weekend with a round two win over Toongabbie at Traralgon Recreation Reserve.

The Sharks batted first and set their opposition a target of 229.

The key wicket of Lee Stockdale went for eight and when Morgan Murray-Williams fell for a duck Ex Students appeared in trouble at 4/50.

Jackson McMahon steadied the ship and top-scored with 65 while Rick Battista and Michael Stockdale made valuable contributions of 40 and 39, respectively.

Ben Aitchison was the pick of the bowlers for Toongabbie, taking 5/33 including the wickets of McMahon, Battista and Michael Stockdale.

The Rams started their innings promisingly, with and Jon Bell notching 31 before holing out to mid-off.

Rob Wheildon top-scored for Toongabbie with 54 of his side’s 199 while tail-enders Tim Dunn and Aaron Lynch showed well with 21 and 24 not out, respectively.

Ex Students will travel to take on last season’s runner-up Glengarry while Toongabbie will face Gormandale at Stoddart Oval.

Last year’s runner-up continued its winning form in 2017/18 with a round two win over Rovers on Saturday.

Rovers won the toss and batted first, setting Glengarry a respectable target of 147.

Kevin Stoddart starred with the bat and managed six while Todd Mann and Jake Main were handy with 28 and 23, respectively.

Max Merton was the leading wicket-taker for Glengarry with 3/45.

Kent Hammond batted superbly for Glengarry in the run chase, backing up his round one knock of 58 with a century to help his side to 167 and the win.

Glengarry face Ex Students this weekend in round three action while Rovers will host CATS.