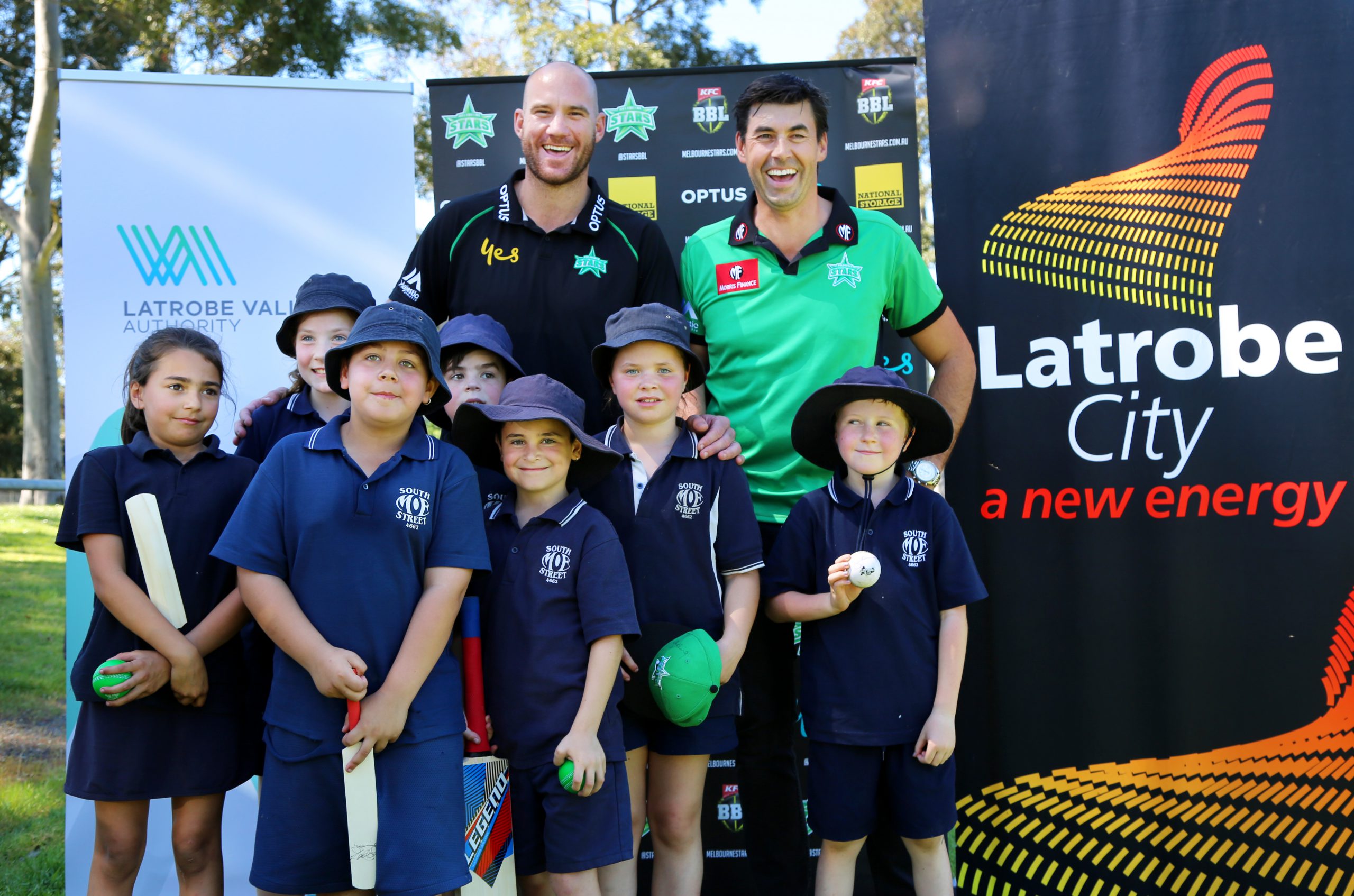 The Latrobe Valley is set to host a Big Bash League preseason match between the Melbourne Stars and the Hobart Hurricanes in December.

The Valley Smash will be held under lights at Traralgon Recreation Reserve on Friday, 15 December from 6.30pm and will bring the excitement and frenetic paces of the Big Bash to the region.

The clash will feature some of the world’s premier T20 cricketers and Melbourne Stars such as James Faulkner and Ben Dunk.

Melbourne Stars captain John Hastings was on hand at the announcement alongside coach Stephen Fleming and said The Valley Smash was a fantastic opportunity to bring first class cricket to region.

“We get terrific support from our fans throughout Victoria,” Hastings said.

“But importantly, this clash will also give our guys the chance to gel in a competitive environment and help set us up from a playing point of view for the opening rounds of the competition.

“The Valley Smash will be crucial in terms of getting all the players together and firing and will mean we can hit the Big Bash at full pace.”

Hastings, who grew up in a regional town in New South Wales, said he appreciated the impact elite-level sport has on regional areas such as the Latrobe Valley.

“Being from a regional area, I remember when I was about 10 years old and the Penrith Panthers came to my area in the Hawkesbury River and that made me want to play for them, so I know how important it is for regions and towns to get this access to some of the superstars of cricket.”

“This event is one of several events the Victorian government is supporting to come to the Latrobe Valley,” Cain said.

“Not only will it boost our economy by bringing visitors to the region but it will give cricket a real lift in Gippsland and help to inspire the next generation of players and fans to get involved in sport, both on and off the field.”

“There’s huge support for the Big Bash throughout the entire Latrobe Valley and our guys can’t wait to take on the Hurricanes in our last hit out before the tournament begins and help promote cricket throughout the whole region,” he said.

“Beyond this inaugural match we’re looking forward to working with the Latrobe Valley Authority, Latrobe City Council, Cricket Victoria and the local community to support regional cricket clubs and a range of community and junior participation programs.”

Latrobe City mayor Kellie O’Callaghan said at the announcement the event promised to be an exciting and entertaining show for the region.

“[The Valley Smash] will feature some of T20’s premier athletes who I know will be keen to put on a good show, get around the fans and help generate some positive momentum ahead of the BBL season,” Cr O’Callaghan said.

“Cricket is a great way to bring communities together and we’re proud to be partners in this wonderful initiative.”

In addition to the preseason match, the Stars will also deliver a range of community engagement activities with schools and local cricket clubs in the region to build capacity, promote the benefits of physical activity, health and wellbeing, and encourage the next generation of cricketers and fans.

Tickets for the BBL preseason game between the Melbourne Stars and the Hobart Hurricanes are available through Ticketek.