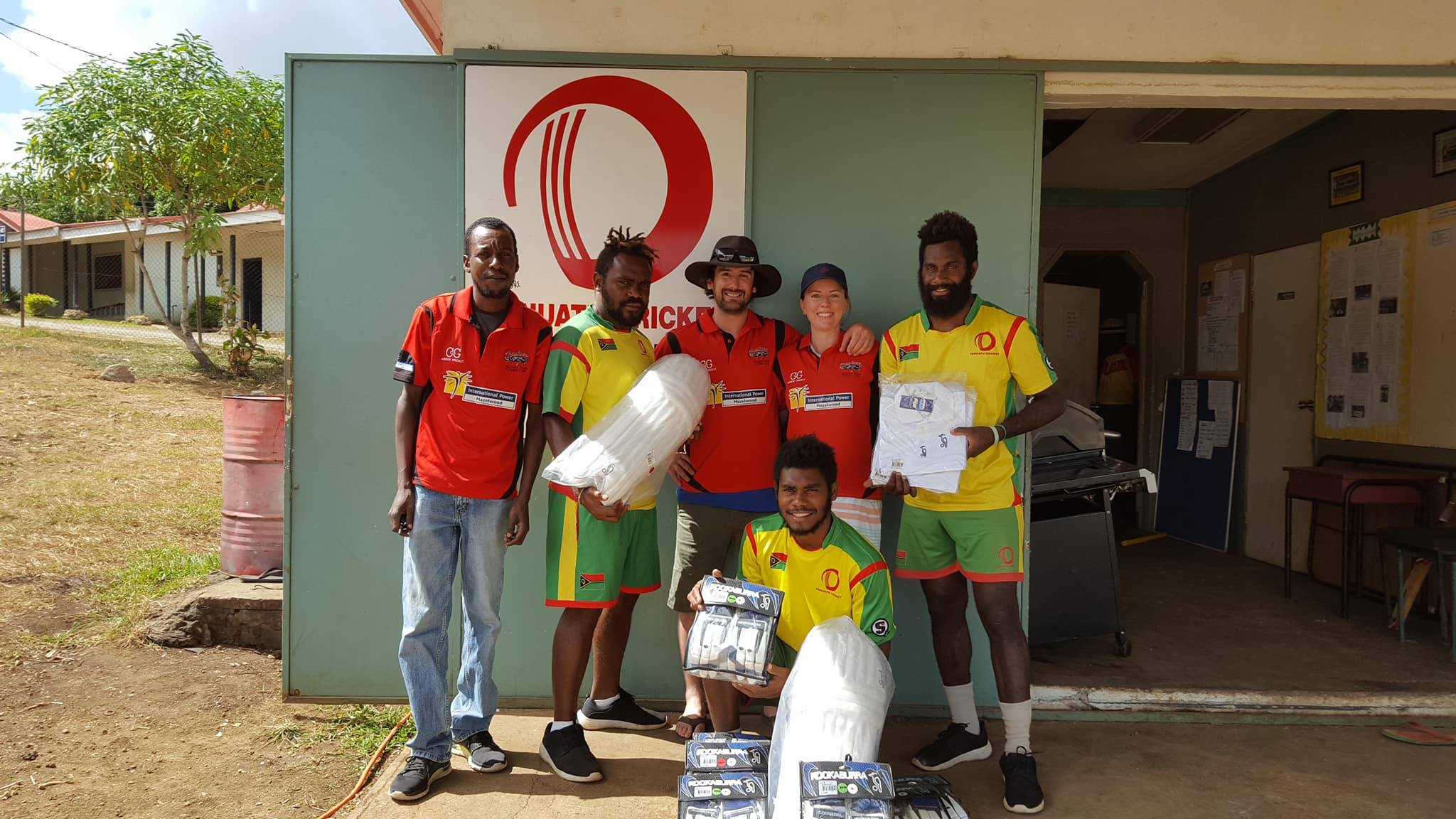 Two clubs from the Central Gippsland Cricket Association spent time in Vanuatu recently in a bid to give cricket in the country a boost.

With about 1000 students and a student/teacher ratio of 60-to-one, the Vila East School has boomed in numbers since the evacuation of nearby Ambae Island forced students to relocate to the area.

After launching an appeal on social media for equipment to be donated in early October, CGCA secretary Sarah Prime and partner Will Lawrey decided to make the donation drop to coincide with their holiday to Vanuatu.

“Since the cyclone I’ve known of a lot of issues to do with the funding and support [of cricket in Vanuatu] and we were looking to go on a holiday there so we went with the view of making this an ongoing thing and continue to take the gear over,” Prime said.

Vanuatu’s national team has been steadily climbing the rankings recently and now sits inside the World Cricket top 30 rankings and is well on its way to division four status. A range of bats, gloves and balls we handed over on behalf of Mirboo North and Yallourn North cricket clubs and the gear was graciously received by the Vila East sports teacher.

“They were so grateful. They don’t have a capacity to purchase this sort of gear and the school would be the equivalent of a country school in terms of size, so that sort of equipment is not on their radar in terms of affordability so they loved it,” Prime said.

“They were just grateful that we’d thought of them more than anything because they didn’t really expect it.

“I think sport is a great leveller for community in terms of being involved and that sort of thing.

“It doesn’t matter what your background is, we take a lot for granted in terms of access and affordability and they don’t have that so … that’s someone’s life changing.

“Now that we have a relationship with both Vanuatu Cricket and Vila East School we hope to arrange future equipment drop-offs.”

If you have any secondhand gear to donate, phone Sarah Prime on 0429 190 816 or email secretary_cgca@outlook.com