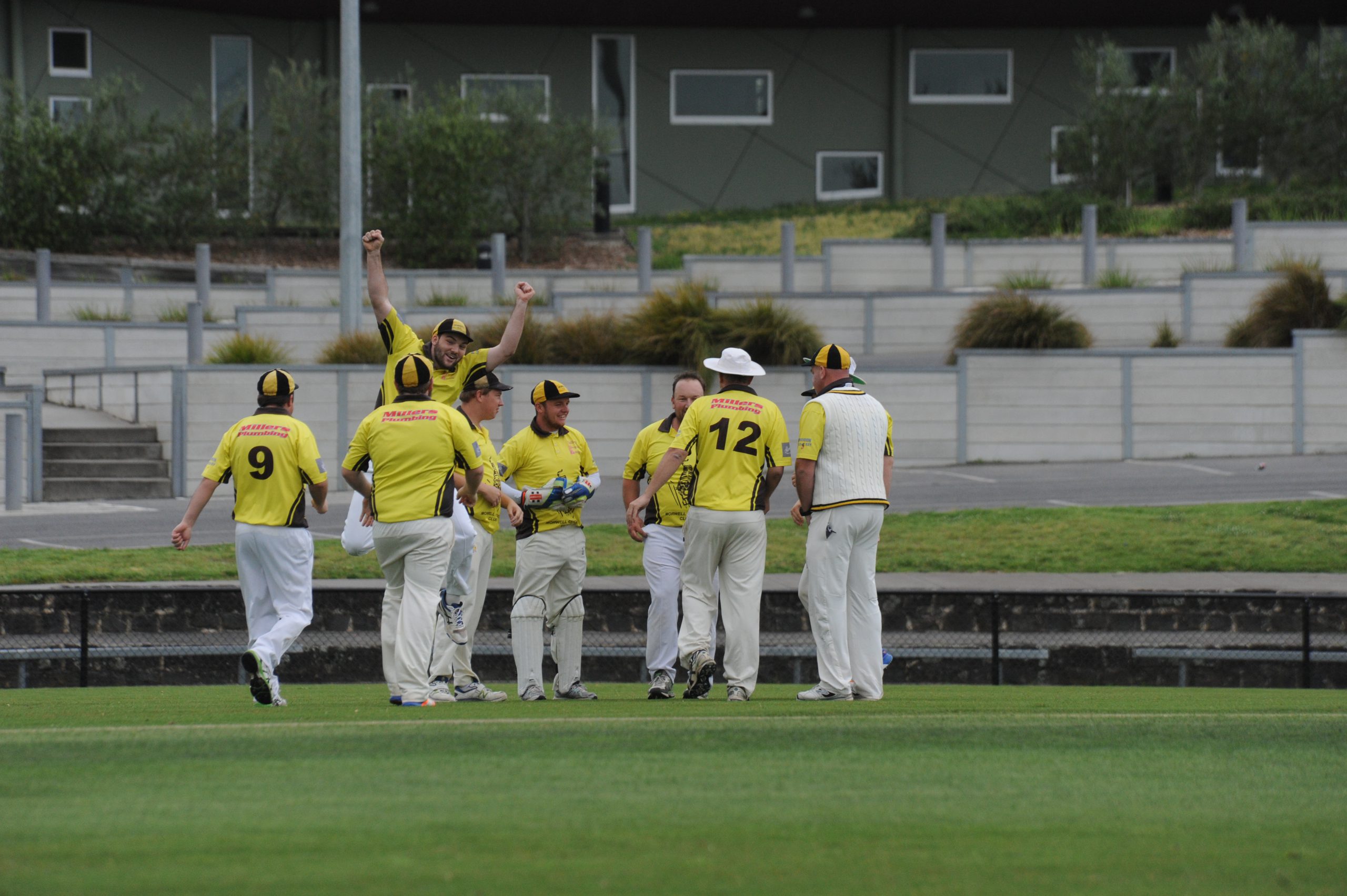 Latrobe’s lower order will need to hold its nerve in the face of Mirboo North’s bowling firepower if it is get the 71 runs it needs to claim first innings points when play resumes on Saturday.

The Sharks bowlers were lethal on day one of the Central Gippsland Cricket Association first grade match, removing the Tigers’ top five for a combined total of 29.

However, Will Cheatley (54) and Brendan Van Heurck (47) combined to help lift the home team’s tally to 157 at Mirboo North Recreation Reserve.

It has been a difficult season for the reigning premiers, with the Sharks losing ace all-rounder Chris Johnson and superstar import Rob McKinley yet to appear this season.

The former powerhouse sits bottom of the ladder, with just a solitary win – coming against Jeeralang-Boolarra in round two – to its name.

The return of club legend Anthony Bloomfield to the first grade side provided needed backbone to the batting line-up, with the returning champ providing 33 useful runs at number three.

The Sharks finished day one at 5/87 with keeper Adam Duncan and Trent Roberts both at the crease on two not out.

With plenty of firepower in the Tigers’ attack, the pair will need to make a solid start in order to put the pressure back on the home side.

A victory here – even a narrow one – against a much-fancied foe will give the young Sharks a confidence boost as the Christmas break draws near.

Trafalgar will need to blast out Moe captain Andrew Philip early if it is to claim a narrow first-innings win on day two.

The prolific run-scorer finished day one on 45 not out with his team 5/98 in pursuit of the Ships’ first innings total of 125.

Jeremy Butler will join his captain at the crease on day two and with a skilled lower-order to come, the Lions will fancy their chances at Ted Summerton Reserve.

Despite Moe closing in on the total, Trafalgar will be hoping for a couple of early wickets to create their opportunities.

The Lions lost quick wickets on day one which followed a similar performance the previous round when they were blasted out by Jeeralang-Boolarra for 56 on an inhospitable pitch.

Dave Bremner was the danger man for Trafalgar on day one, finishing with three wickets while captain Anthony Clarke-Bruce removed Nathan Lee for 16.

Jeeralang-Boolarra has its work cut out for it when it tries to chase down Morwell’s imposing first-innings total of 267 on Saturday.

The Tigers sit top of the table this season having efficiently torn apart all-comers with bat and ball.

A big part of Morwell’s success has come from the dominant opening pairing of Robert Webber and Mark Cukier, who are the league’s second and sixth-highest run scorers respectively this season.

With plenty of middle-order firepower to follow – and the bowlers to back it up – the Tigers are yet to lose a game this season.

The Panthers finished day one on 1/17 after Lewis Harper struck to remove Nicholas Duncan for one.

Jeeralang-Boolarra will come under sustained pressure as they attempt to chase down Morwell’s total and will need to bat out the day.