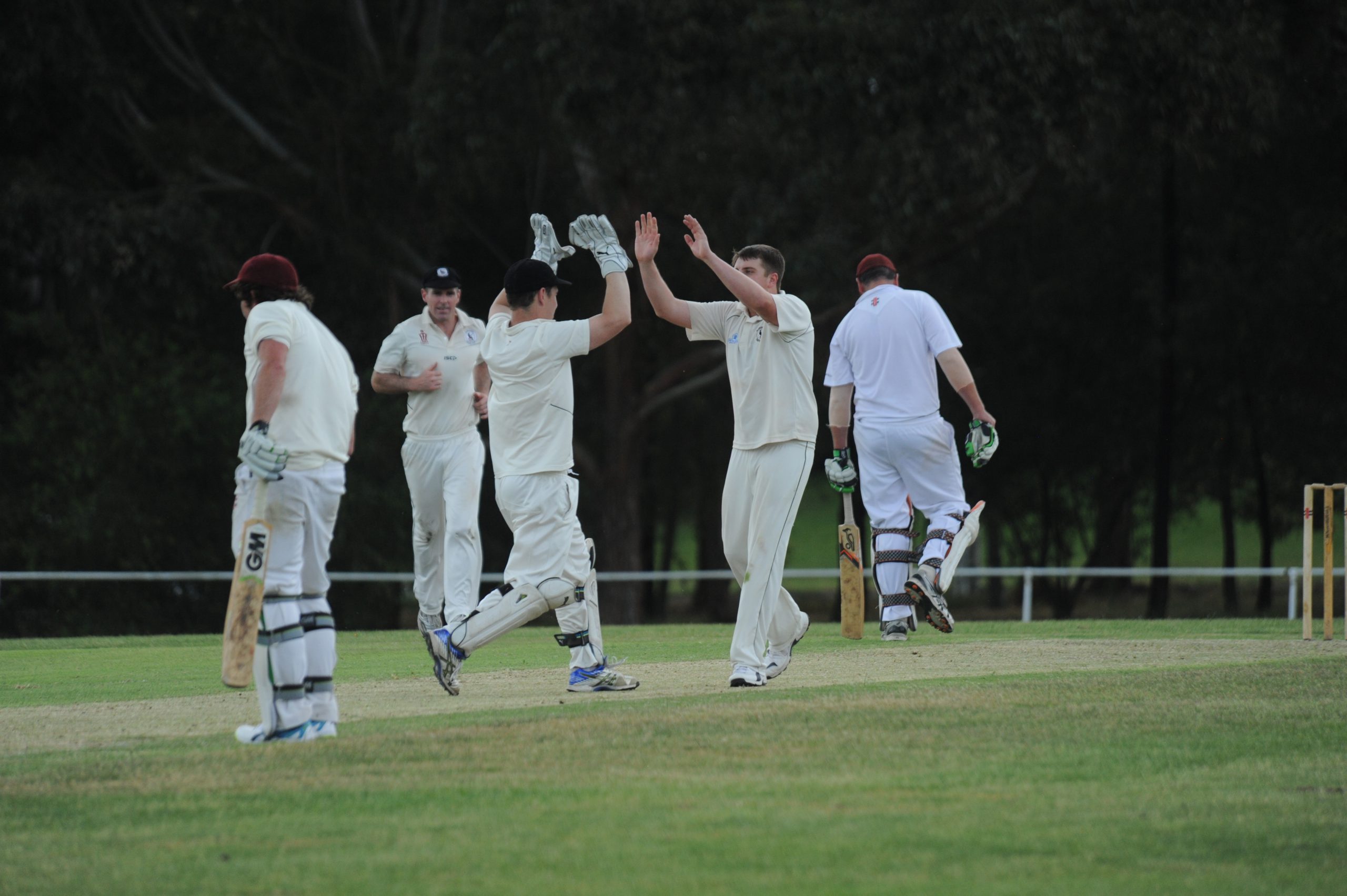 Ex Students looked a shadow of its former self at the weekend against MTY Raiders on day one of round five.

The innings never got moving and things looked dire when Jimmy Pryde was taken for a duck, Morgan Murray-Williams for one and Lee Stockdale for two.

The defending premier was in strife at 3/6 before a middle order scrap fight saw it reach a total of 165.

Ric Battista shone for the Sharks and top-scored with 73 and Michael Stockdale was next best with 24.

Ross Whelpdale and Lee Jensen did the most damage with ball for Raiders and took three wickets each while Tom Woodley was valuable with 2/2 from three overs.

Raiders look to be in the box seat heading in to day two with openers Jason MacFarlane and Michael Higgins at the crease on 18 and 13 respectively.

With all wickets in hand Raiders will need to bat out the day if they are a chance to clinch the win.

Play resumes on Saturday from noon at Traralgon Recreation Reserve.

Gormandale appeared to be in trouble early on day one against CATS at John Black Oval and found itself reeling at 8/66.

Bohdi Walker and Jefferson Daniel stood up to get the Tigers’ innings back on track with a resilient partnership of 77.

Walker continued on to top-score with 76 and Daniel chipped in with 29 to edge Gormandale’s total to 148.

Import Tinash Pangyangara continued his amazing run in his first season in the CGCA and took his third four-wicket haul for the season with 4/49 including the wickets of Shaun Barbour and Adrian Burgiel.

CATS batted for five overs in response before play was washed out.

Gormandale bounced back with a vengeance with batsman Rory Hare was dismissed for a duck and Tim Derham for one to leave CATS on 2/1 at stumps.

Jamie Cochrane and Ben Julin are still at the crease for CATS and will need to sustain a partnership to give their side a chance.

Day two tips off on Saturday from noon at John Black Oval.

Churchill struggled early against Glengarry and was reeling on day one at 7/49 at George Cain Oval.

Kurt Holt was the saviour for the Cobras and managed to save the innings with a top-score of 40 while John Keighran chipped in with 30.

Ryan Harvey also made a valuable contribution and added a vital 27 to the Cobras’ final total of 132.

Churchill fought back and defended hard to see Glengarry teetering at 6/87.

Brad Sizeland and Ben Marks are still in for Glengarry and will open proceedings when play resumes this weekend.

Centrals won the toss and went in to bat on day one against Rovers at Duncan Cameron Reserve but soon capitulated to be all out for 102.

The top order was listless and the first four wickets fell for just 11 runs.

Shaun Vallance was dismissed for a duck and Lachlan Patterson suffered the same fate soon after while Corey Pollard managed just four.

Jack Lynch was in stellar form for the Rovers with ball in hand, dismantling the Centrals top order with 4/20 including five maidens and the wickets of openers Pollard and Patterson.

Rovers are in an enviable position heading in to day two at 1/45 with Scott Woodhead and Ewan Williams still at the crease.

Play resumes on Saturday from noon at Duncan Cameron Reserve.

Toongabbie finished day one against Traralgon West with the win already in the bag after the home side was haunted by its ongoing batting woes.

Reece Falla and Tim Fitch made 22 and 33, respectively and were the best for West in an otherwise forgettable innings that saw all others fall for single figures.

Toongabbie have already taken the points and are at 4/142 at stumps.