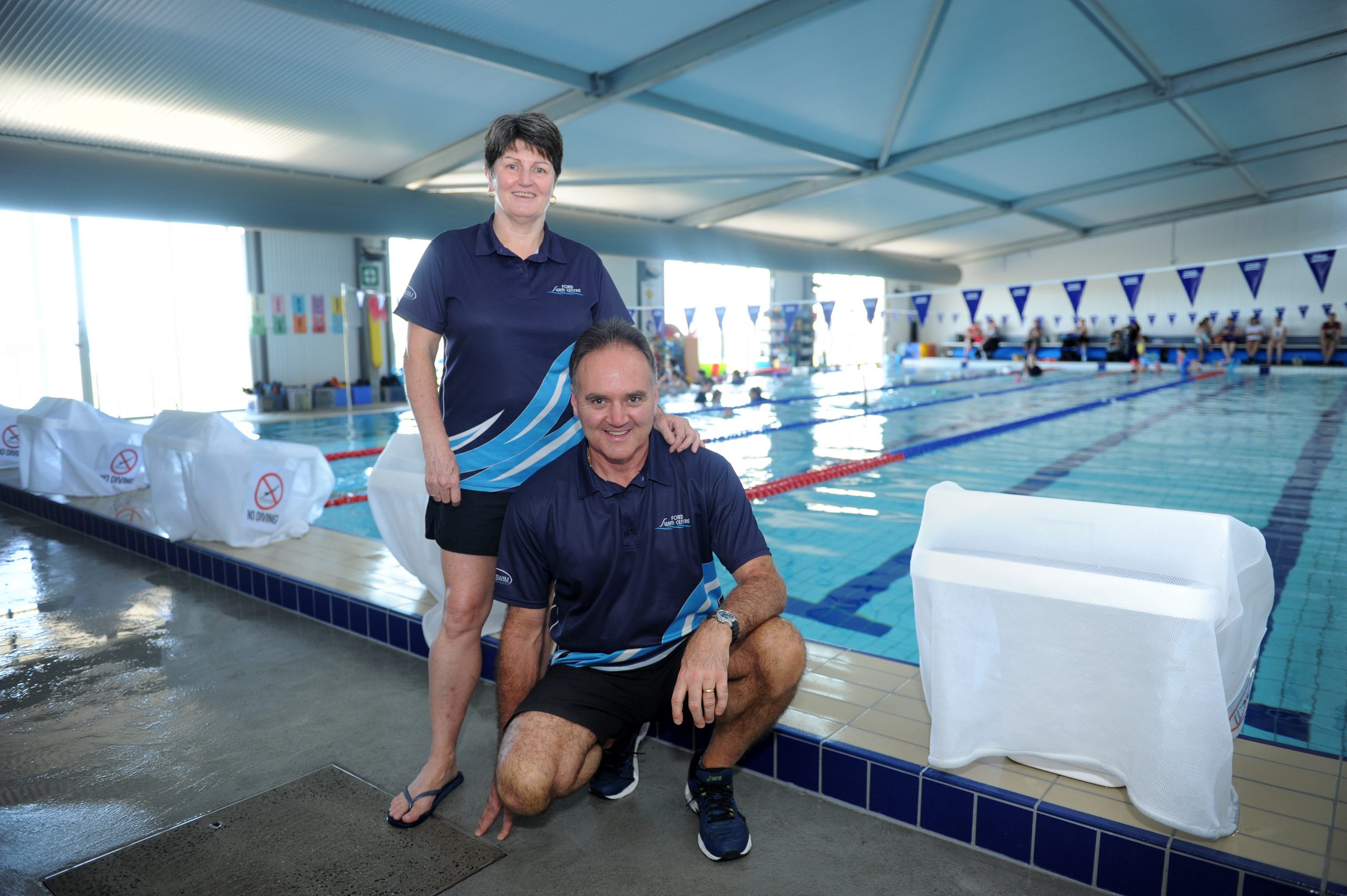 The Ford name has been synonymous with swimming in the Latrobe Valley for more than half a century.

Otto Ford was a renowned figure in the region and managed the Yallourn and Morwell swimming clubs throughout the 1960s.

Son Brian followed in his father’s wake and forged a name for himself as a competitor, coach and official.

Brian met wife Michelle in the pool in 1979 and the pair celebrated their mutual love for the sport by opening a learn-to-swim centre in their own backyard in Traralgon.

“In June of 1993 we built a pool on a block of land where we built our house and it was 17 metres longs and four metres wide,” Michelle said.

“We started out with about 40 clients and five teachers and then we started to get more people so we were also employing more people.”

The home-grown operation boomed over the years and was home to more than 600 clients per week at the time of its closure in July this year.

“We got to a point where we had such a long waiting list for lessons that people were putting their unborn babies down on the waiting list.”

“I’ve been teaching for 39 years … it just got to a stage where we outgrew [the pool] and couldn’t keep up with numbers,” Michelle said.

The demand for extra classes was so overwhelming that it spawned the idea for a new venture.

“We thought we’d like to cater for more people so this genesis started about three or four years ago,” Brian said.

“We thought we’d have a look around for a block of land and thought ‘let’s build our own pool’.”

With Michelle as project manager the Fords embarked on a bid to construct their own swim centre.

They secured a block of land on site at St Paul’s Anglican College in Traralgon and got to work last September.

The Ford Swim Centre opened in July and the six-lane, 25-metre pool now attracts more than 900 swimmers a week with Brian fronting as head coach and Michelle as assistant head coach.

“It’s been a bit of a dream but it’s still a bit unreal … I stand out there and I coach and can’t believe it and I think ‘oh my god, we built this’,” Michelle said.

The centre, which works in conjunction with St Paul’s, serves as a base for the school swimming program and also offers private lessons.

“We got information from St Paul’s that they had plans to build a pool … so that was another incentive for us to build here,” Brian said.

“We just want to feed kids who want to continue with their swimming and grow into a competitive program as well.

“We no longer have a waiting list so we can get kids in fairly quickly now as opposed to in the past when it would take a long time.

“We’ve been able to offer employment to another seven people since we’ve opened here and teachers who have worked at other places have been able to get more work.”

In the pool, the Fords are relishing the opportunity to spread the message about the benefits of swimming and safety ahead of summer.

“I think just having the chance to get in the water and learn to have fun … to learn to have a life skill that you don’t get in [the pool] unless you’ve been told by a parent you can get in,” Michelle said.

“You hear stories of kids falling in to dams or lakes feeding the ducks and they’ve remembered to roll on to their back … but they haven’t panicked and [they have] thought about what they’ve learnt in the pool.

“If you can save one life in your lifetime then you’ve done a pretty good job.”

The Ford Swim Centre is running an intensive school holiday program throughout summer.