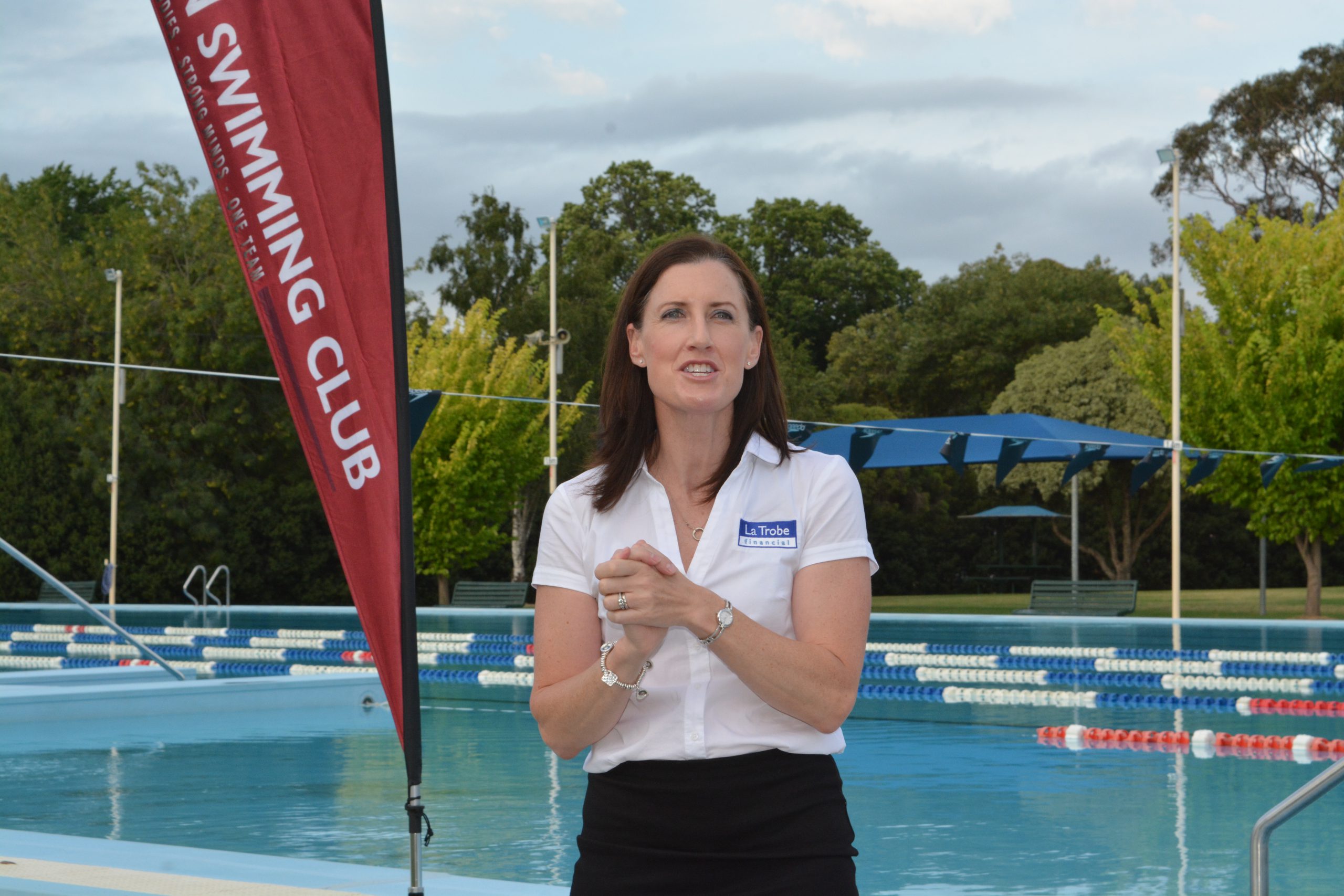 Members of the Traralgon Swimming Club were treated to a celebrity guest appearance recently when five-time Olympian Jacqui Cooper visited to deliver a motivational speech.

Cooper is widely regarded as the greatest aerial skier of all time and represented Australia for two decades in a career that saw her compete at a staggering 139 World Cup events.

The 45-year-old addressed the Traralgon swimmers ahead of last weekend’s Victorian Country Championships and spoke of her successes, trials and tribulations.

“The Traralgon Swimming Club has been winning championships for a long time and Jacqui spoke about the secrets to success and longevity and she really resonated with everyone,” Ford said.

“She spoke about self-belief and the power of giving yourself positive talks and how to get through all the naysayers and people who will get in your way.

“I spoke to some parents after [the talk] and a lot of them are going through changes in their personal lives but learned from Jacqui that hard times are an opportunity to improve.”

Cooper also spoke of her experience with adversity after a severe injury stopped her in her tracks.

“Jacqui was out for 12 months healing from a broken knee cap and the journey she’s had to come back from adversity and compete at another Olympics was really inspiring,” Ford said.