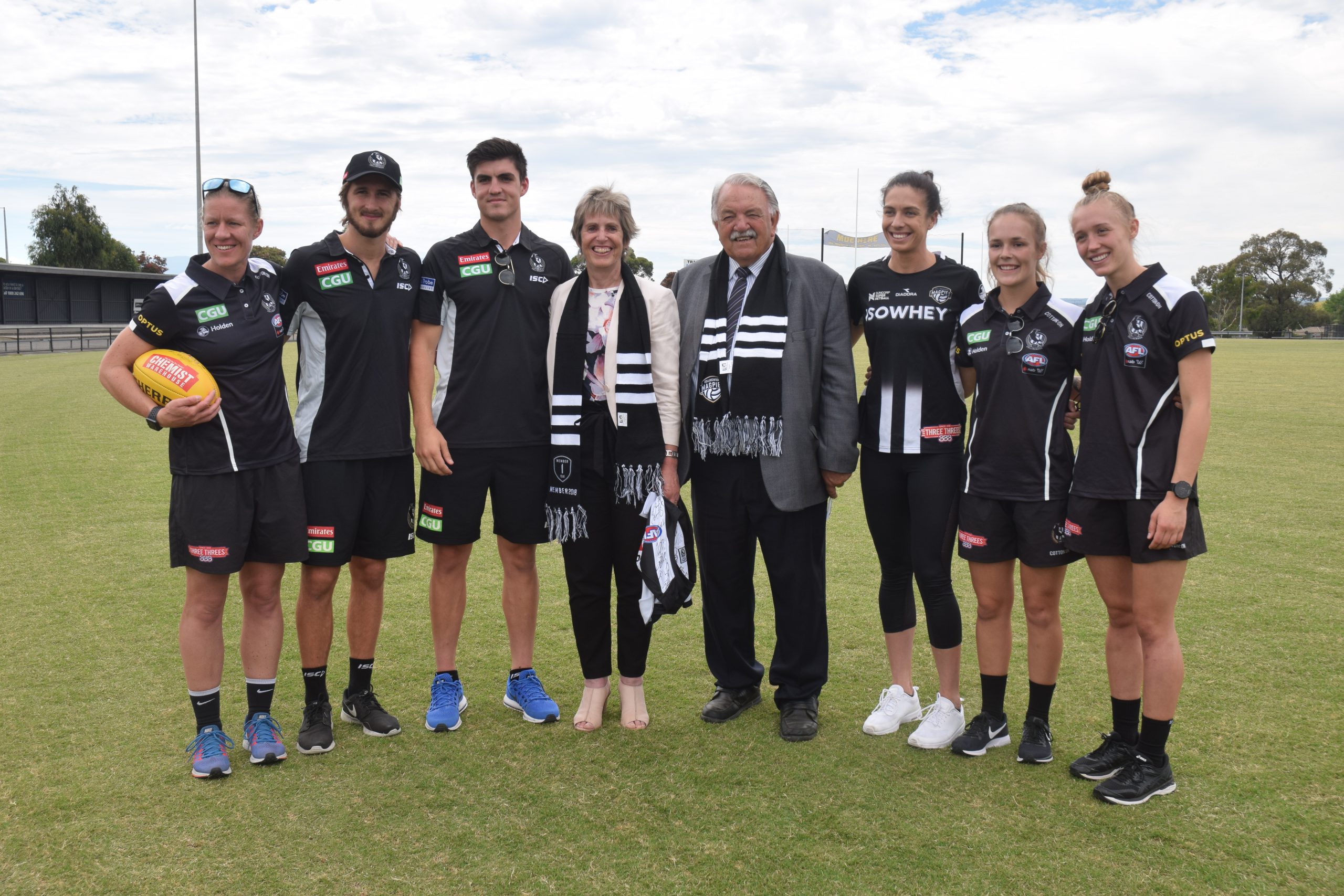 The Collingwood Football Club has announced a landmark partnership with the Victorian Government which will bring the side’s AFL, AFLW and netball teams to the Latrobe Valley for a number of major events across the next three years.

“Collingwood’s key purpose is to inspire and unite people through the power of sport,” Emerson said.

“The club is passionate in its desire to make a valuable long-term contribution to the growth and development of the Latrobe Valley.

“We are excited to bring our elite athletes to the region for the upcoming series of matches in March and the years ahead.”

Collingwood will bring its AFL, AFLW and netball sides to the region for a triple header over two weekends in March.

The club’s netball team will play a practice match against the Adelaide Thunderbirds in Traralgon on Saturday, March 3, followed by an AFLW round five fixture against the Western Bulldogs in Moe on Sunday, March 4.

The action will continue at Ted Summerton Reserve the following week when the Magpies’ AFL side meets the Western Bulldogs in a preseason clash on Saturday, March 10.

The landmark partnership was formed as part of the state government’s $85 million Latrobe Valley Sports and Community Initiative.

The agreement involves Collingwood hosting regular games, community programs and initiatives in the Latrobe Valley and lead an alliance of major sporting clubs to deliver an annual calendar of events across the region.

“Collingwood has committed to delivering a range of programs in the Latrobe Valley to increase participation in sport and active recreation, particularly for under-represented groups including women and girls, indigenous youth, new arrivals, those from disadvantaged backgrounds and disengaged youth,” Cain said.

“This is all about promoting healthy lifestyles and development of social skills within the community and these sorts of events and participation is going to enable that to happen,” Cr White said.

“I’m really grateful on behalf of the community that this initiative has been creative and I look forward to its ongoing journey.

“We’re very grateful to Collingwood for their preparedness to get involved in this unique way. We think we have fantastic facilities here in the Latrobe Valley.”