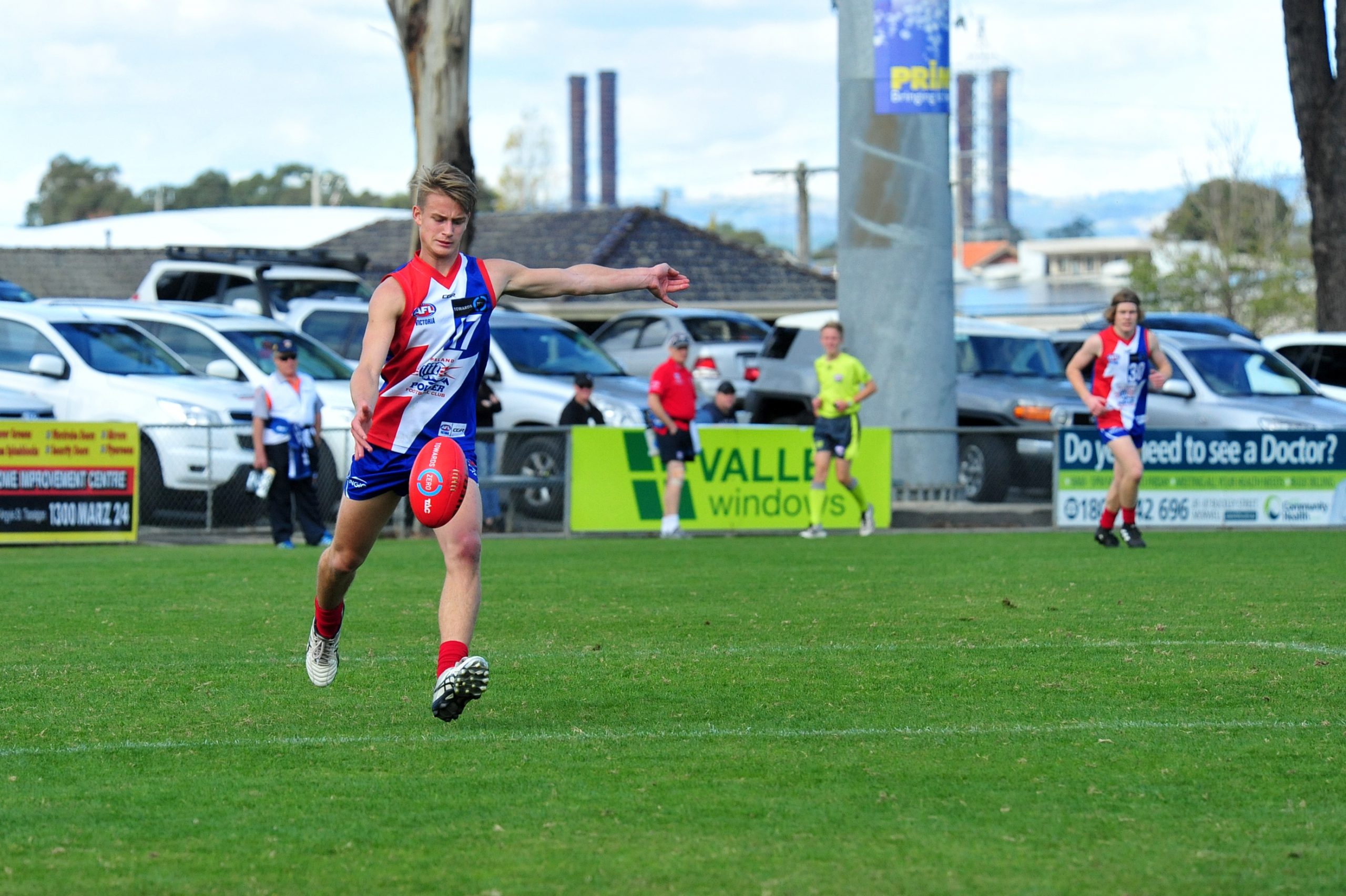 Gippsland Power has announced its 2018 under-18 squad with no less than 44 players in the running to be called on for TAC Cup duties.

The 2017 TAC Cup season came to an end for Power at the hands of Geelong Falcons in the elimination final last September but coach Leigh Brown said winning games was a by-product at Power.

“The TAC Cup represents an opportunity for players to take ownership of their footy careers,” Brown said.

“It’s about development, not about winning games … it’s about improving players and giving them opportunities to get drafted and if we can get two or three drafted each year then that’s fantastic and that’s the end goal.”

The Gippsland Football League is the mostly highly represented across Gippsland and is home to 33 of 44 Power-listed players in 2018.

In his fifth year as coach, Brown is looking to a trio of 19-year-olds to lead from the front.

Fish Creek native Matt McGannon is a highly skilful midfielder and ambidextrous kick who endured an injury-interrupted season in 2017 and is sure to impress if he can stay fit.

“Matt is a fantastic kick off both sides and has great hands as well,” Brown said.

In his second season, speedster Tyrone Hayes also has the potential to be a real weapon for Power through the midfield or as a small defender if fitness permits.

Sam Flanders and Caleb Serong are two of 24 bottom-agers on the 2018 list and rear as two of the best.

Both are members of the AFL Academy level one group and are already on the draft radar.

“Flanders is a ballistic and really handy on goal … Serong is at Geelong Grammar this year and is super athletic,” Brown said.

Two Power alumni found homes at AFL clubs in the wake of 2017, with vice-captain Callum Porter landing at the Bulldogs with pick 74 in the draft and Changkuoth Jiath at Hawthorn with pre-selection in the rookie draft.

“Cal has been playing some AFLX games and is really enjoying his footy, and he came down to watch one of our games recently which shows how tight-knit the players are at Gippsland Power.

“CJ went to Hawthorn as part of the AFL Next Generation Academy, and that has been huge for him and his family.”

The Power will get its first run of season 2018 when it faces Murray Bushrangers on the road on March 25.