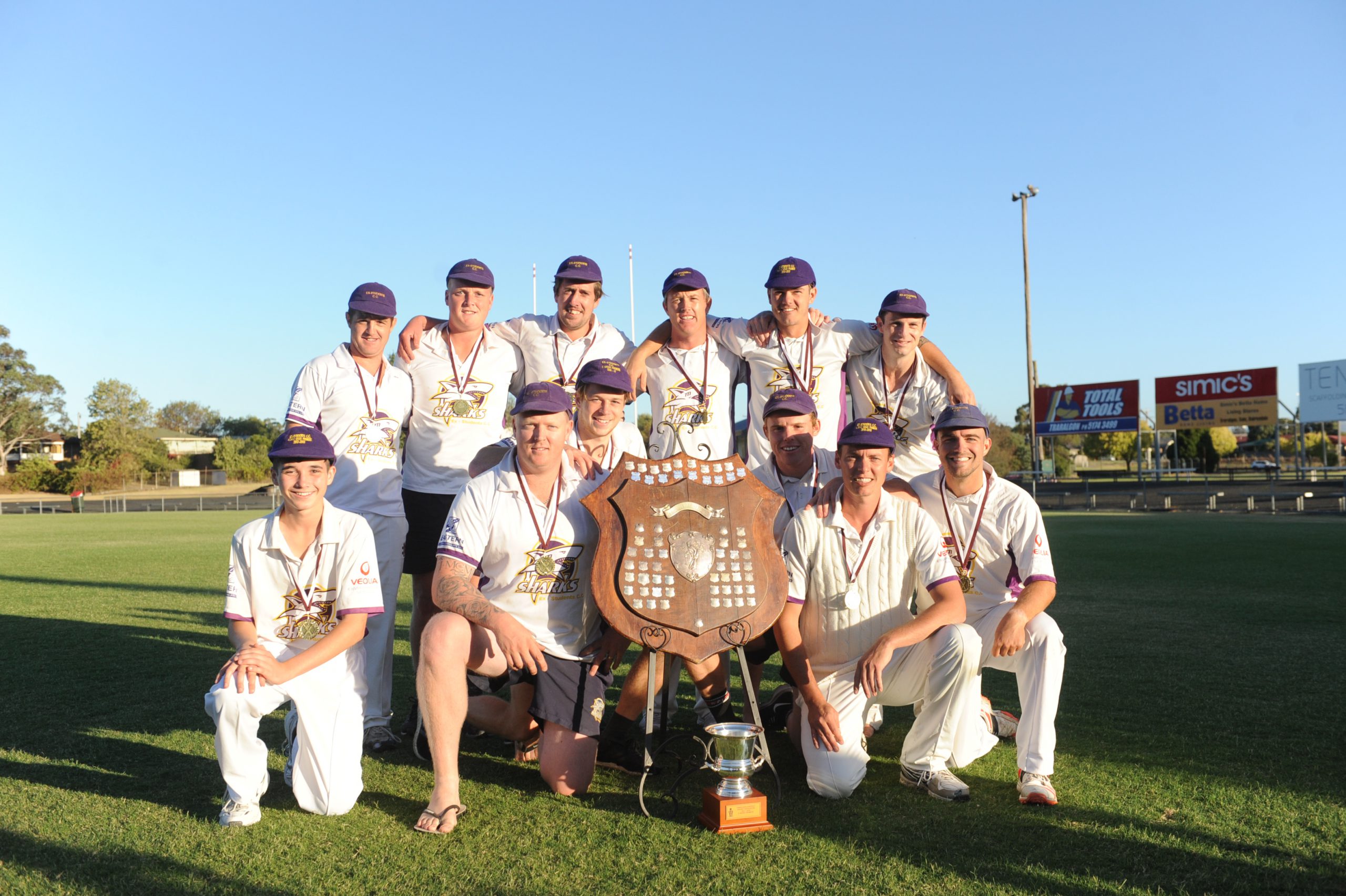 The Cobras won the toss on Saturday and elected to bat and looked positive early on before opener Jesse Giardina was caught by Michael Warne for 66.

Big man Ben Kearns (24) was soon caught off a ball from Sharks captain Lee Stockdale which followed the wickets of Chris Williams (16) LBW and Matt Harvey (7) who was bowled by retiring Sharks stalwart Rob Voss.

Sharks bowler Kim Duncan later took the scalp of John Keighran (3) while Ryan Ayres, whose family was watching a live stream of the match from England, was the only one to make a real difference to the scorecard, making 50.

Ex Students showed worrying signs early on as openers as James Pryde (9) was caught by Giardina and Mitch Membrey LBW for a duck.

Gilmore then whacked the club into the record book after scoring 107 in partnership (73) with McMahon (18) who steadied the ship before he was caught by Kearns.

Gilmore then went on to register a 78-run partnership with captain-coach Lee Stockdale who took to the field to flex some muscle, making 29.

Michael Stockdale (11 not out) and Ric Battista (15 not out) ended their unbroken partnership of 25 to claim the club’s fourth A grade flag at 5/201.

Tight bowling by the Cobras, which included more than a dozen maidens, kept them in the game but was not enough to secure the win, while Lee Stockdale bowled a tight first spell, picking up three wickets in the process for the Sharks.

Stockdale described the win as a “brilliant reward” for his troops and acknowledged that the club’s B and C grade sides also claimed their respective flags a day earlier.

“We had the belief as a club that we’d played in five grand finals in a row, won three, and when you’re in that sort of form you just have belief,” Stockdale told The Express.

“We’re still very young, especially our batting group but I think we had the belief right from the start we could go again.

“At one stage it was looking like we could’ve chased in excess of 300 so to peg [Churchill] back and chase 200 overnight and be 2/40 on Sunday we were quite happy with.”

It is unclear what impact the retirement of club legends Michael Warne and Rob Voss will have on the club, after both men announced their departure from the side in the lead up to the win.

“Vossy has played 120 games and taken 260 wickets and Warney is a premiership captain here. He’s played about 90 games and is a three-time premiership player and taken close to 200 wickets,” Stockdale said.

“They’ve both been brilliant for our kids and for the whole club in general.”

Traralgon and District Cricket Association secretary Gavin Foenander said despite play being halted by rain on day two, the ground dried up which meant the game was able to resume quickly.

“It’s the fourth time in history Ex Students have won A, B and C grade and it just shows they’re such a big, powerful club and they’ve been able to keep the same crew of players together,” Foenander said.

“I think there was only one change to their A grade side from last year’s and that guy that wasn’t playing today, he actually played B grade.

“Their ability to keep all their players is enormous and they’ve shown how good they are … kudos to them, they’ve just been a sensational outfit.”

Foenander said the association was also pleased with the reception it received from its inaugural A grade live stream, recording 3500 views across the two-day A grade grand final.

Gilmore was awarded the Laurie Blake Medal for man of the match.