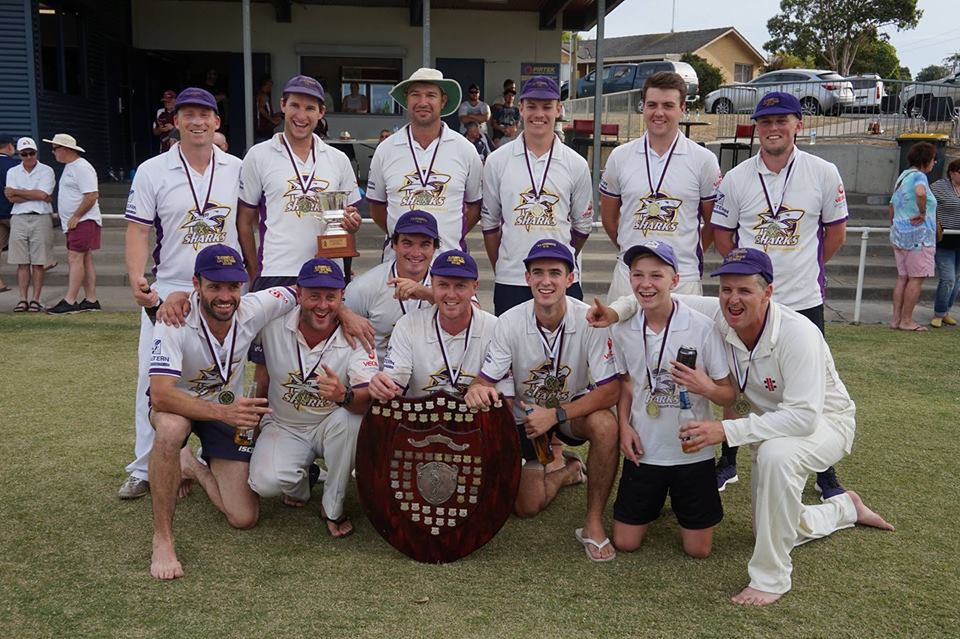 Ex Students are the 2017/18 B grade premiers for a record sixth consecutive season after a comfortable win over Churchill (119).

Joe Whykes top scored with 35 while Jordan Fenech made 29 in a disappointing batting display.

Lachy Spiteri was the pick of the bowlers with 4/32.

While The Sharks had a couple of hiccups along the way 119 was never going to be enough after Ex Students claimed the victory 6/120.

Lachy Spiteri was named man of the match.

The Sharks won the C grade premiership in a commanding win over last year’s premier Glengarry.

Shane Bonacci was best for Glen with 3/37.

The difference between Glengarry winning and losing rested on the shoulders of captain Ash Hodson who, after a 890-run season, had to make a big score.

He was soon after dismissed for 12 and the game was over.

Harry Lang made 39 to top score as Glengarry was all out for 139.

Shane Kosterman was awarded man of the match.