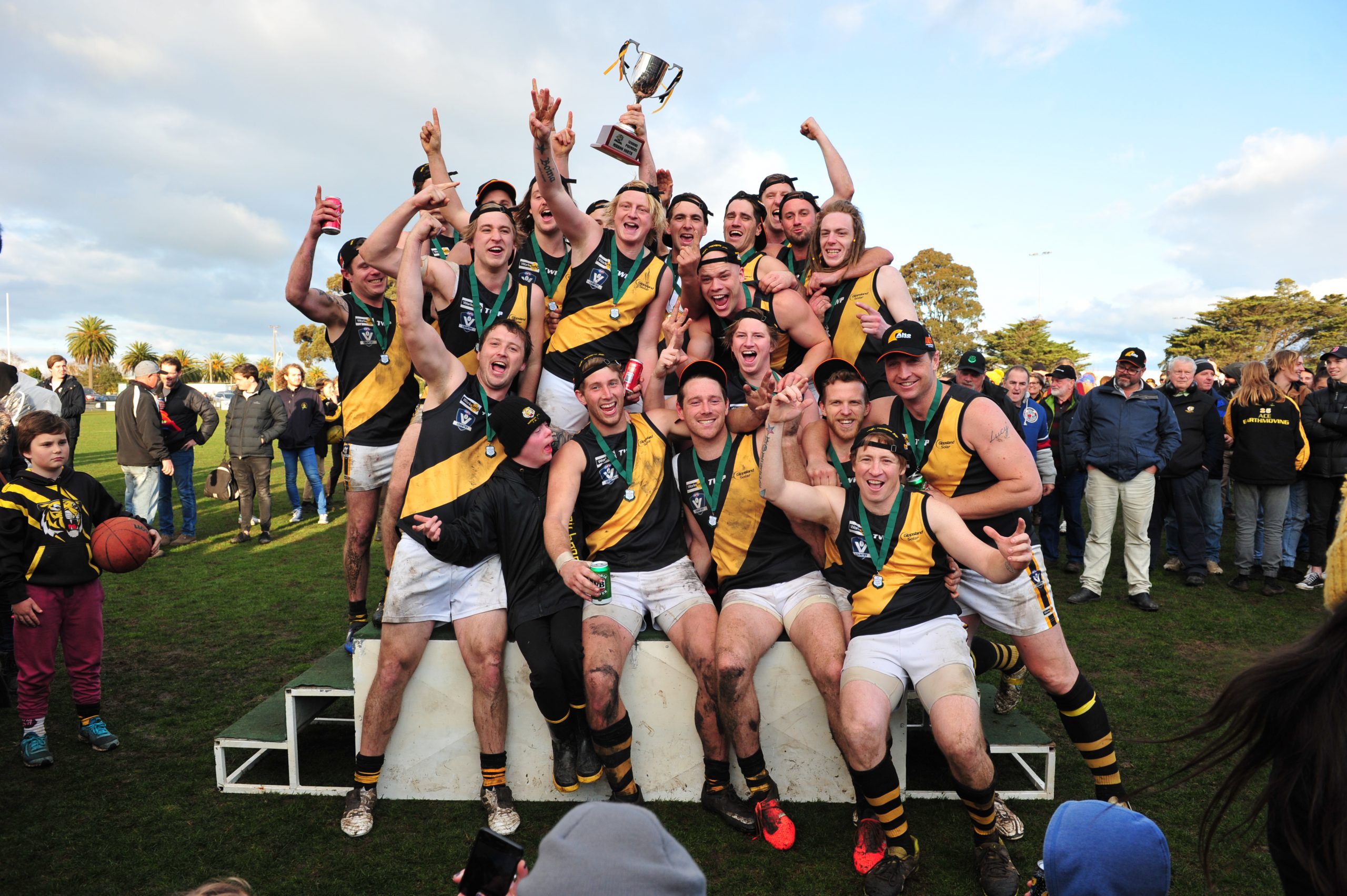 Defending premiers Mirboo North will unfurl their 2017 flag on Saturday in a first round grand final rematch against Yinnar at Walter Tuck Reserve from 2.35pm.

The replay of last year’s grand final is shaping as a tantalising match and Yinnar are sure to be out for vengeance after their agonising two-point stutter at the final hurdle.

The Magpies head into the season with redemption front of mind and have retained all of their 2017 runner-up side and boast some handy inclusions.

The retirement of Tigers stalwart Jack Robertson who hung up the boots after the landmark flag win and the losses of Beau Ridgeway to Queensland and Jesse Giardina to Boolarra should give the Magpies the edge ahead of round one.

Yarragon will get their season 2018 underway this weekend when they play host to a new-look Newborough side at Dowton Park Reserve on Saturday at 2.35pm.

The Bulldogs have gone hard with recruitment in the off-season under coach Tom Hallinan and present a daunting task for the Panthers with a host of big names set to take to the park this weekend.

Brothers Jared and Daniel Risol come to Newborough from Moe and will go a long way to filling the void left by the departure of key duo Josh Hecker and Luke Mulqueen.

JB Faustin will be another one to watch for the Dogs on Saturday and offers explosive run and carry across the ground and should attract some attention from Yarragon.

When the sides last met in round 14 last season, Newborough was indomitable and piled on 20 goals to Yarragon’s seven to file a mammoth 86-point win.

Luke Mulqueen was best for the Dogs in the win and bagged six goals while Josh Hecker was also in the best.

Hill End is itching to get their first run on the park this year and will do just that when they host Trafalgar at home on Saturday from 2.35pm.

The Hillmen have enjoyed a preseason of note, with coach Mike Santo labelling the vibe at ground level as the best it has been in a decade.

A recruitment coup in the form of Newborough pair Luke Mulqueen and Josh Hecker might have something to do with that and the two will provide plenty of excitement for Hill End under experienced clubman Ben Rotheram as skipper.

Trafalgar was “underprepared” for season 2017 by coach Clint Einsiedel’s admission but have also done well in the recruitment stakes in the off-season.

An exodus of older players made way for some hot prospects including Moe pair Klay Butler and Austin Byrne.

Round 10 last year was a veritable disaster for Hill End but a vastly contrasting side from the one that fell to Trafalgar to the tune of 85 points will front this weekend.

Morwell East and Boolarra will face off in round one this weekend at Ronald Reserve on Saturday at 2.35pm.

Morwell East was unlucky to miss out on a finals berth last year and were one win short of a post-season run.

Coach Colin King believes his side can push for a top four finish this year and has pinned his hopes on a couple of key players.

Ruckman Andrew Brown will be a pillar of strength for the Hawks and will be ably assisted by new cross-town recruits Sam Delicato and Zach Mangion who come to the side from Morwell in the Gippsland league.

Leading goal kicker Chase Saunders’ departure to Gormandale was a huge blow for the Demons but makes way for the incoming Jesse Giardina who was a part of Mirboo North’s 2017 premiership side.

Giardina kicked 10 goals against Boolarra as a Tiger last season and should go some way to covering the loss of Saunders.

Thorpdale and Yallourn/Yallourn North round out round one action in the Mid Gippsland Football League this weekend when they meet at Boolarra Recreation Reserve on Saturday from 2.35pm.

The Bombers and Blues finished in first and second place, respectively last year, but both failed to make the grand final and will be hell-bent on redemption in 2018.

The only loss from the 2017 side is Thomas McDermott while additions include Tyde Melbourne (Mirboo North) and Chris Redl (Neerim Neerim South).

For Yallourn/Yallourn North, Tom Hutton’s departure to America to play college football was a big casualty on and off the field but coach Barrie Burnett was confident his side had a mix of youth and experience capable of covering Hutton’s loss.

Keenan Hughes comes into the side from Cranbourne and will be one to watch out for this weekend.