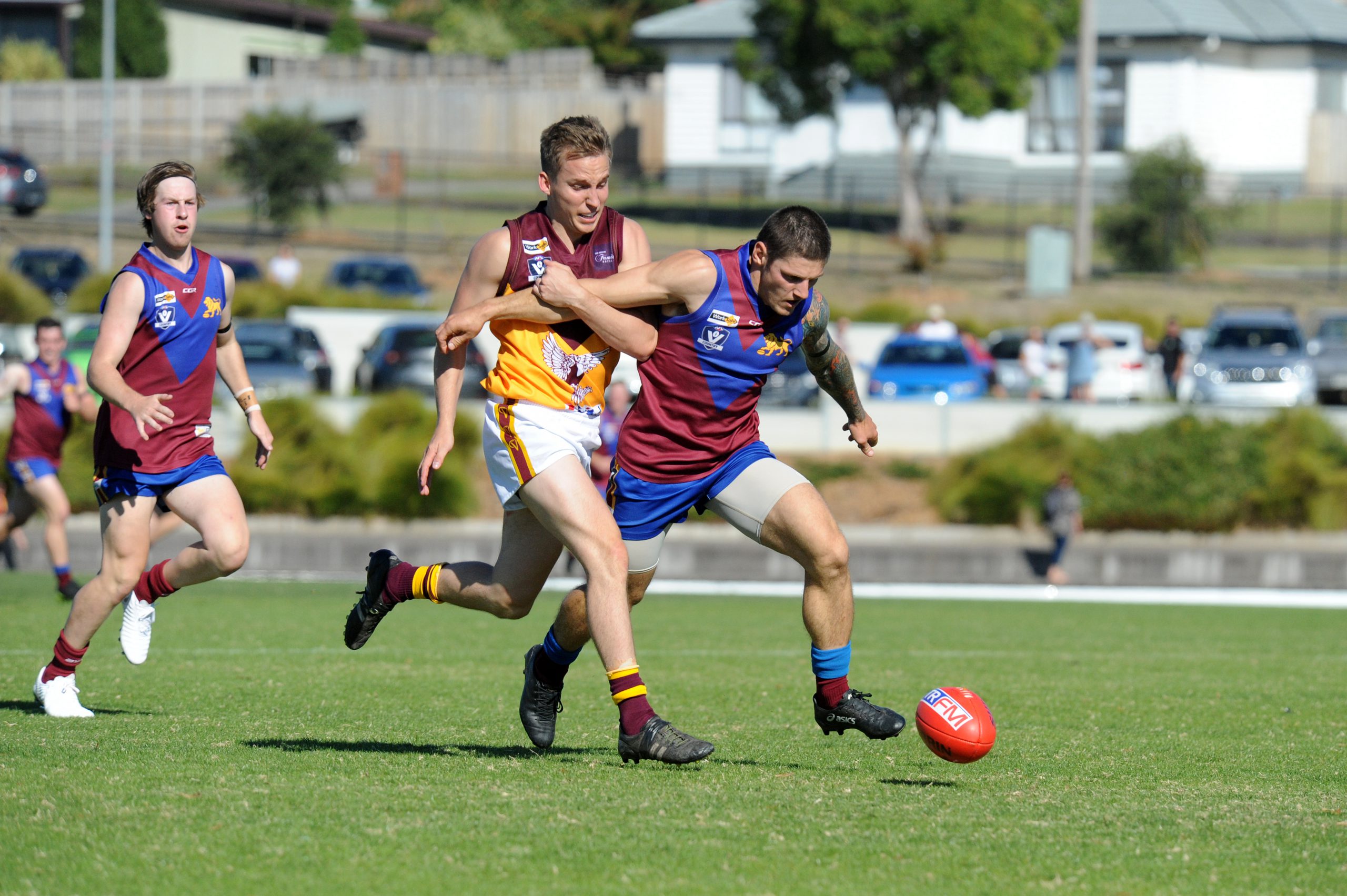 The Lions were matched in the first term by a resolute Hawks outfit and led by just five points at quarter-time, but a four goal to two second quarter set Moe’s scorers up for a second-half barrage.

Moe stacked on seven majors in the third term and held the luckless Hawks goalless, limiting them to two behinds on their way to a 61-point lead at the last break.

The damage could have been catastrophic for Drouin in the last term if not for Moe’s inaccuracy in front of goal.

The Lions kicked two goals and a mammoth 11 behinds to hold the blowout to 65 at the final siren.

Moe will travel to take on Sale in round two and Drouin will play host to Maffra.

New Maroon and former VFL player Connor Ambler has led Traralgon to an impressive on-the-road victory over Bairnsdale in the second half of the split opening round at the weekend, 15.12 (102) to 13.8 (86).

Ambler met the preseason expectations of coach Mark Collison and booted four goals in his first game for Traralgon after returning to his home club from Casey.

Josh Kiss was similarly menacing for Bairnsdale and earned the six votes for the best Redleg on the ground for his five-goal haul.

Traralgon led at every change in the 16-point win with their biggest buffer of 31 points coming at half-time.

The loss of some bottom-end talent in the off-season proved inconsequential for the Maroons in their first run of 2018 with no less than nine players scoring goals – four of them multiple.

Jackson Hall took out the six votes for best-on-ground for Traralgon and was joined on the honours list by Conor Little, Darren White and Nicholas Quenault.

Traralgon will be buoyed after its season-opener ahead of this weekend’s headlining clash with arch-rival Leongatha in a special Saturday night fixture while Bairnsdale will play host to Morwell in a twilight game.

The Eagles edged in front at the first break with an eight-point lead, but a persistent Magpies side went goal-for-goal in the second to remain within eight at half-time.

Maffra had countless opportunities to blow the game open in the third but were erratic in front of goal and kicked four goals and six behinds for a 25-point buffer at the last break.

It proved enough for the Eagles as they put on a goal-kicking clinic in the closing stages of the match for another eight majors to seal a 58-point win.

Among the best for Maffra was Ed Carr, Jack Johnstone and Kieran Jones while Mitch Dowse was Sale’s finest for the day.

Sale will play their second successive home game in round two this weekend against Moe and Maffra will travel to take on Drouin.