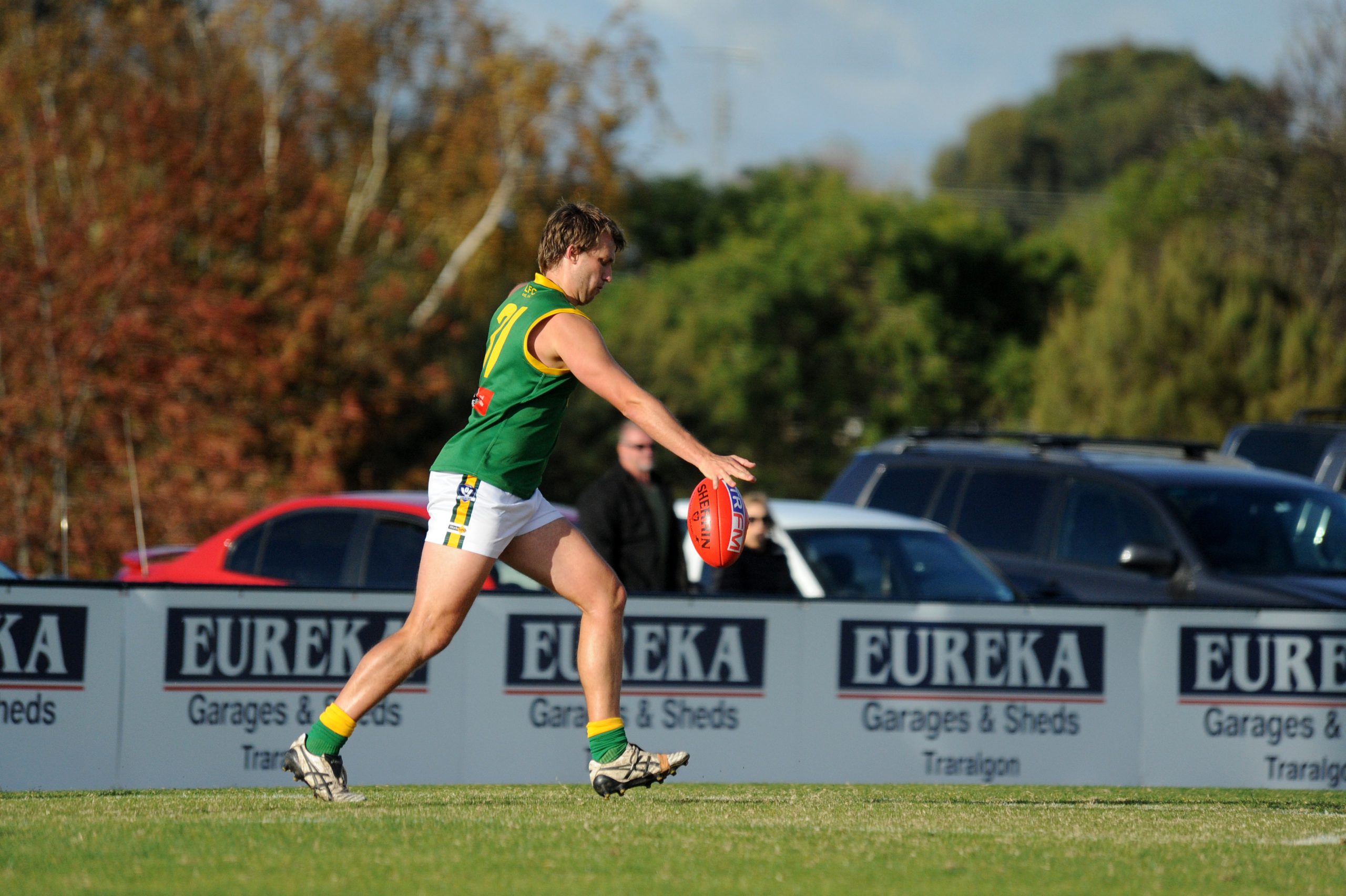 The sting of last year’s one-point loss to Leongatha in the grand final has driven Maffra to great heights in 2018 and their shot at redemption will come this weekend when they again face the Parrots in the decider.

“Last year there was a lot of blokes who walked away that would have had five premierships, so to lose to Leongatha by a point really stuck in their neck,” Maffra president Steve Saunders said.

“It’s not revenge so much, but the drive of going one better this year.”

With the exception of Lachie Channing, who broke his ankle in the semi-final, the Eagles are fully fit but Saunders admitted they would have to be at their very best to take it up to Leongatha on Saturday.

“Our best footy has to be exceptional. They’re a well-oiled machine,” he said.

“Tom Marriott won the league best and fairest and he’s a class player and they’re a quick side that match up well on us.”

Unbeaten until round 10, Maffra travelled to Leongatha in round four and buried the Parrots by 42 points, but the defending premiers bounced back and took out the round 13 rematch by nine points.

The most recent encounter – the second semi-final a fortnight ago – was controlled after half-time by Leongatha, with a seven-goal final term helping them to a resounding 64-point win.

Coach Paul Carbis said the week off had left his Parrots itching to run out on Saturday.

“I suppose having the week off is good because you can freshen up, but you want to keep playing in some respects, and it’s a long time between drinks so we just want the game to start now,” Carbis said.

In his first year at the helm of Leongatha, Carbis admitted he had inherited a pretty handy playing list but said it wasn’t always easy going in the early stages of season 2018.

“The first thing is that a new coach needs to install trust in what we’re trying to do, and that goes both ways,” he said.

“We worked with the leadership and playing group and it took a while to get going. We were two [wins] and two [losses] and were inconsistent, but as the year went on we got really consistent.

“We blooded a lot of new blokes and played 37 players all up, which is a hell of a lot. We’ve got a lot of improvement from our second and third year players, which helps out our older guys as well.”

He flagged the side’s second halves – particularly against Sale and Maffra in the qualifying and semi-finals – as some of their best football for the season.

“Against Sale, they started well, but for us it’s about grinding out the opposition, staying with our players, not panicking and playing our footy and eventually we can get a result,” Carbis said.

“Last time against Maffra we got started a little earlier than what we thought, but every game is different and we need to make it happen for ourselves, so that’s what we’ll do.

“I think it’s going to be hard tough contest, we’re expecting Maffra’s best and that’s what we’ve been training for. They’ve been on top for a reason so we’ve got to be ready.”