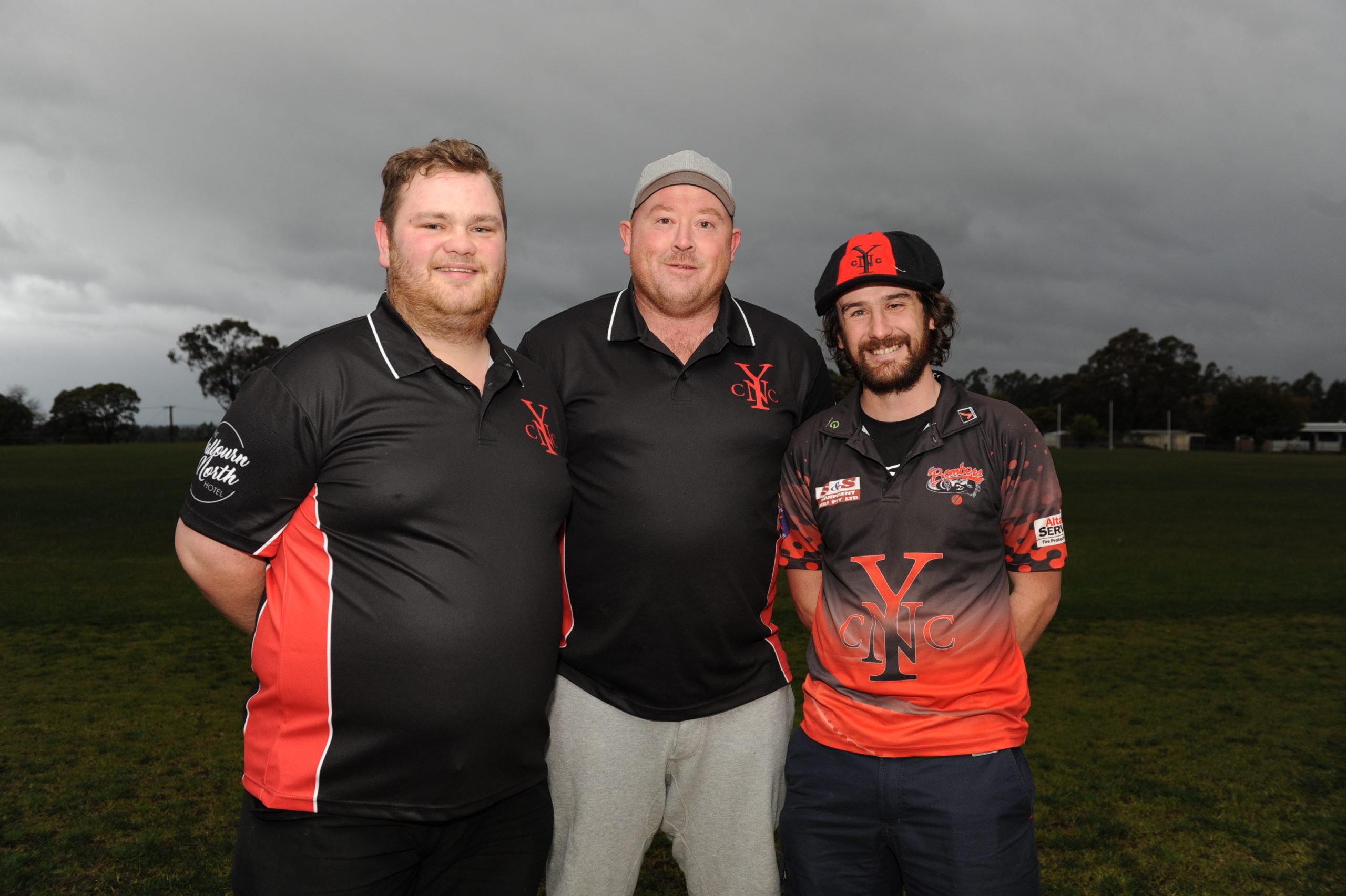 Yallourn North has been one of the most active players in the lead-up to the 2018/19 LVDCL season, with several high-profile signings leading the charge for the club as it prepares to take the field after a year’s hiatus from A grade competition in 2017/18.

Explosive all-rounder and premiership player Dean O’Brien will take on the role of captain and comes to the Rock from the Warragul and District Cricket Association.

Chris Perry joins Yallourn North from Western Park while international boon recruit Curtis Howell will top up stocks as an opening bowler and top/middle-order bat from Findon in the Sussex Premier League.

Batsman Matt Brewer joins the club from Latrobe where he amassed 500 runs in the 2014/15 season, and Western Park product Stephen Boltong and returning clubman Evan Sheekey are also in for the Bombers.

Sumner joins Yallourn North from the North Wales Premier League as an exciting spin bowler and opening batter where he amassed more than 450 runs and 20 wickets, including 7/6 in season 2017/18.

After a stint in the WDCA, Rhys Holdsworth is back to lead the charge at Trafalgar in the LVDCL’s A grade competition.

Holdsworth has proven his worth as a captain-coach of the Ships’ 2014/15 premiership side with bat and ball and holds the mantle of Trafalgar’s all-time leading run-scorer.

He will be supported by fellow returning clubman and bowler Dan Heathcote, Anthony Clarke-Bruce has moved to Moe, while international recruit Nick Gurney will go around again and be joined by Englishman all-rounder Callum McCarthy from Water Orton.

Junior Aiden Connolly is an exciting prospect in the club’s under-16 side as a top order bat and could well be in line for an A grade debut this season.

With nearly 4000 A grade runs for Trafalgar under his belt, Holdsworth is a proven performer and will lead from the front in his return to the club in season 2018/19.

Clubman Dylan Freitag returns to Centrals after a stint playing in Queensland and will lead the Lions as skipper in season 2018/19.

The bowling all-rounder will bring with him brother Nathan, who also returns to the club as an opening bat from Kingborough in Tasmania where he captained the side last season.

A boon recruit for Centrals, Ross Allen comes to the club from North West Warriors in Ireland where he played first-class cricket as a batting all-rounder.

Jamie Hall will also bolster the Lions’ batting order at the top and joins the den from Beaconsfield.

Allen will be a welcome addition to the Centrals line-up and will likely open the bowling.

All-rounder and stalwart Stan Urbanic will lead the Panthers’ charge in season 2018/19 and heads up a slightly changed roster.

Quick Matt McGrath will play with CATS and has been covered by the return of clubman Dylan Leys who will slot in to lead the bowling.

Brett Duncan has also come in from Imperials in the TDCA as an opening left-hand bat, while promising youngsters Ben McCormack (batsman) and Lachlan Smith (all-rounder) could be in line for an A grade stint at some point during the season.

Rawson came into Jeeralang-Boolarra from Centrals last year as a handy all-rounder and racked up 252 runs and 21 wickets in season 2017/18.

Latrobe have flown in Zimbabwean cricketer Ronnie Chokununga to fill the role of head coach for the A grade side for season 2018/19, and bowling machine Tyron Gamage will stand in as caretaker coach until Chokununga arrives to take the helm in a fortnight’s time.

Opening bat Brad Aitken has left the club to join Morwell, Matt Brewer has joined Yallourn North and all-rounder Will Kennedy will have the season off.

Gamage shared the title of leading wicket-taker (41) in the CGCA with Morwell’s Lewis Harper last season.

Mainstay Tim Fitch finished fifth on the batting table last season with 479 runs to his name and will again lead Traralgon West as captain-coach.

Fitch was ably supported by James Griffiths, who racked up 280 of his own, and will be backed by all-rounder Ben Edebohls who has been elevated to vice-captain.

Juniors Jack Cooke (bowler) and Josh Monacella (keeper-batsman) have shown promise and both have played A grade cricket and could be in line for a call-up again this season.

West has moved their turf home back to Jack Canavan Oval, which will be christened by the B grade side this weekend, with the A grade side scheduled to play back at the base in round two.

Edebohls has taken on the responsibility of vice-captain this season and will be looked on to lead by example.

He batted at first drop for much of last season and also took 16 wickets with best figures of 7/41.