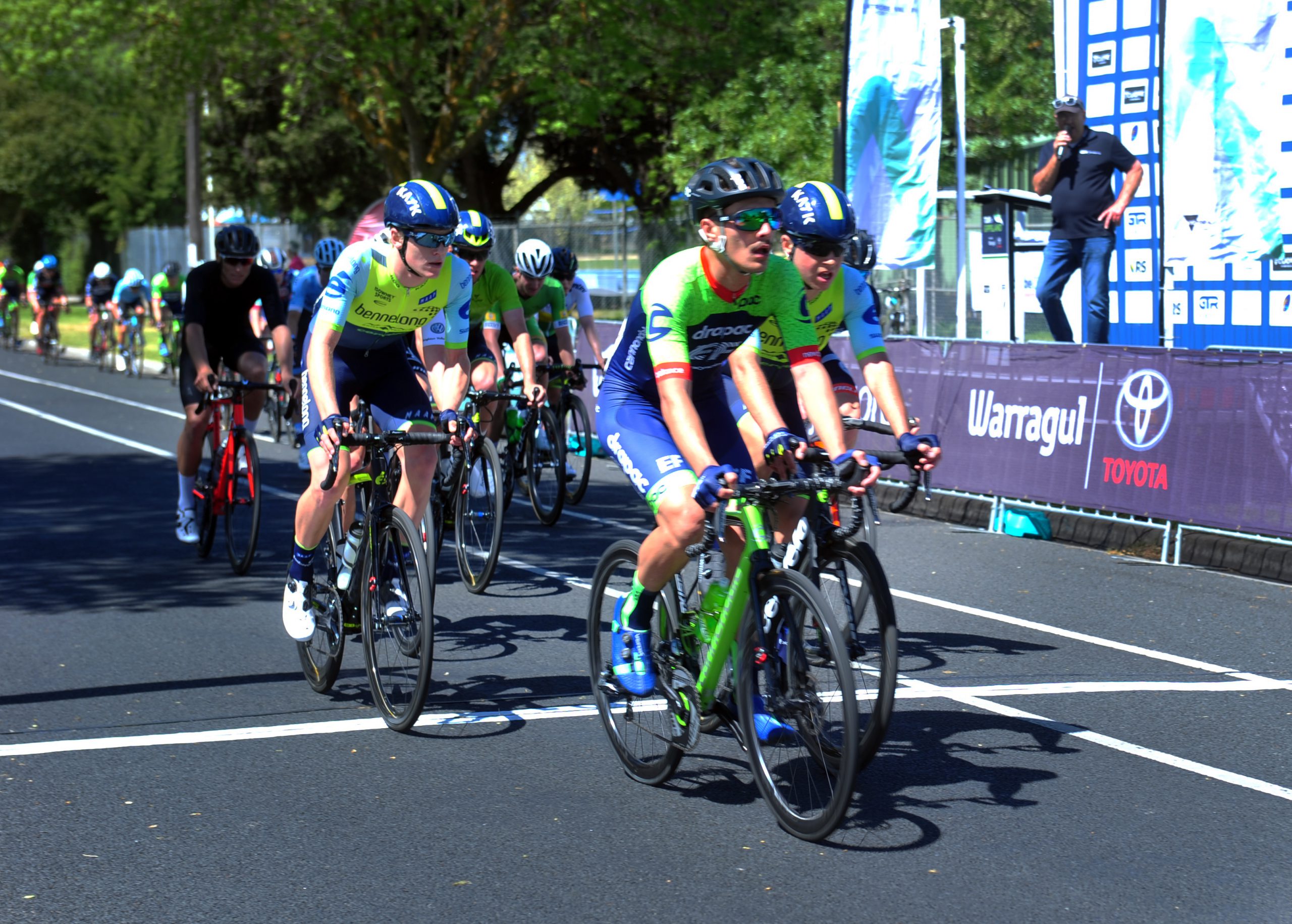 The Tour of Gippsland criterium series hit the Latrobe Valley at the weekend with 23-year-old West Australian Theodore Yates taking out stage two in Traralgon yesterday.

Yates finished eighth in stage one at Phillip Island on Saturday in his first National Road Series race in four years.

He stuck with the peloton throughout the gruelling course around Kay Street and had to hold off teammate Sascha Bondarenko-Edwards to edge over the line.

“Sascha won this [criterium] last year, so we have a lot of confidence in him and my goal was to save some energy and go with some moves,” Yates said.

“It’s a pretty hard course to hide on because that hill is pretty brutal, but [I] just stuck in there, counted the laps down and had to hit that last corner with everything.”

Germany’s Raphael Freienstein took out the sprint and yellow leader’s jersey and heads into today’s penultimate stage three race in Sale with an 18-second lead.

“It would be nice if I could hold on to the lead. It’s such a long way and finishing up on Baw Baw is a brutal climb, so it was a tough race on [Saturday] and back up on [Sunday], and it’s only a small lead so we’ll hope for the best,” Freienstein said.

On the women’s side of the draw, Shannon McCurley took out the Traralgon leg of the four-stage series ahead of stage one winner Emily Roper, who finished in fourth, while Jaime Gunning is in the yellow jersey ahead of stage three in Sale today.

The Tour of Gippsland will wrap up with stage four set to be raced tomorrow in Mount Baw Baw.