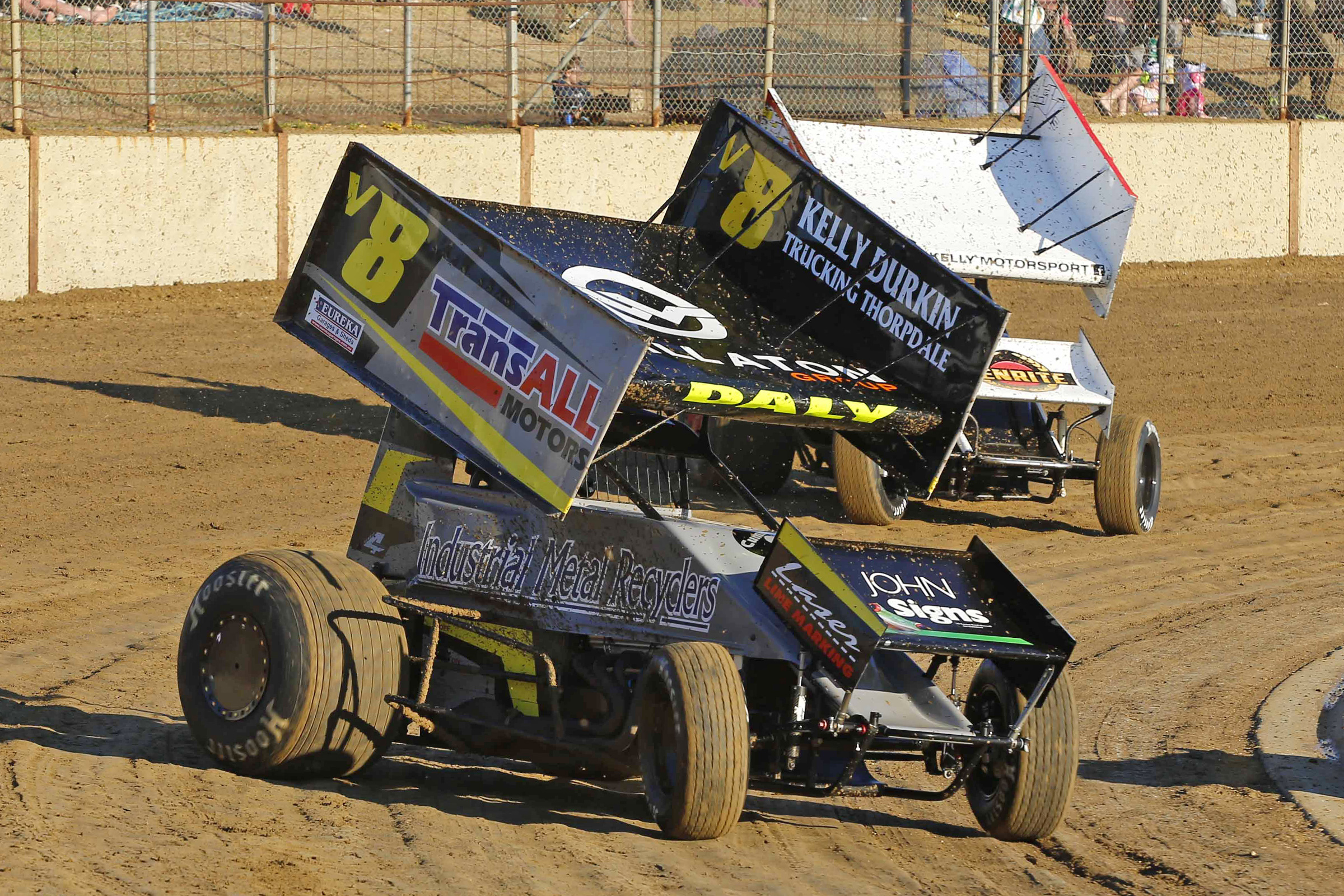 Continuing to go from strength to strength in his second 410 Sprintcar season, Morwell’s Bobby Daly recently achieved a career milestone by picking up his maiden feature-race podium finish.

Daly ventured into speedway racing via the VSA Sprintcars class with no prior racing experience. The 23-year-old racer became hooked on the sport following a guest drive of his uncle Mick Cook’s Sprintcar.

He eventually decided to purchase a car from Colin Sands and made his debut during the 2015-16 season.

Daly went on to experience significant success, taking out the VSA Club Championship point score twice and placing third in a Victorian Title.

It was this success that prompted him to embark on a new challenge.

Purchasing a new engine and making the move into 410 Sprintcar competition at the beginning of the 2017/18 season, Daly ran a total of 14 race meetings, including most of the Eureka Garages & Sheds Series rounds where he placed 13th overall in the point standings.

Determined to improve on his position, Daly got his 2018/19 season underway in positive fashion, coming home sixth in the opening Eureka Garages & Sheds Series round.

Daly managed to realise his goal during the seventh Eureka Garages & Sheds Series round at Simpson Speedway over the Christmas-New Year period where he secured a front-row start for the feature race and then went on to drive a solid race where was rewarded with a second-place finish behind local John Vogels.

“I was rapt to have picked up my first 410 Sprintcar podium finish and it’s a great reward for everyone in our team for all of their fantastic efforts; everyone from our pit crew, supporters and sponsors,” Daly said.

Daly sits second in the Eureka Garages & Sheds Series point standings and is focused on contesting the remaining rounds to remain at the pointy end of the leader board.

His next appearance will be on Wednesday, January 16 at Geelong’s Avalon Raceway for the President’s Cup, followed by the Grand Annual Classic at Warrnambool’s Premier Speedway from January 18 to 20.