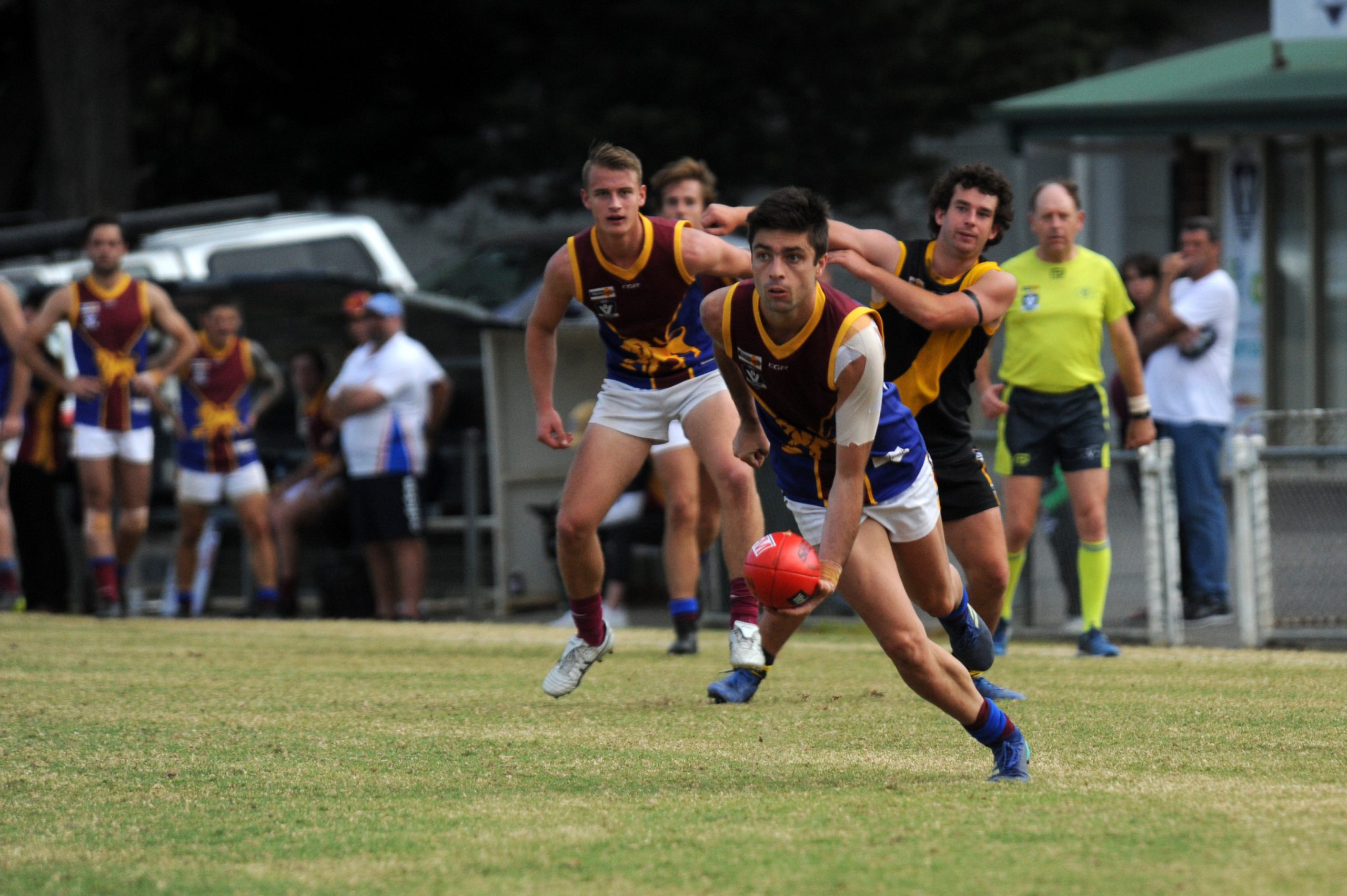 The Lions increased their lead at each quarter from two goals up at the first break to three goals at half time and more than five goals at three quarter time before kicking on to win by 46 points.

Moe had multiple goalkickers in Darnell Grech and Spencer White who scored three each, Scott Van Dyk, Bryce Collings and Ashleigh Dugan with two apiece and singles to Bernard Vince and Thomas Fleming.

Drouin started season 2019 as it finished last year, carrying the motivation from three consecutive late-season wins to stun Traralgon, 10.16 (76) to 8.13 (61) in round one action at Drouin.

Traralgon held a three-point lead at the first break but a goal just short of the two minute mark in the second quarter by Drouin’s Rhys Salter put the Hawks in front and they were never headed for the rest of the match.

They led by two points at half-time, 18 points at three quarter time and closed out a solid performance with a 15 point victory over a team that came from fifth place last season to narrowly miss a spot in the grand final.

Salter led the way with three goals, ably supported by Edward Morris and Ryan Taylor with two each and singles by Bailey Beck, Todd Beck and Bob McCallum.

Traralgon’s goalkickers were Dylan Loprese (3), Riley Loprese (2) and one each to Kody Wilson, Troy Forest and Lee Stockdale.

Leongatha unfurled their premiership flag in a grand final rematch against Maffra and showed why they will be the team to watch again in season 2019 as they ground out a gritty 12 point victory.

It was three more goals to the Eagles in the third quarter but the Parrots more than matched them with four of their own. The final quarter was won three goals to one by the Eagles but Leongatha’s early efforts saw them hold on, 10.11 (71) to 9.5 (59).

Scoring majors for the Parrots were James Lloyd (3), Josh Hopkins (2), Christopher Dunne, Cade Maskell, Joshua Schelling, John Ginnane and Nathan Trotto, all with one to their names.

Sale played host to Bairnsdale in a match that lived up to expectations of a tight contest that saw the home team scrape home with a three point win, 16.16 (102 to 15.9 (99).

Scores were tied on three goals, two behinds apiece at quarter-time while Bairnsdale managed a mini break at half-time.

However, Sale clawed back to be just three points down at the final break before outscoring Bairnsdale to snare victory.