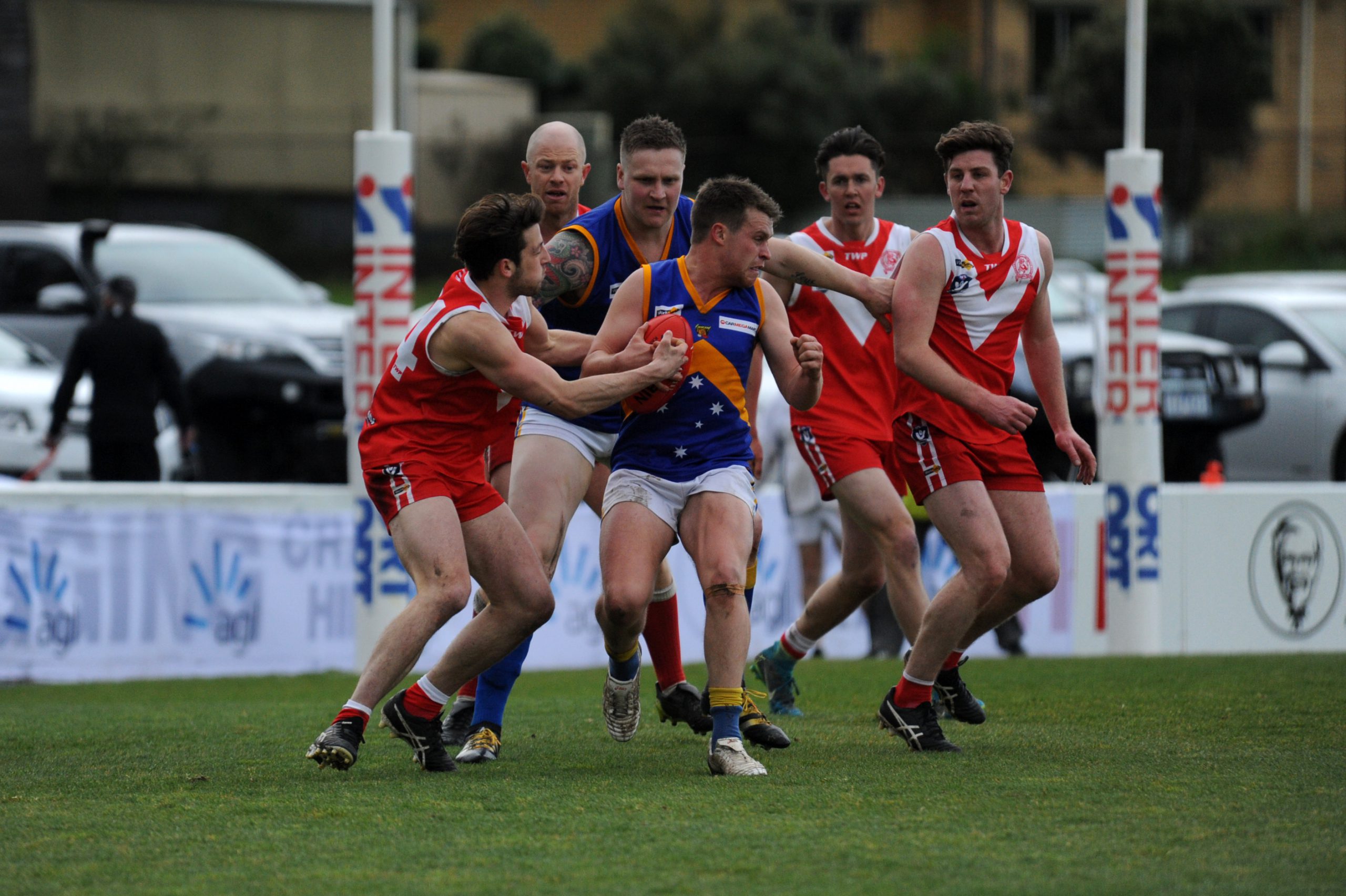 The second round of the NGFNL draws to a close on Good Friday with Churchill making its annual Easter pilgrimage to Yarram.

On what is traditionally a huge day for the Yarram community, all roads will lead to the bright lights of the local footy ground with the senior match set to get under way shortly after 6pm.

The main game of the day features the 2018 grand finalists in what is sure to be a ripping contest.

Yarram’s first home game of the year will allow the Demons to unfurl their 2018 reserves and senior premiership flags in front of what will likely be their biggest home and away crowd for the season.

Churchill coach Chris Williams said the visiting Cougars were happy to be part of a big day on the NGFNL calendar, noting the senior players were looking forward to the chance to test themselves against a team he regards as one of the best-performed sides over the last few years.

In particular, he lauded the Demons “hard-nosed midfield” which contains, among a raft of stars, the league’s best player of 2017 and 2018 in Griffin Underwood.

The Demon midfield also happens to be served by one of the best rucks getting around in Daniel Vardy and 2017 rookie of the year Liam Farley.

Vardy’s task will not be an easy one with Churchill able to call upon their best ruckman for the first time this season with Nathan McRae set to run out on Friday night.

He will be joined by Blake Slater and Nick Celima who both missed the Cougars round one dominant win over Traralgon Tyers United.

Mcrae and Kurt Holt will likely share the ruck duties and will be hoping to not only negate Vardy’s influence at stoppages but get things going the visitor’s way and allow quick supply to their star-studded forward line.

With Slater assuming his spot at half forward for the Cougars, Yarram coach Matt Scholz will need to counter up to five Cougars capable of kicking a bag.

Ben Kearns in particular will have fond memories of the Yarram ground having helped himself to eight majors in a 2017 final at the venue.

Yarram also have their share of goal-kicking options with 10 players hitting the scoreboard in their big round one win over Woodside.

It was a theme that impressed Scholz and the Yarram faithful as it will be much harder for defences across the league to lock down the Yarram front end with so many avenues to goal.

With several midfielders also capable of impacting the scoreboard, the Churchill on-ballers will need to be working hard both ways to keep Yarram in check this week.

The prevailing breeze at Yarram has been known to restrict play to not just one side of the ground but to one pocket.