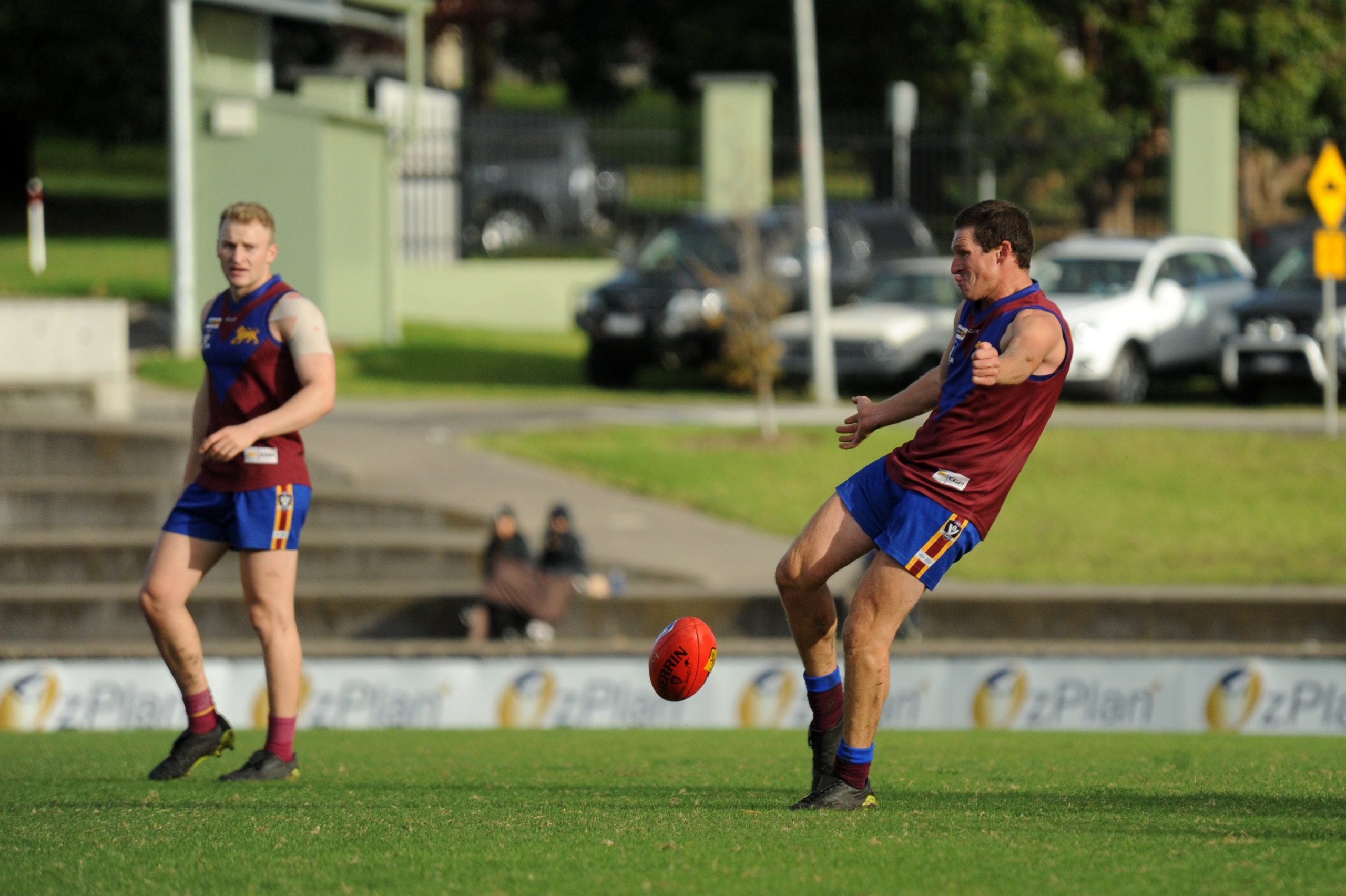 Morwell have come from behind to deliver a shock defeat to powerhouse Maffra on Saturday in round four action.

With just two goals up until the last change and trailing by 23 points, the Tigers kicked four goals and two behinds in the final term while holding the Eagles scoreless to nab a four-point win.

The Eagles had four majors and five behinds to half-time but squandered opportunities in the third, converting just one of seven shots on goal.

Maffra drop to fourth spot on the Gippsland league senior ladder after the defeat with two wins and two losses while Morwell, also with two and two, sit in sixth.

Drouin have recorded another impressive win to cement their standing as one of the most improved sides in the competition, holding off Bairnsdale on Saturday, 12.13 (85) to 11.10 (76).

In a topsy-turvy game, the Hawks burst out of the blocks to lead by 15 points at the first break before the Redlegs piled on six goals to overturn the deficit and lead by four at half-time.

The home side regained momentum in the third, holding Bairnsdale to just three behinds while adding better than three goals to head into the last quarter with a 13-point buffer.

Brayden McCarrey bagged five majors for Bairnsdale to take his season tally to 17.

Bob McCallum, Ferguson and Chris Robinson were among the best for Drouin in the win.

The sides were neck and neck for most of the game before the Gulls pull away to lead by a game-high margin of 15 points at the last change.

The Parrots had ample opportunity to kick their way to victory in the last term but converted just three of their 10 shots on goal.

The Lions found themselves in unfamiliar territory in the first half and were goalless until half-time with six behinds on the board.

They kicked into gear in the third quarter and added six goals and six behinds to set themselves up with a 16-point buffer at the last change.

Peter Ainsworth finished with three goals for the Lions in the win and was the only multiple goalkicker while singles went to eight others.

Mitch Betson and Troy Harley scored two each for Wonthaggi.

Among the best for Moe were Grady Cocksedge, Cambell Staff, Josh Wilson and Ainsworth.

Traralgon will have to keep hunting for their first win of the season after Saturday’s trip to Sale resulted in their fourth straight loss, 13.14 (92) to 66 (42).

It was slow going for both sides in the early stages of the game with one goal apiece at the first break but the Magpies tore away in the second, kicking six more goals to lead by 36 points at half-time.

The Maroons won the third quarter narrowly but allowed Sale too much room in the final quarter as they added five more goals to blow the margin out to 50 points.