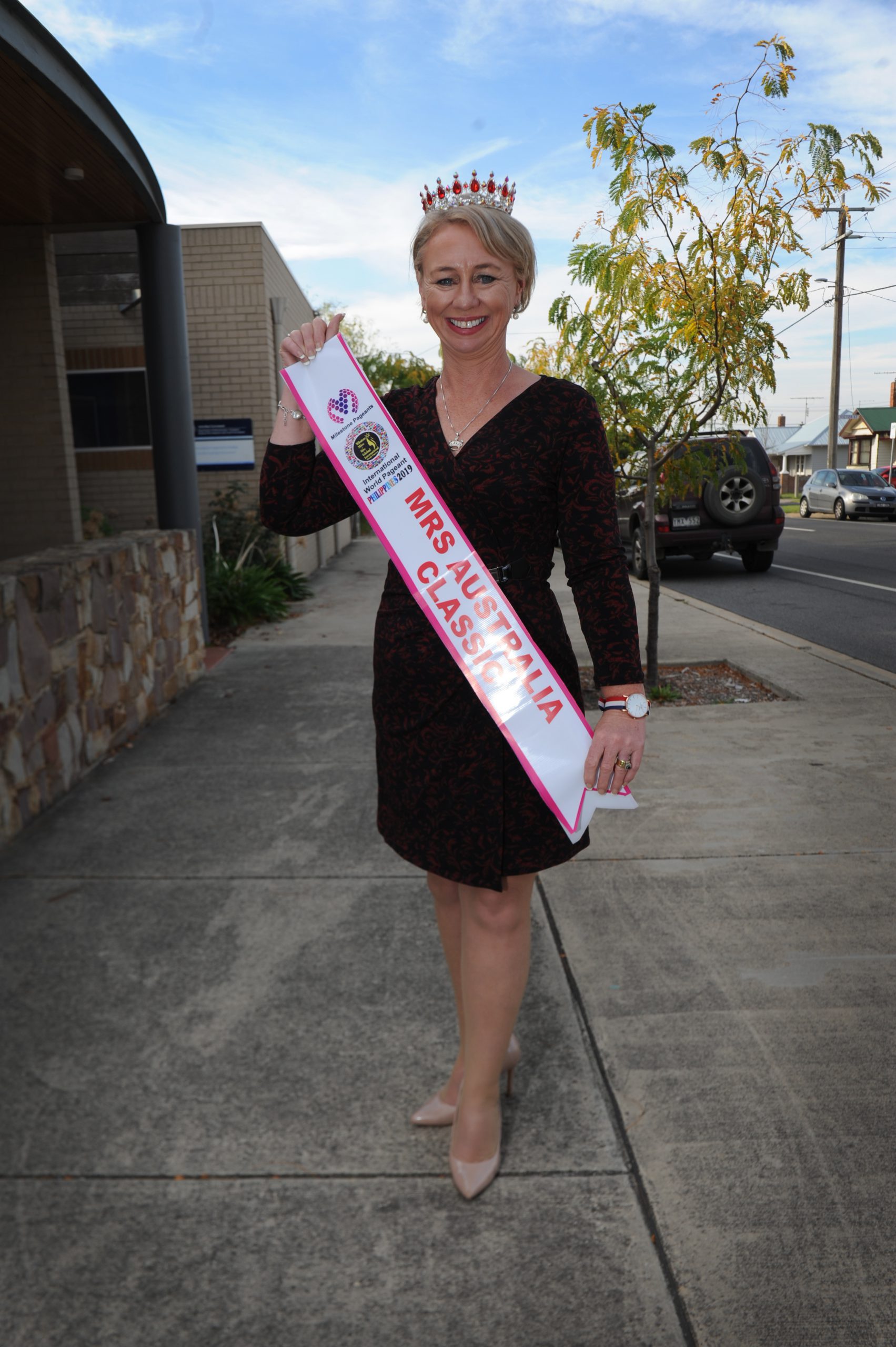 A spare piece of cake was the unlikely influence for Budgeree resident Leanne Potter to take on pageantry.

She was among a group of women more than 50 years old enjoying some dessert when one of them was faced with the option of another slice.

‘Women over 50 are invisible to society so it doesn’t matter what you eat or look like’, one woman said.

“So I’m doing the complete opposite of being invisible because I think older women have so much to contribute.”

Ms Potter’s breakthrough into pageantry at 50 has already won her awards in charity and volunteer categories and she has even noticed her confidence spike.

She will now take her sash and widest smile to an international contest in the Philippines in September.

But the competition has already started for Ms Potter in the rolling hills of Budgeree.

Ms Potter is required to create awareness about domestic violence and has been taking to social media to encourage people to start a conversation with friends and family on the issue “most people don’t want to know about”.

As someone involved at Lifeline Gippsland she said she had an understanding of a relationship between mental health and gender inequality.

“There is a research document out that says one in five in Australia believe the woman has contributed in some way to deserve the violence and that’s really scary when we know that’s not how it works,” Ms Potter said.

“It’s the biggest human rights abuse happening in Australia at the moment but none of the politicians are talking about it.”

At the Philippines’ capital, Manila, each competitor will be judged from the moment she arrives.

“It’s all about how you interact with the other contestants and the staff who are running the pageant,” Ms Potter said.

She has entered the ‘Classic’ section, for women over 45.

“There is a swimsuit component, unfortunately,” Ms Potter said.

Despite the pressure to perform at all times and a tight schedule that barely allows time to sleep or eat, she said there was “camaraderie” between the women.

“You do what you need to do on stage but off stage, you’re helping someone get dressed or fix something that’s been broken, so it’s a really lovely supportive environment and it’s lots of fun,” she said.

Ms Potter will fly over in a small team of Australians as the only Gippsland representative.