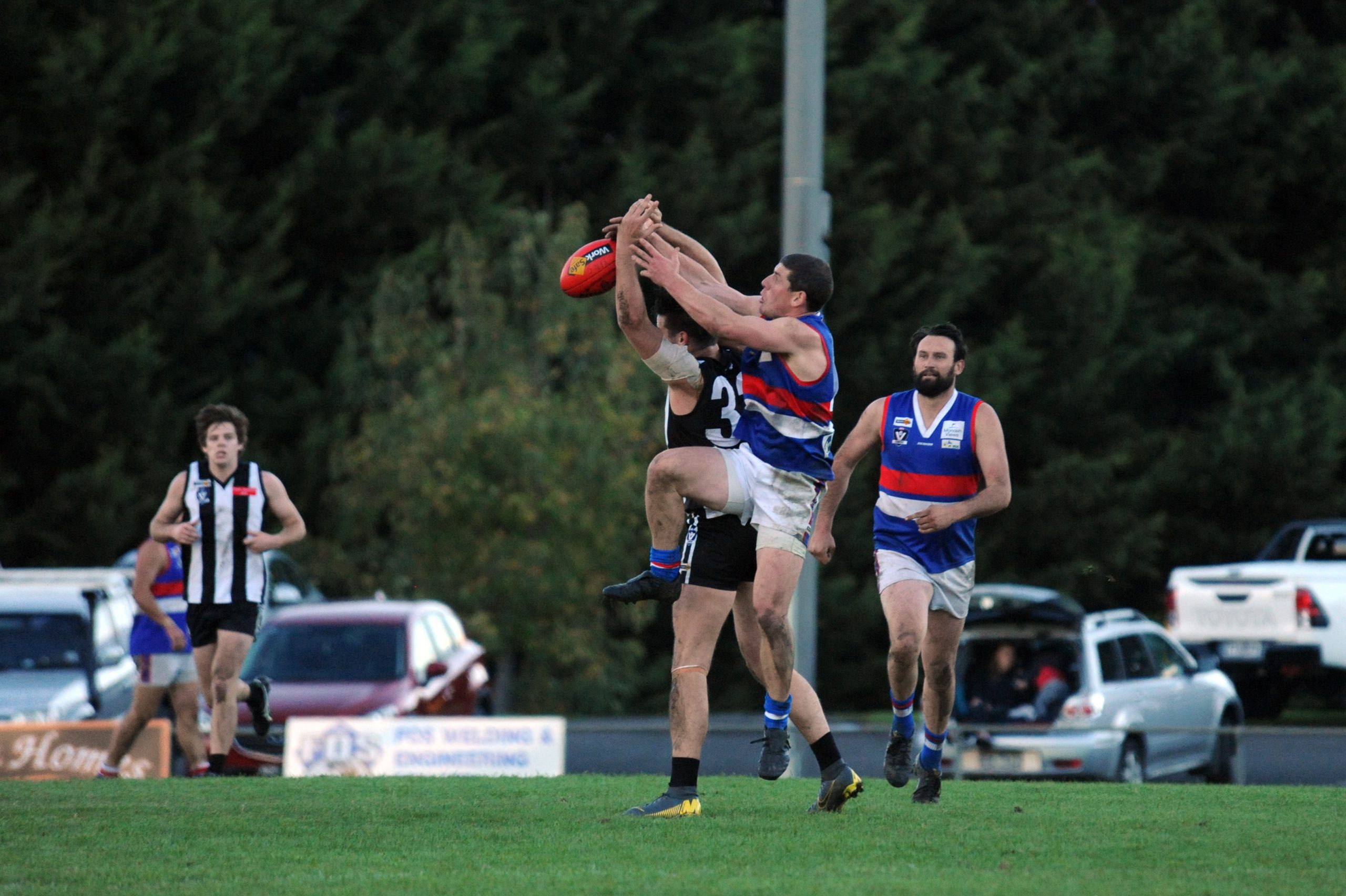 The Rovers were within minutes of claiming a famous win and led by less than a kick with just minutes to go. Keenan Hughes was pivotal again for the Bombers, his four goals the difference.

Hill End started to find some room to move after quarter-time and found themselves in front by nine points at half-time.

It was a lead they were able to increase to 16 points at the final break and it seemed the Rovers were on the verge of one of the most significant wins in the last decade.

However, the Bombers did what most expected and found a way to win.

“Credit to our boys for digging deep in the last quarter and getting the job done. I’m happy with the win but not the performance … that said, Hill End are much improved,” Bombers coach Barrie Burnett said.

The Tigers made their intentions clear in the first 30 of their weekend clash when they opened up a better than four-goal lead.

A 25-point margin was stretched out to 41 by half-time and the game was already out of reach of the home side.

“Thorpy’s pressure around the footy was pretty good but for us it was another good win and our second halves all season, we seem to be breaking away from sides with our fitness which is really good,” Tigers coach Josh Taylor said.

“The group is really hungry and guys are sacrificing their own games and playing unselfish footy to play their role which is crucial for our side now and in the future.”

The Bloods have not hit the lofty heights of form they did in their premiership year but they are starting to edge closer.

Their 10-goal win was more workmanlike than brilliant but a win all the same, and with the it comes four valuable premiership points that will be crucial for the Bloods at the business end of the year.

“It was a good performance. [I was] happy with our ball movement, defensive system and connecting into forward 50,” Trafalgar coach Clint Einsiedel said.

“Boolarra have made improvements and were really competitive in patches, they just lacked a key forward.”

Bulldogs coach Dean Caldow, though disappointed with his side’s performance, said the players’ effort was admirable.

“The effort [is] there and we are very positive with such a young, inexperienced team but we are lacking consistency and it would be nice to improve our conversion,” Caldow said.

“I sniff a win in the next few weeks”