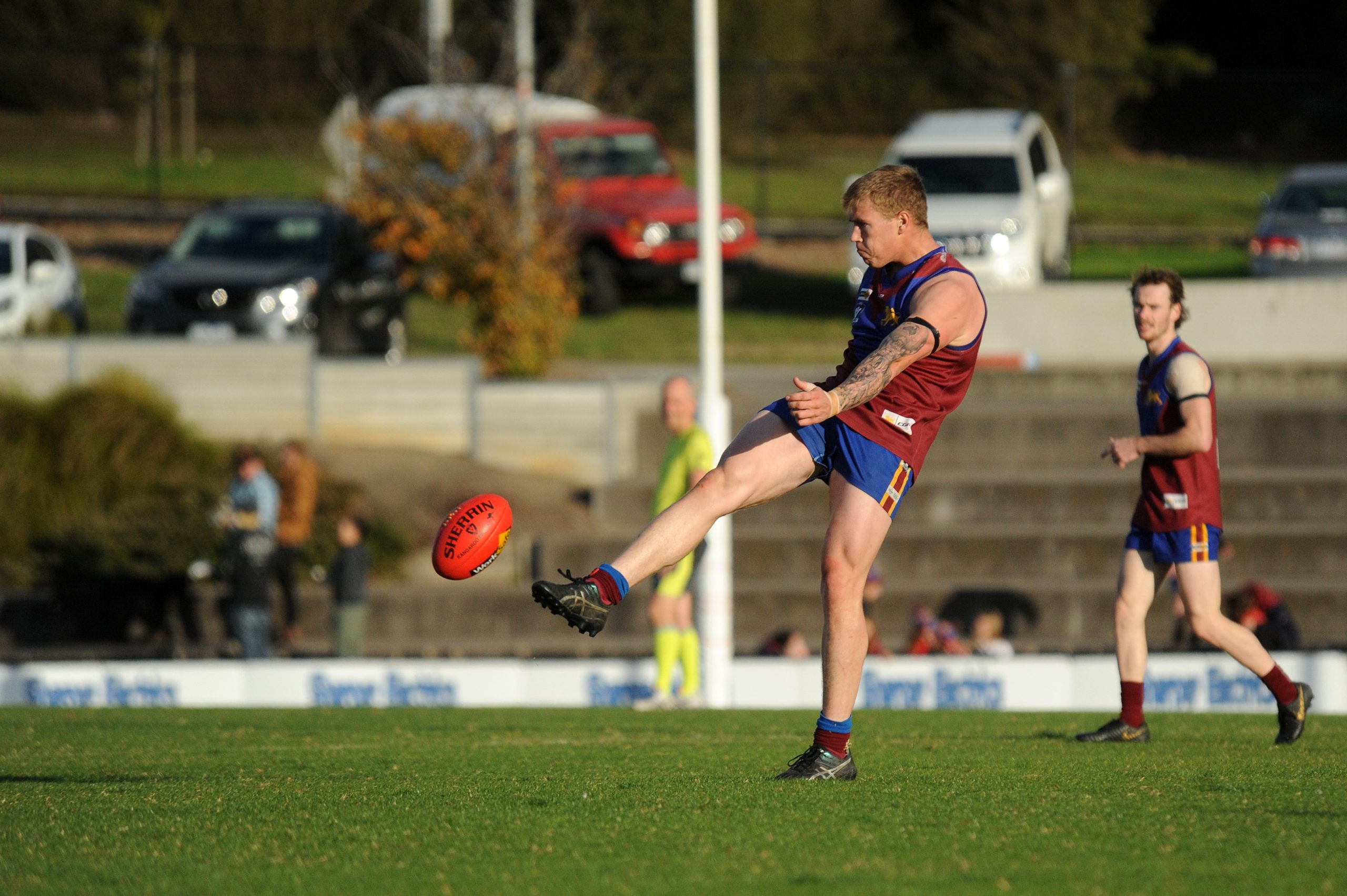 With only a third of the Gippsland league football home-and-away season complete, Saturday’s round of matches could have a major bearing on the ladder.

Two matches involve the top four teams, meaning there could be a change at the pinnacle, but results could create a two-win gap between the top six teams and the bottom four.

Sale sit atop the Gippsland league senior ladder with five wins and one loss, while Maffra, Moe and Leongatha sit equal on points, separated by percentage with four wins and two losses apiece.

Bairnsdale round out the top five but sit equal on points with sixth-placed Drouin, followed by Morwell, Wonthaggi and Warragul with Traralgon at the bottom of the ladder with only one win in 2019.

The winner of the match between Maffra and Moe could move to the top of the ladder if Sale loses at Leongatha.

The Lions have fallen from first to third place after back-to-back defeats.

Last weekend, the Lions lost to Sale by five goals at home.

Moe began well leading by 20 points at quarter-time, but only kicked five more goals while the Magpies added 13.

If they are to return to the winners’ list on Saturday, the Lions will have to end a run of 15 consecutive losses to the Maffra.

Maffra rebounded from their loss at Morwell in round four with two consecutive wins to move into second spot, ahead of Moe and Leongatha on percentage.

The Eagles weren’t troubled by Wonthaggi after quarter-time at the weekend, turning a one-point lead at the first break to a 51-point victory.

Moe was seen as one of the sides which could make big strides this season towards the top spots and Saturday’s match will be a big test for that.

Morwell will host Drouin, with both teams having lost their last two matches.

Both sides’ chances of winning last weekend were not helped by poor starts.

The Tigers sit seventh on the Gippsland League senior ladder with just two wins under their belt after six rounds of football.

On the other hand, Drouin are a spot above Morwell at sixth with three wins and three losses.

A win for Drouin could increase the margin between sixth and seventh place on the ladder to eight points.

The bottom two teams will meet when Warragul host Traralgon.

The Gulls held off a fast-finishing Morwell last weekend to move above Traralgon.

A victory on Saturday will put them in a more comfortable position as they aim to avoid the wooden spoon.

Traralgon failed to back up their first win of the season, losing at Bairnsdale by three points.

On the scoreboard, the Gulls have just two wins to their name while cellar-dweller Traralgon has one.

Four points behind Warragul on the table, the Maroons can move off the bottom if they defeat the Gulls.

Sale will head to Leongatha to play the Parrots, a team the Magpies have not defeated in their past eight meetings.

The teams met in the qualifying final last season, with the Parrots winning by 71 points, restricting the Magpies to two goals.

The result rattled the Magpies who were knocked out of the finals the next week.

However, the Magpies have begun the season in positive fashion, winning five of their opening six matches.

A hat-trick of wins, including victory over Moe last weekend, has seen them move to the top of the ladder.

Brad Dessent has kicked five goals in both of his past two matches, moving him to 16 for the season and second place on the league list.

The Magpies played well for three quarters at Moe but will need more to overcome the reigning premiers.

The Parrots are coming off back-to-back wins with centre half-forward Cameron Olden best-on-ground in both.

A six-goal to one first term set-up their 21-point victory over Drouin last weekend.

Buoyed by back-to-back close wins, Bairnsdale will make the long journey to Wonthaggi.

The fifth-placed Redlegs’ ability to win close matches should serve them well as they look to seal a finals berth.

In eighth place, Wonthaggi will aim to return to the winning home form, which deserted it last weekend against Maffra.

The Power have lost three matches in a row.