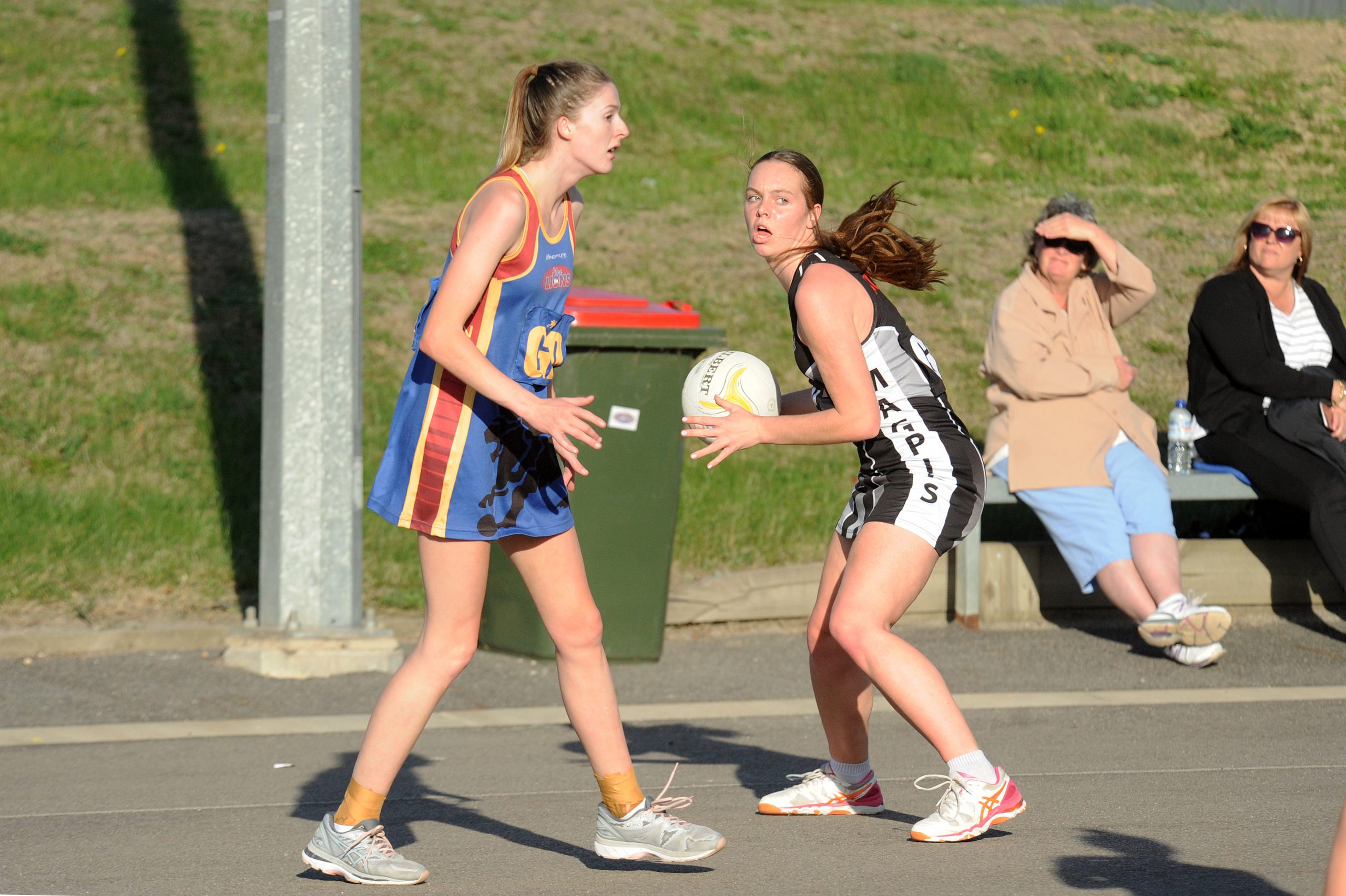 The Latrobe Valley is well-represented on the Gippsland league A grade netball ladder with Morwell, Traralgon and Moe holding top five spots with only one third of the season played.

The Tigers sit on atop the ladder ahead on percentage but equal on points with the Maroons, while Warragul sit third, followed by the Lions and Maffra who round out the five.

Six rounds of netball have already been played with the top five looking more defined as the season progresses.

In round seven, the first game for winter, the Gulls return home to Warragul to host Traralgon while Sale head down the highway to take on Leongatha.

Maffra will take on Moe on Saturday while Wonthaggi Power host Bairnsdale with the only game in the Latrobe Valley this weekend between Morwell and Drouin.

Morwell remain one of only two undefeated teams in the Gippsland league A grade division as the Tigers this week return home to the den to host Drouin.

The mighty Hawks sit seventh on the ladder having endured an ordinary start to the season with two wins and four losses.

Drouin head into round seven after a seven-goal loss to Leongatha at the weekend, while Morwell claimed the scalp of Warragul by 26 goals.

Among the best for the Hawks in round seven were Stacie Gardiner, who shot 36 goals in the clash, and Kylie Proctor who claimed 11 majors.

In a battle that will likely go down to the final minutes, Moe will travel to Maffra to take on the Eagles in a fourth versus fifth showdown.

The Lions head into round seven after a 20-goal win over Sale at home with Georgia Moody shooting 53 goals of Moe’s 62 to 41-goal win against the Magpies.

The Eagles also head into the clash after a four-goal win against the Power at Wonthaggi on Saturday.

Ellie Bates scored 22 goals, while Sophie Bolan shot the remaining 16 in the 42 to 38-goal win in round six.

The Lions have the edge against Maffra, only a game ahead of the Eagles, however, come Saturday evening, that could be a different story.

After a stunning victory against Bairnsdale on the road in round six, Traralgon will head west to Warragul to take on the Gulls who lost to Morwell on Saturday.

The Maroons sit second on the ladder, but only separated by percentage, equal on points with first-placed Morwell.

Taylin Gourley topped the scoreboard for Traralgon against the Redlegs with 36 goals, while Ramayer Gourley and Maddison Stockdale registered 17 goals, respectively.

Among the best on court for the Maroons were Caitlan Ponton and Stacey O’Brien.

For the Gulls, Jamie Rollinson was the lead goalscorer (13) while Alexandra Cole was crowned best on court.

It will be a tough ask for Warragul, however, the Gulls sit third and, as the saying goes, “you’ve got to be in it to win it”.

The Parrots return home to host Sale after claiming a seven-goal win on the road at Drouin last weekend.

Leongatha are three from three with a third of the season played, and sit outside the top five only due to percentage.

Sale on the other hand have experienced a more disappointing start to the season after losing five of their six games in 2019.

For the Parrots, Jessica Edgar claimed 37 of Leongatha’s 57 goals in round six, and was named best on court alongside Kate Brown.

Hayley Castle (19) and Jennifer Wrigglesworth (17) shared the shooting tally for the Magpies against Moe at the weekend, while Alexandra Stephenson and Livinia Ronchi were named best on court.

It’s unlikely Sale will be able to take the pressure of Leongatha on Saturday who have a proven track record for home-court wins.

In a game that will be season-defining for one side, Bairnsdale will travel to Wonthaggi to take on the Power in a battle to determine who will become the cellar-dweller.

Both sides are yet to register wins in season 2019 and head into the game with ordinary round six performances.

Sally Deller was named the best for the Redlegs after scoring most of Bairnsdale’s goals against Traralgon on Saturday.

Meanwhile, Ellie Bates (22) and Sophie Bolan (16) were the top scorers for Wonthaggi Power while Carley Gilliland was named best on court.

A win would mean the world to both sides with the losing team likely to claim the 2019 wooden spoon.