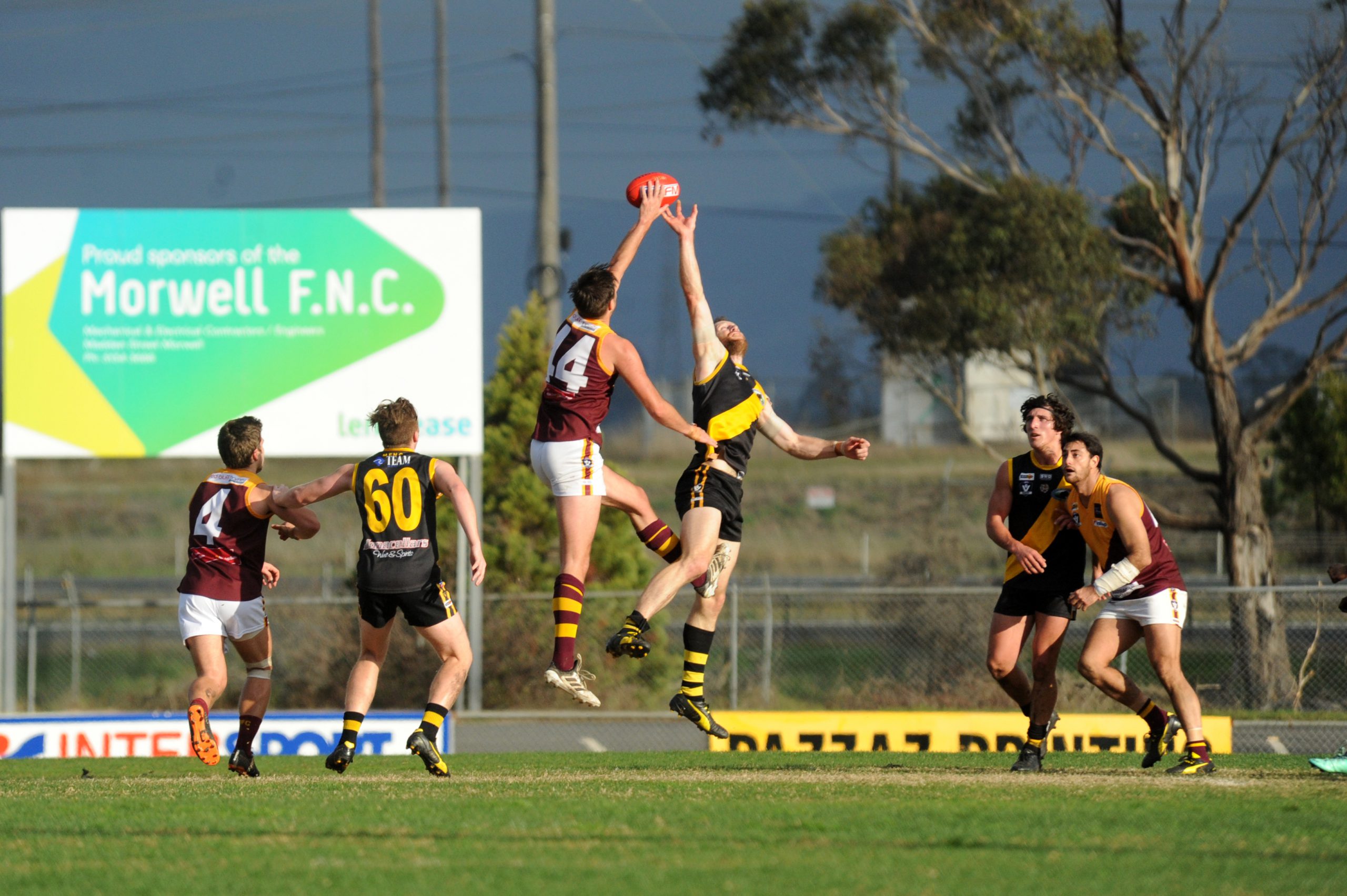 The Lions took a one-point lead at the first break but managed only one goal in the second quarter as the Eagles added another four majors.

The Eagles took a 20-point lead into the third quarter and slightly extended their lead in to 28 points at the final break.

Mitch Bennett and Jack Johnstone bagged three goals each for the Eagles in their 33-point win against the Lions while Daniel Bedggood kicked two.

Moe had four goalkickers in their loss, including Dylan Farrell (two) and Ash Duggan (one), who sits sixth on the Gippsland league’s leading goal scorers.

The Eagles’ win moves them into top spot on the Gippsland league senior ladder, separated only by percentage from second-placed Sale.

Despite the loss, Moe maintain their top-three position at third with four wins and three losses in season 2019.

The Tigers trailed by two goals at quarter-time before narrowing the margin to just seven points at the main break.

But a three-goal to two third term the way of the Hawks allowed Drouin to take a 14-point lead into the final term before winning by 18 points.

Nine players shared the goalkicking duties for the Hawks including Bailey Beck (three) and Tom Barr and Chris Robinson (both two) who led the way for Drouin.

For Morwell, Josh Hecker, Tyler Hillier and Nick Wilson each scored two majors, while singles went to four other Tigers.

The Tigers have only managed two wins in season 2019 while Drouin move into the top five with their win in round seven.

It was a slow start to the game for both sides, with the Maroons leading at quarter-time by seven points kicking just two goals.

The Maroons added another four goals to the scoreboard in the second term, holding the Gulls to just two majors before half-time.

A seven-goal third term helped Traralgon increase their lead before the Maroons eventually claimed the scalp of the Gulls by 10 goals.

The Maroons had 10 goalkickers for the game including Riley Loprese, Bailey Cameron, Dylan Loprese, Lee Stockdale and Mark Collison who kicked two.

Matthew Rennie was relied upon by the Gulls with four majors and named best on ground while singles went to Luke Di Ciero and Angus Emery.

Sale took an early lead with a 32-point margin at the first break, holding the Parrots to just one goal and a behind.

But it was in the second quarter where the Parrots flew back and added six goals to the scoreboard, allowing the Magpies only one goal and a three-point lead at the main break.

Both the Parrots and Pies added two goals in the third term, as the Magpies led by four points at three-quarter-time before increasing the lead in the final term.

Brad Dessent was the leading goalkicker for the Magpies with five, while Jordan Dessent, Jarrod Freeman and Jack McLindin added two each in their side’s win.

Despite the win the Magpies dropped a spot to second as the Parrots maintained their sport at fourth.

The Redlegs struggled to put pressure on the Power throughout the game, despite trailing by one point at the main break.

Troy East was the leading goal scorer for the Redlegs with three, while singles were shared among three other players.

The win moves the Power to ninth on the ladder while Bairnsdale dropped out of the top five to sixth.