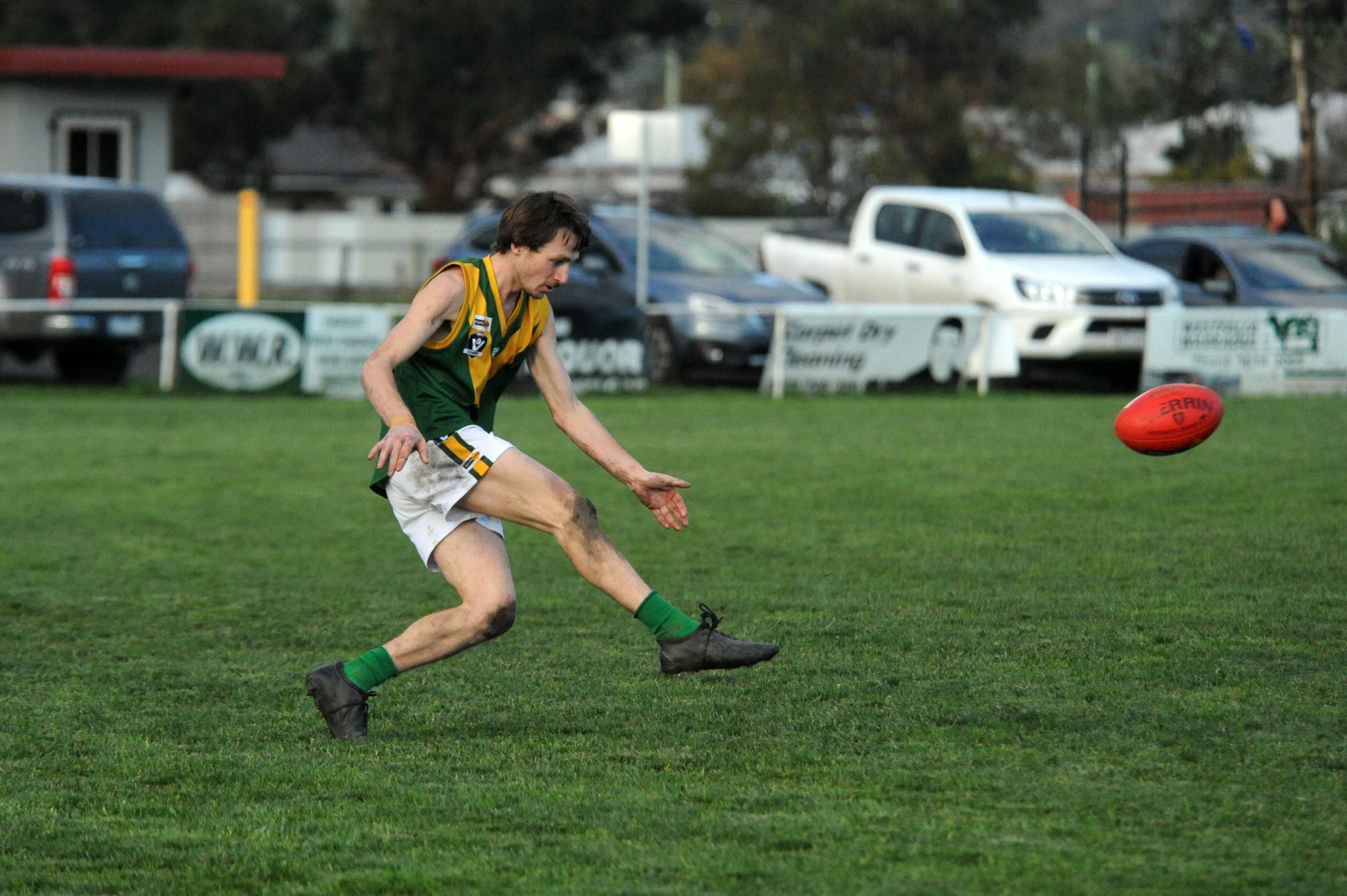 Yinnar would have had this weekend’s clash with Yallourn-Yallourn North penciled in since round three.

In that encounter the Bombers turned the game on its head in just 10 minutes after piling on eights goals in the blink of an eye during the second quarter.

For most of this season, Yinnar have been somewhat clunky with their ball movement, a consequence of player unavailability and a new coach with new ideas.

They could also do with another handful of players to top up their depth if they are to challenge the top few sides later in the year.

Causing the most headaches for opposition sides are the Bombers’ major avenues to goal in Dean MacDonald and Keenan Hughes.

The star duo seem to be mentioned weekly and sit third and first on the league goal kicking table with 39 and 49, respectively, making the midfield battle to stop supply to the two big boys at full forward crucial.

The reality is that the Bombers are going to be a tough team to beat and the pressure will continue to be applied to Yinnar as the season unfolds.

It is always difficult to predict where teams might be placed in six weeks’ time, however it seems Hill End and Mirboo North could be facing off in a qualifying final come August.

This weekend’s clash will be about both sides trying to understand what the other is capable of with the view to expose any weaknesses when it really counts.

The Tigers and Rovers will still be trying to gain a mental edge by winning but it might also be a chance to trial some positional changes or run-with roles.

They might even keep an ace or two up their sleeves.

The Tigers are still a little from their best, with no less than 12 players sidelined with soft tissue injuries.

“We’re lucky we are in great shape for a top-three spot so we should get these guys back with a couple of rounds to go and really hit out straps,” coach Josh Taylor said.

The Rovers have already hit their straps and managed to win their last seven matches in a row, but this test is at another level, even if the Tigers might not be at 100 per cent.

It demands a big show of support by the Hill End community who are rallying behind their club and their coach.

Chase Saunders has been a dead-eye in front of goal and sits second on the league goal kicking table, his consistency and accuracy a feature on the back of some great movement and presentation.

In a rare occurrence in recent years, Boolarra sit in sixth spot on the MGFL ladder two games behind Yinnar but with a game in hand that could bridge that gap very quickly.

It makes this weekend’s clash with Morwell East crucial for the Demons and it maybe a factor in Tony Giardina and his boys finding something extra against a side that sits a couple of places above them.

In a lot of ways a win this week for Boolarra could be one they could hang their hat on as a foundation for bigger and better things.

However, it will take everything they have for every minute of the game.

Morwell East have improved this year and look destined to play a part in finals but how far they go will depend on how far they can improve over the next six weeks.

They say a week is a long time in football given that a side’s fortunes can change in the blink of an eye.

For Thorpdale and Trafalgar then, a year would seem like an eternity given this time last year the Bloods were on top of the ladder while Thorpdale were not far off.

Fast forward to this weekend and Thorpdale are yet to win a game and Trafalgar have only managed three.

The Bloods concede they need a big turnaround in form to be anywhere near where they were a year ago but they also need an even bigger dose of luck now to make the finals, including winning their six remaining games.