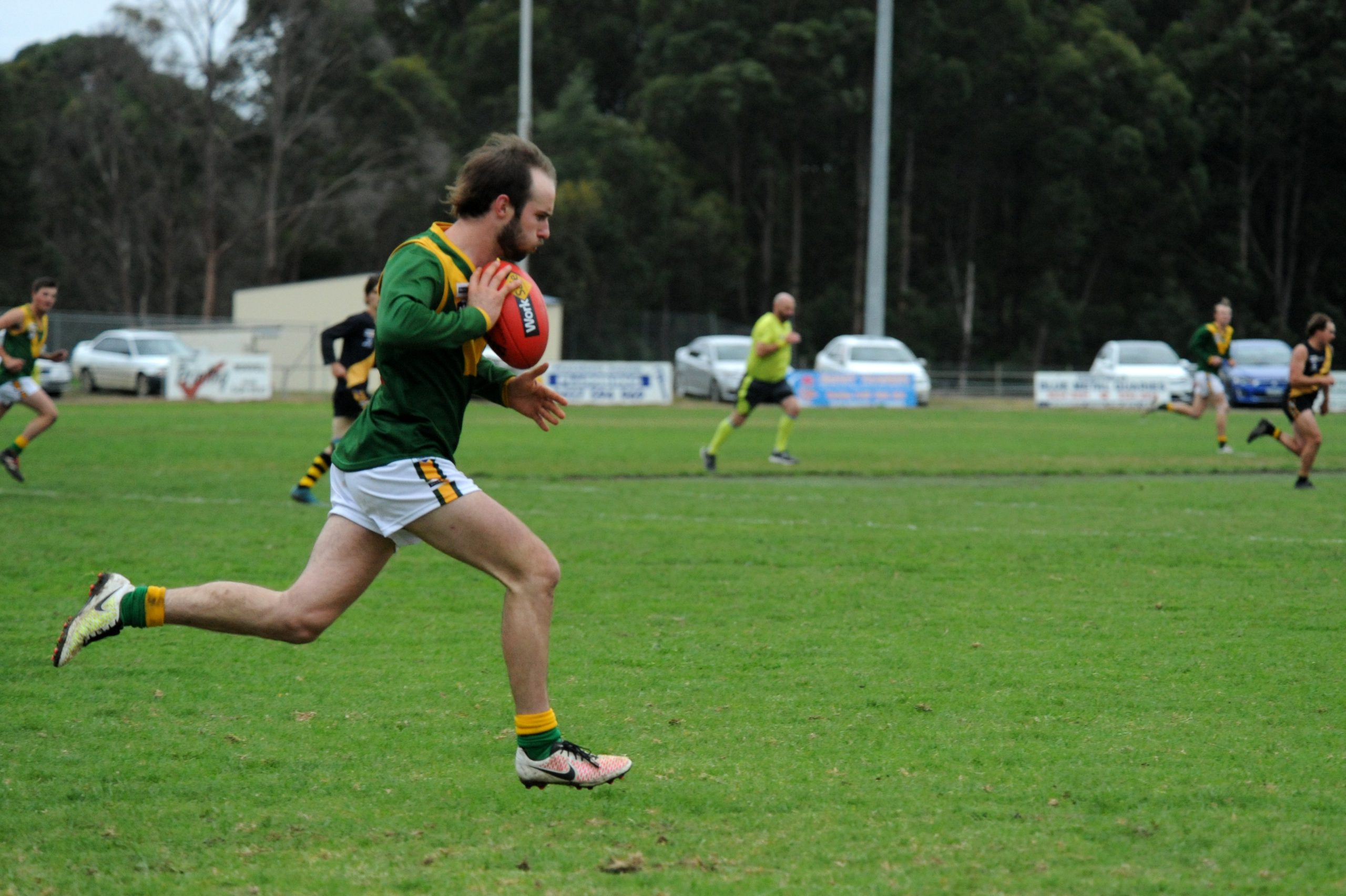 This is the one that all MGFL supporters have been waiting for – the clash between the undefeated Yallourn-Yallourn North and the in-form Hill End.

The Bombers have been in winning form since the start of the 2019 season, sometimes devastating, other times workman-like but effective nonetheless.

Hill End’s sensational season hasn’t been as obvious with the Rovers going about their business under the radar until just a month ago when they managed to string together four wins in succession.

Four wins later and that run of four has turned to eight and each week’s win seems to be even better than the last, none more so than their demolition of Mirboo North at the weekend.

The two power teams of the MGFL met back in round four and the result is one that probably doesn’t sit well with Rover’s coach Mike Santo. His side had a nine-point lead at half-time and a 16-point lead at three-quarter-time only to give it up and go down by just two points at the final siren.

This match up will be partly about winning and partly a game of chess where coaches will look for weaknesses that can be exposed later in the year when the sides will inevitably meet in finals.

Beaten by a margin and in a manner too embarrassing to revisit, the Tigers, will look to return to the winner’s list this weekend when they host Thorpdale.

Even with plenty of injuries the Tigers didn’t show any fight during their 11-goal loss to Hill End at the weekend.

For a side to be sitting in second position on the ladder and manage just the solitary goal against a team sitting below them rings alarm bells in any competition.

The job this week for Mirboo North will be to put the doubters to bed and the only way to do that is to win.

Thorpdale got their first points of the season in the weekend gone, but it wasn’t really how anybody planned that it might happen.

The neck injury to Jake Atkinson just a couple of minutes from half-time meant the game was abandoned and the points were shared.

The Blues will again front up to a top-three side who are on the rebound but they will go about their business and give their best, as they have done for all of season 2019.

Both Trafalgar and Boolarra have plenty to turn up for this weekend.

The Bloods will be looking to notch small victories for the rest of the year as any hopes of finals appear to be out of reach while the Demons are a win or two from over-achieving on pre-season expectations.

The thought that the wooden spooners of the past two seasons could be a chance against the reigning premiers seems to be a bridge too far, but given the performances of the two teams in 2019, anything is possible.

It sounds like a broken record, but if at some stage the Demons can put together four quarters of football a win against the odds is possible.

The Bloods have had a season to forget but that’s just the way some seasons go – injuries, unavailability, weather conditions and even games being called off can impact where you finish.

Boolarra can make Trafalgar’s pain even worse by claiming the points and possibly securing sixth position, a feat in itself worthy of note for the improving Demons.

A week off can do wonders for anyone but whether it’s long enough to do anything for Newborough will be brought to life this weekend as the Bulldogs prepare for a genuine top-five side in Yinnar.

Yinnar have lacked consistency this year but with the side slowly coming together the Magpies could actually be the smoky in this competition if they can get their house in order.

Newborough have earned the respect of almost every side in the MGFL with their consistent honest efforts against much more credentialed sides.

What has been most impressive about the Bulldogs are the younger, less experienced players who have fought as best they can week in, week out.

Their efforts have not gone unnoticed by coach Dean Caldow and the rewards will surely come in the seasons ahead.

At the moment the challenge is to approach the next handful of home and away games as they have the past dozen.

An unlikely win would be a great reward for the hard work given by the group, but with so much riding on the result for Yinnar, it’s unlikely an upset will eventuate.